15+ Kyoto Animation Series That Stand The Test Of Time

Kyoto Animation is a solid studio in the anime industry/. Always has been. They’re successful because they don’t follow the crowd.

When other studios are releasing dozens of anime on a yearly basis, Kyoani releases a few which end up relevant for years to come.

2018 shown us this with Violet Evergarden, and prior years did the same thing.

Here are the best anime made by Kyoto Animation!

Might as well start this off with the heavyweight, K-On. An anime that’s run for more than a decade and is still appreciated to this day.

Isn’t it mad how an anime about 4 girls being cute and living relatively normal lives could have so much impact?

I mean, all they do is drink tea, eat cakes, and make music.

K-On was responsible for the “Moe” trend that’s so prevalent today. Shows like Yuru Yuri wouldn’t exist without K-On’s influence. 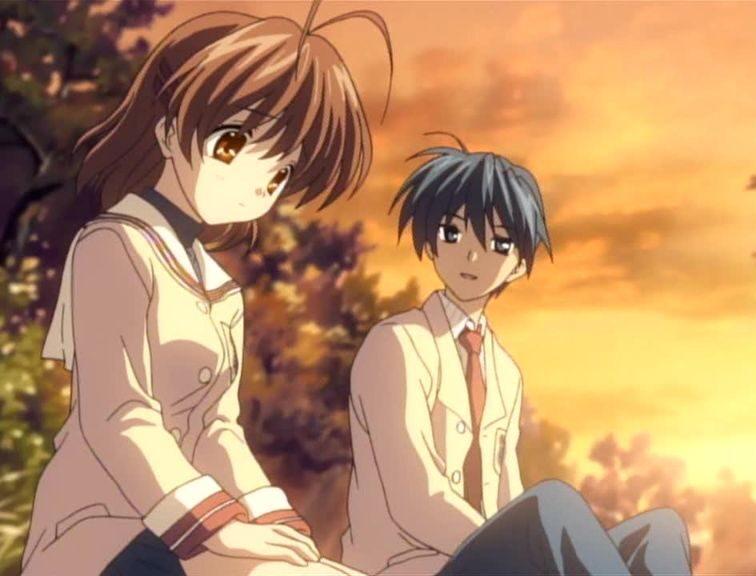 This anime is about the eventual hardships of the main characters, in a nutshell.

You can’t ignore an anime like Clannad when talking about Kyoto Animations best shows.

It’s a classic and another original alongside K-On.

The trend of an anime starting off nice, having rom com, or chilled episodes… Only for the plot to thicken and get ugly down the road.

Clannad started this in the romance genre.

Or at least it did for modern anime in the 21st century, and has a lot of influence in this area. 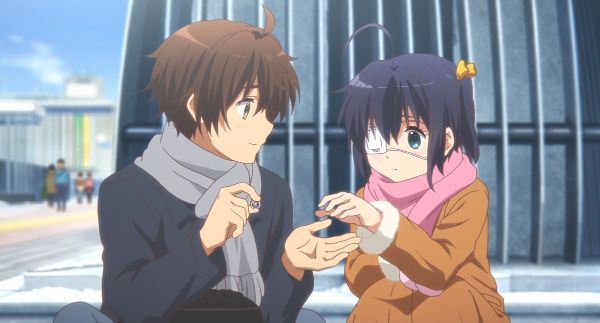 Chuunibyou is someone who hasn’t got out of the phase of believing supernatural powers exist, or immature things of that nature.

It’s something a lot of kids and teenagers do because it’s a time when your imagination is wild and the world seems bigger than it is.

Rikka Takanashi is that type of character, and her eventual romance with Yuta Togashi (an ex Chuunibyou) starts to blossom.

The comedy might make you cringe and it’s a little different in general, but it’s a memorable Kyoani series. 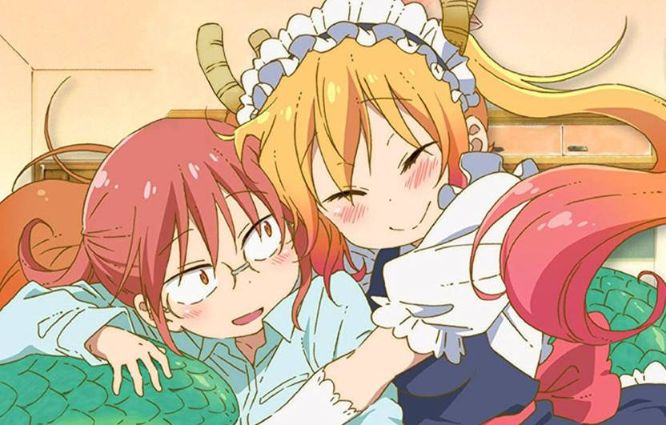 With a 2nd season coming in 2021, the hype and popularity will only be taken further. Guaranteed.

It’s an anime about Miss Kobayashi, an introvert woman who works an office job. Her life becomes a little more energetic when “dragons” like Tohru move in with her.

The trend of “cute” girls as animals has been a trend for years at this point. That happens to be part of its appeal. 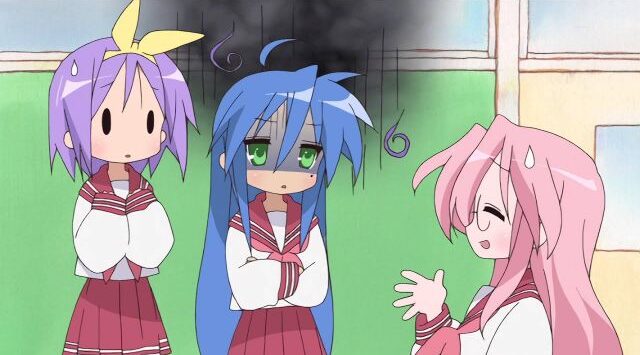 Lucky Star I feel isn’t as mentioned as other Kyoani series. But it’s one of the studio’s most known and loved anime.

There’s tons of references and “meta” moments relating to anime itself and video games. Konata herself goes to anime conventions in Japan.

If you’re about that Otaku life you’ll understand the lingo and the references in this anime, no problem. 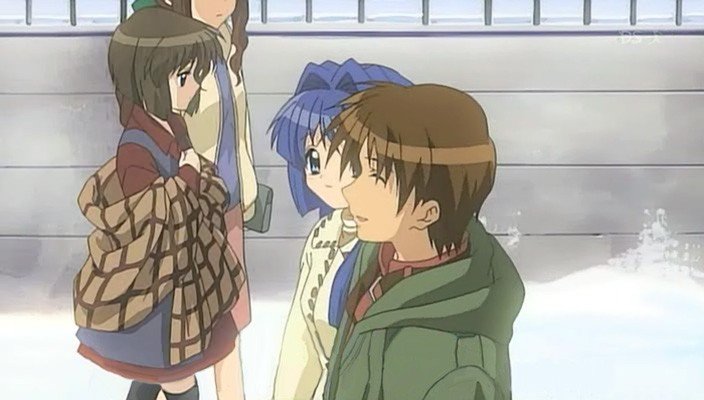 Kanon is definitely not a Kyoto Animation series you hear as often as others.

It’s like the little brother of Clannad. And Clannad happened to overshadow it a bit in terms of fame.

Adapted from a light novel series, Kanon is about a protagonist who seems to have “forgotten” the past. And gradually regains his memories as time goes by.

There’s a mystery element to it, and it’s a good alternative to Clannad with its own plot and relevant differences.

Related: The Best Slice Of Life Anime You Need To Consider 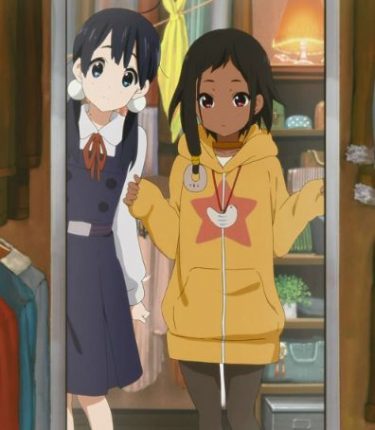 Tamako Market is like the little sister of K-On, just like Kanon is the little brother of Clannad.

It’s less known than K-On but known to Kyoani fans.

It’s actually one of my favorite Kyoani series that I don’t talk about too much. It’s so chilled and laid back that I can’t help but appreciate it.

The main character: Tamako, is the daughter of a Mochi shop owner. And they all make Mochi for the towns people where they live.

Ignoring the side story, Tamako Market is laid back, a slice of life, has some comedy but no heavy romance.

It’s a show you watch to relax.

A Silent Voice is a movie about a deaf girl who’s bullied in high school for her disabilities. It’s painfully relatable and emotional.

Later on the repercussions of those actions play themselves out. And the anime gets deep as you follow the main character’s story: Shouko Nishimiya.

This is a much better anime movie than Your Name, and I’m surprised Your Name took the credit for being the better of the two.

A Silent Voice is much more meaningful and tells an important story that needs to be shared. 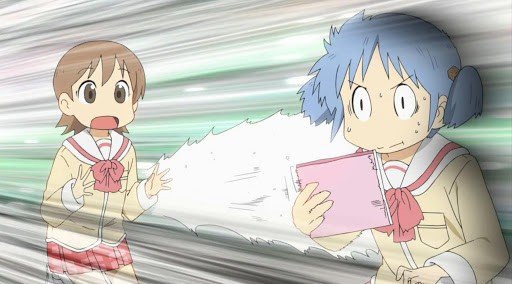 Nichijou is probably Kyoto Animation’s most over the top comedy, on some Gintama level sh*t.

Because of the extremism with the comedy, it’s the type of show you either love or you can’t stand.

Regardless, it’s an underground legend that for some reason never sold many physical copies. Or did much beyond that. 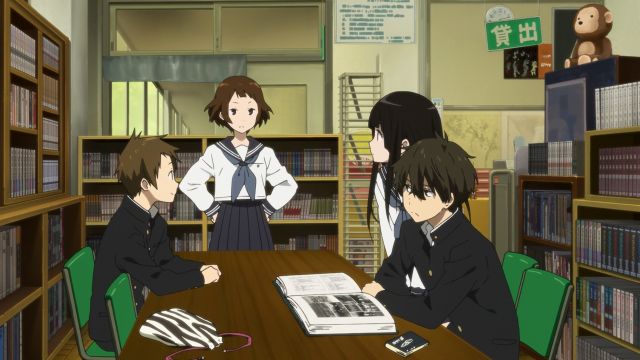 Hyouka is another one of my favorite series of all time that I don’t talk about too often.

This anime makes boring things in life seem fun and interesting. It takes the mundane and sprinkles excitement on top of it.

One character is curious, one is considered a genius, and the other two fill in the gaps as they all solve mysteries together in school.

If it’s an anime that will make you think, this is one of Kyoani’s best. 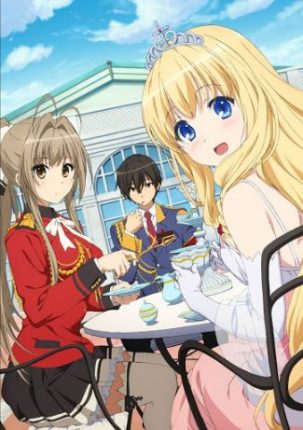 Amagi Brilliant Park is similar to Spice And Wolf.

It’s a business series where the main character does whatever it takes to revive the amusement park.

It’s more accurate to say he’s forced into doing it by mysterious characters, some who posses magic.

Not the most celebrated Kyoani series, but it’s up there and deserves credit.

The comedy is one of the best on this list.

Relevant: 12 Of The Funniest Rom Com Anime That Are English Dubbed 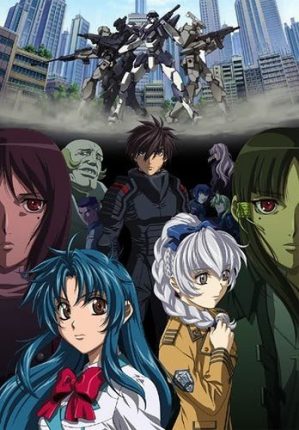 FMP is about Sosuke Sagara, a young man who grew up a child soldier. And works for Mythril, an independent anti-terrorist organization.

His mission is to protect Kaname Chidori, a teenage girl who’s being targeted.

Full Metal Panic season 1 was made by a different studio. But FMP second raid (season 2) and the spin off – Fumoffu is made by Kyoani.

The 2nd season of Full Metal Panic is considered the BEST in the franchise. And It’s not surprising.

Related: 9 Military Anime Shows That Will Get You Hooked On The Genre 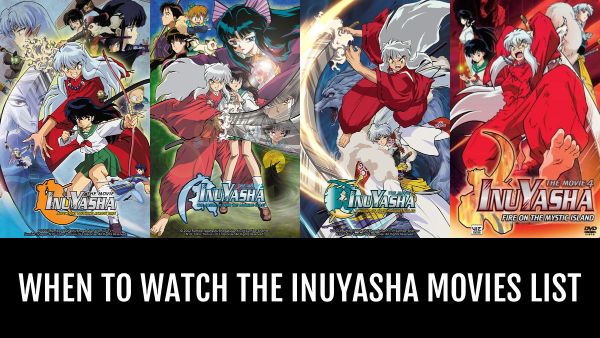 Inuyasha is a classic that was made in the late 1990’s. There’s a new series dropping in October 2020 after so many years.

It’s originally about Inuyasha, a dog demon who’s half demon half human.

He’s criticized and judged for his differences. It’s basically discrimination.

Kagome Higurashi is another main character who falls in a well and ends up in the Sengoku period of Japan, where she meets Inuyasha.

If it’s romance you’ll find plenty in the Inuyasha series, or even these movies. But it’s best to watch the series first to understand the franchise.

Related: 12 Of The Best Anime About Japanese Culture 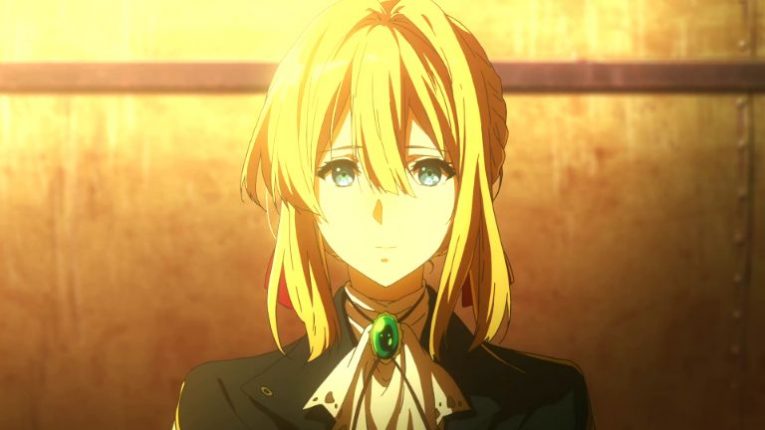 Violet Evergarden is like the new Clannad for me. It’s emotional, sad, and knows how to tell stories.

Violet is the main character who’s suffering from the after effects of the war, and the “last” moments with her major.

She’s on a mission to find out what “I love you” means since these were the last words spoken to her.

Violet’s an orphan who’s never been taught the value or meaning of love. She was only used for war and destruction.

You’ll never watch an anime in your life with as many powerful episodes as this one.

I don’t know how they did it.

Relevant: 9 Emotional Quotes From Violet Evergarden That You Won’t Forget 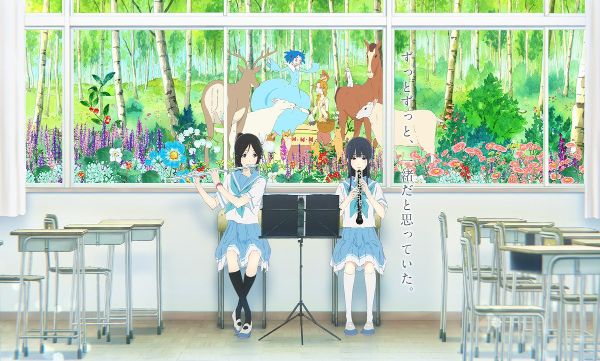 Liz And The Blue Bird is a spin off from Hibike Euphnonium’s story. Except this is an anime movie.

The main characters (who play instruments) represent Liz and the bird in the way their relationships work.

It’s a nice, soothing and a somewhat meaningful anime movie.

Nothing feels forced and that’s what I appreciate about it most.

The Melancholy Of Haruhi Suzumiya. Hibike Euphonium. Beyond The Boundary. Free! Eternal Summer.

This Is What Makes Kyoto Animation DIFFERENT