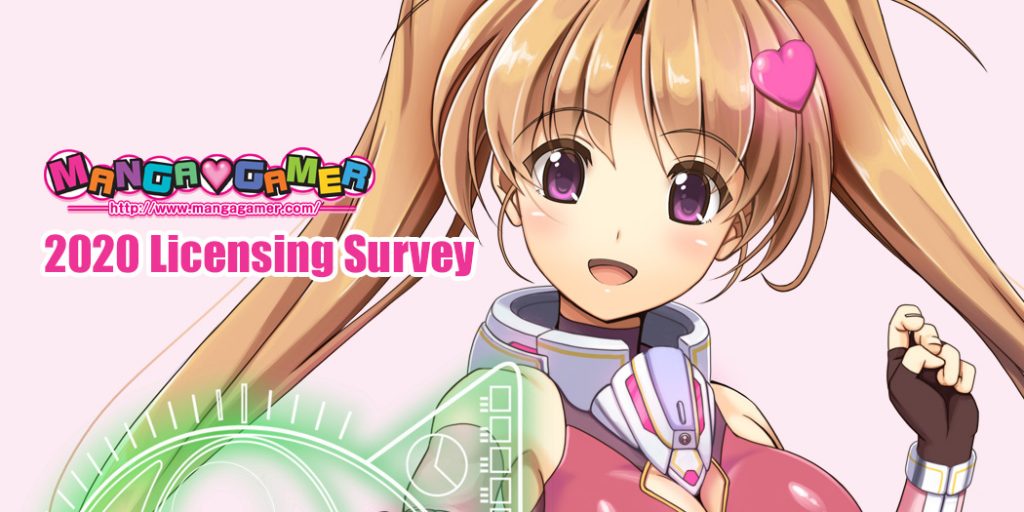 Hello again, friends! We know these have been long overdue, but with the disruption to con season this year, things have been a little out of sorts. If you’ve been following long on our Twitter, you’ve already seen the top 10 license suggestions for the year, but we’re going to be going over it again in case you haven’t, along with a brief discussion of some of the other data from this year’s survey!

The majority of respondents spend quite a bit of time researching titles before making a purchase, typically focusing on story and character details found on sites like VNDB. Most respondents are Windows users who prefer to play visual novels on PC, with digital downloads from a third party platform like Steam being overwhelmingly preferred to other formats.

Surprisingly, the voice acting was not a significant concern for most respondents unless version differences were a factor and, contrary to popular belief, the majority of respondents do not make purchasing decisions based on whether a title contains adult content or not, with a mere 11% of respondents who exclusively purchase adult titles.

Most respondents are much more concerned with the genders of available love interests than that of the protagonist.

And that about covers that! Onto the top 15 if you missed the countdown on Twitter:

Thanks again to everyone who participated in the survey this year!