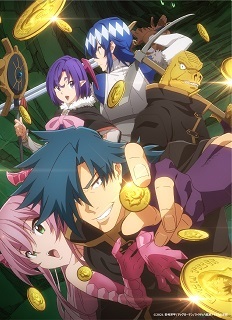 Mirai Minato (Itai no wa Iya nano de Bougyoryoku ni Kyokufuri Shitai to Omoimasu.) is directing the television anime at Silver Link., with Deko Akao (Hitomi Mieno) (Arakawa Under the Bridge) in charge of the series composition. Yuuki Sawairi (Kenja no Mago) is designing the characters.

Meikyuu Black Company has been serialized on the MAGCOMI website since December 2016. Mag Garden published the sixth volume last July. Seven Seas Entertainment licensed the manga in English in September 2017 and will release the sixth volume on May 4.

That Time I Got Reincarnated as a Slime OAD (German Dub) - Episode 4 - Rimuru's Glamorous Life as a Teacher, Part 2