Black Butler volume 29 proves that readers should be prepared to buckle in for quite a while. The manga is likely going to cover a few fronts before really settling back on the titular character and his young master, let alone show the inevitable reunion (or rather, re-reunion) between brothers.

Before Toboso sets up the next phase of the manga, first she does some check-ins with Soma, the Reapers, and the other Ciel. Soma is struggling to accept Agni’s death, and judging from how the chapter ends, I’m guessing we won’t see him for quite a while. But when he returns, he’s likely going to throw some well-laid plans off-course. Meanwhile, Othello and Grelle talk a bit about the Undertaker, kind of recapping the whole situation. Other-Ciel meanwhile starts to reestablish himself as Earl Phantomhive, and while he isn’t mad about protagonist-Ciel’s deception, this Ciel is showing signs of being mad in the other sense of the word. The glare when his aunt and uncle leave the estate, the happy smile looking out the window, disposing of Funtom Corporation’s sample toys…is it indifference? Cruelty? His own true feelings versus a corrupted personality from his state of being?

Those are questions that aren’t going to be answered anytime soon, as for now, his little brother and his companions are planning a blood blockade. After narrowing down possible leads, Protagonist-Ciel, his servants, Lau, and Ran-Mao split up to investigate four suspicious places with connections to members of the Aurora Society.

For the rest of the volume, it focuses on one of the more unusual pairings in this mission: Mey-Rin and Ran-Mao. The two of them are sent to go undercover as maids and find out about their master and why maids are constantly needed at this mansion. While the beginning isn’t terrible — the little tidbits we pick up help fill in the overall picture — it is great to get back to investigating and eventual face-offs.

It’s easy to think of Mey-Rin as just another one of the bad-servants-but-amazing-warriors like Finny and company, but here we see her capable side. Not that Ran-Mao is incapable, of course, but Ran-Mao is not much of a talker. The next volume preview shows that Mey-Rin’s past is going to be revealed, but I don’t know how much is going to be set in the present versus the past. But I liked seeing the two of them going undercover since it’s a combination you wouldn’t normally see. I can’t wait to see Lau and Baldo for the same reason. For now though, Ran-Mao’s quiet disposition also makes it natural for the often-apologetic and ditzy Mey-Rin to take more of the leader role.

I am a little bit concerned that the other three groups will all face nearly-identical situations, but depending on Mey-Rin’s flashback and how the situation at this manor plays out, we may have to wait until volume 31 to find out. Right now, I appreciated Black Butler returning to its groove versus the “but wait, there’s more!” approach of the last. 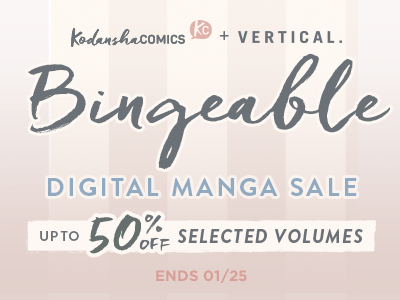