It feels somewhat weird to arrive at “You tried” as a final assessment for a series and even mean it as complimentary, but it fits given the importance of raw, earnest effort that Deca-Dence stresses as the driving force of its narrative themes. It's ultimately the only place the series can land: that our own agency and the force with which we apply it is the only control we can exert in a world otherwise entirely orchestrated by the whims of those directing it for profit. It's not so much a case of the journey being more important than the destination as it is an argument that the actions are more important than the result, inasmuch as still being able to act speaks to the success of those prior efforts. But it's ultimately still effort that doesn't fully result in clarity or closure, and with that we get an ending to the ride this series was which certainly does try, but nevertheless comes up necessarily unsatisfying.

To be sure, this is the finale of Deca-Dence, so you know it's going to show off regardless. The series seemed like it was playing things pretty low-key visually in the couple weeks running up to this, conserving resources so it would be able to deliver a big blowout finish. And while this isn't the most lush the series has looked, it doesn't disappoint. The looser, more fluid movements and expressions of characters are in full force again, and there's some delightfully obvious visual symbolism in the presentation, with the bright daylights rolling in just as Kaburagi ‘wakes up’ to pilot the mobile fortress for one last mission (Natsume's ‘Good Morning’ being an adorable touch there). With us now being aware of how humans and cyborgs look next to each other, the show plays with sense of scale in other ways, having the regular-size characters working around the massive mech-and-monster battlefield as a unique environment. And there's still plenty of time for lighthearted visual touches here and there, like Natsume's unbelievable driving skills causing her to flip a jeep with physics appropriately approximating something like the Warthog in Halo.

It makes for a fun, fist-pumping finish to follow with this finale, with storytelling touches throughout to remind us of how clever this setup has been from the beginning. Of course the resources procured for Kaburagi's use come through in a perfectly gamified fashion to motivate the Gears to log in and help, even as the service is crashing around them. It's the culmination of the lesson of resource-pooling that Natsume turned the human residents onto weeks ago. And there's a beautiful full-circle effect to Kaburagi and Natsume's last-ditch attack concept being comprised of rebuilding and reinforcing armor plating – the simple, yet important task that brought them together at the beginning of this. It draws attention to the growth of Natsume herself, who, after grappling with how much of her efforts was at her own behest for most of the series, is all agency at this point in the story. She's unleashed energy with no mentor figures around to direct her, running headlong at the biggest versions of the problems even if she has little idea of what to actually do about them.

But it's that sense of not knowing that I feel is at the core of my issues with this ending for Deca-Dence. It was to be expected, I suppose. The evils of systemic exploitation are a complex that can't hope to be pitched suggestions for reform by a funny little robot cartoon, one that itself has a production committee to satisfy and mugs and t-shirts to hawk. But there are still places where it feels like a cop-out. It's true that the whims of a tightly-constrained economic system are such that even collapse and revolution can be calculated for as paths to further schemes, but Deca-Dence lays these numbers at the feet of the inherent existence of economies themselves. The writing actually loops back around to the concept from Episode 5 of stories and the characters' agency within them as an analogue for people's participation in an economy. It's ‘all part of a grand process’ the system explains to Kaburagi, bringing up that in the broadest strokes of control, bugs and the initialized collapse of the world were planned for. But it's not some nebulous avatar of continued corporate existence that accounted for those events, just as how a story setting and the characters' actions within it don't spring to life out of thin air. People construct and direct these stories, and people ultimately guide the whims of the market they're exploiting, doing so for a profit.

Kaburagi is right to come away with the lesson that, regardless of the context, what we think we know of the limitations of the system we're in, we must continue fighting and pushing that limit as hard as we can. His argument in the face of, effectively, God in this finale brings what he learned from Natsume as far as possible in this context. But there's perhaps a too-prescient bleakness to the takeaway that, absent any singular responsible party we can easily oust, we can't actually win but simply do a little better each time. It almost reaches levels of cynicism in letting us witness the comparative briskness with which the system adapts to its destruction at the same rate as its residents. So we see the Gears and Tankers trade their Monster Hunter antics for a new Minecraft/Disneyland hybrid where Natsume gets a job she loves so she'll never have to work a day in her life! Maybe things will be slightly better in the next iteration of our lives being dictated by our corporate masters. Buy a Pipe keychain!

You can sense my frustration. But even then I find myself torn – are these frustrations with Deca-Dence itself, or with the broader real-world system it set out to depict? As I said, the core lesson is salient: All things in our lives are things the system accounts for, but that doesn't mean we can give up and let it beat us. Evolution of all stripes demands bugs, unexpected permutations that force changes and adaptations and forward motion, if only a little. Perhaps Natsume didn't fully escape from under the system in Deca-Dence, but she's left us with visions of how to keep running headlong as she does. It's a meta-effect of her inspirations to so many of the cast in the series, one last fourth-wall-break in the show's system of stories. It's arguably a testament to all of Deca-Dence's other strengths that its ending is one of the least interesting things about it. Because so much leading up to it was a culmination of the efforts its crew were so eager to shout for us. So maybe Yuzuru Tachikawa, Hiroshi Seko, and all the folks at Studio NuT didn't come down as definitively as they could with an alternative to that accursed capitalism, or manage to wrap everything with satisfyingly-tied emotional bows. But by god did they try. 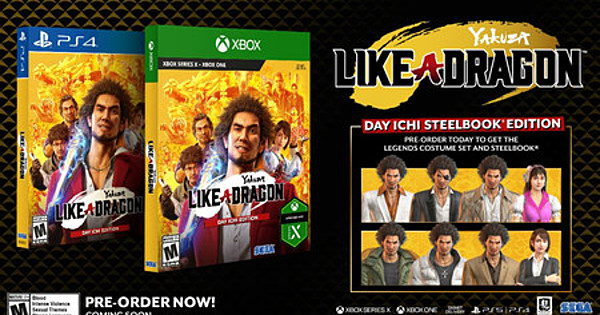 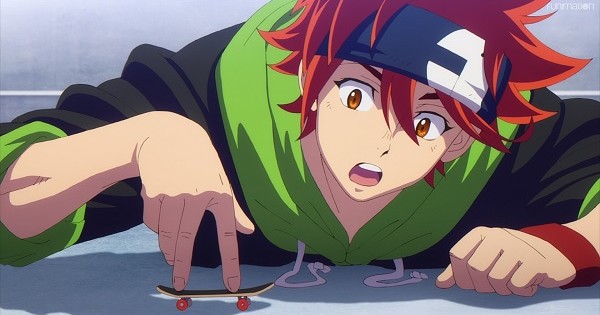 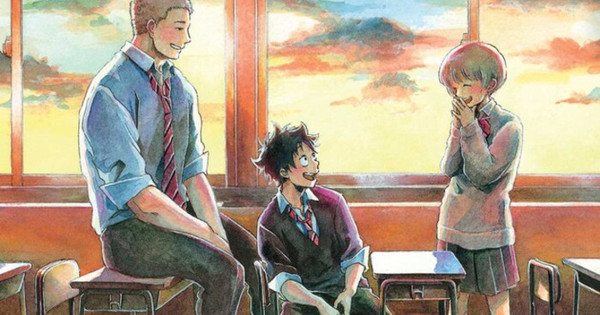