As usual, Cosmo Kramer can sum it up more eloquently than I. 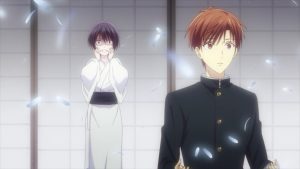 And so ends another season of Fruits basket 2019.  And a bit of a snoozer at that, if I’m honest.  In a normal year I’m sure I would have skipped more than the few episodes I did, but there just wasn’t much new anime to cover in spring and summer 2020.  As it stands we’re looking at a third and presumably final season next year – I think two cours should be enough to get the rest of the manga in, especially if it continues to cut out as much non-Yuki material as it did this time. 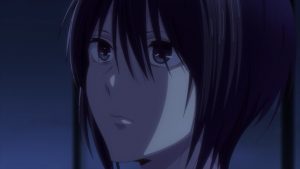 It’s symbolically fitting that in the second season finale of this reboot, Kyou didn’t even appear (apart from a short flashback).  The flipside of the above statement is that if TMS decides to put back all of the content they excised this season, they might have a hard time finishing in 25 or 26 episodes.  And they cut out a lot, believe me – almost all of it connected to Kyou and his relationship with Tohru.  It’s almost as if Takaya-sensei (who’s clearly calling the shots this time around) is taking her revenge for Akitarou Daichi’s version by marginalizing Kyou and fetishizing Yuki even more than in the manga. 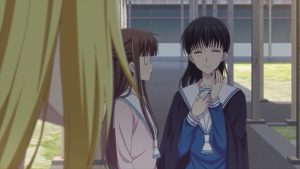 We’ll see what happens.  Honestly there’s a lot of stuff that never made it into this season that I would once have said was indispensable in Furuba’s conclusion, and Kyou can’t continue be ignored without significantly changing the nature of the ending.  Which would sort of belie the point of why this version of the anime exists in the first place, supposedly to correct the changes from the 2001 series and tell the manga ending arc.  Unless, of course, the point wasn’t to do that but instead to overcompensate for those changes and give Takara license to reimagine the story as she wishes she’d told it in the first place. 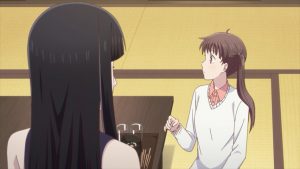 We’ll see next year, I suppose.  For now the season ends with two major reveals which should have had more buildup if that hadn’t been lost for more Yuki screen-time.  First (chronologically), we find out that Kureno has broken the Sohma curse.  Or rather, that the curse was somehow broken without his knowledge of why.  That’s obviously a pretty big deal, since as far as we’ve seen no one has been able to do this – and even more, because it shows such a thing is theoretically possible.  With all the implications that carries with it… 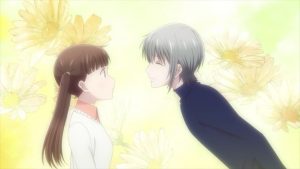 Kureno is a stealth character.  He’s barely a blip in terms of screen time – even less in the anime than the manga – yet he’s at the center of some of the series most crucial plot developments.  Lots of questions are begged here, not least of which whether someone else might be able to follow his lead – and of course, who the now-unaccounted for Sohma member is.  As for Kureno’s romantic link with Ao, that doesn’t register much with me.  But it’s certainly rather tragic that he’s chosen willingly to tie himself to a monster like Akito.  To me it’s disrespectful to the other Sohmas – he has the freedom they could only dream of, and he chooses to remain more tightly chained than anyone. 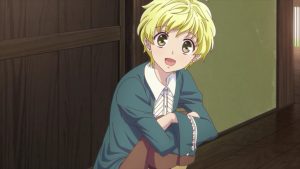 That’s the other big reveal of course.  Though honestly, I really wonder how many people (besides Tohru) hadn’t yet figured out that Akito was a girl.  I won’t say I was 100% sure of the truth when I found out but I certainly strongly suspected.  At least manga readers don’t have to dance around it anymore, which will be a lot less work.  Apart from that I don’t honestly think it makes all that much difference – whatever gender Akito is, she’s still a horrible person or God or whatever you wish to call her.  Kureno is unrelentingly loyal, it’s true, but I don’t know how much credit that earns him when the subject isn’t somehow who’s earned his (or anyone else’s) willing loyalty. 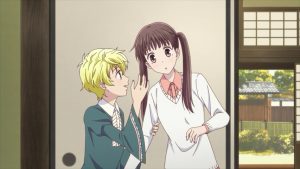 As much trepidation as I have about the final season I have a fair amount of curiosity too.  The manga ending never struck me as perfect by a long shot, but at the very least there’s no way the anime can do what it did this season without materially changing it in a very significant way.  If the anime does choose to be loyal (and by that I mean, if Takaya chooses to) to the original conclusion, it’s got an awful lot of ground to make up after this self-indulgent season with so much wasted time.