Funimation announced on Friday that it will begin streaming a "special first-look version" of the first episode of the Moriarty the Patriot anime for Funimation subscribers on Saturday at 9:00 p.m. EDT, a week ahead of the full broadcast premiere, which the company will begin streaming on October 11. The company also announced on Thursday that it will stream the Rail Romanesque anime as part of the fall 2020 season.

The television anime of Ryōsuke Takeuchi and Hikaru Miyoshi's Yūkoku no Moriarty (Moriarty the Patriot) manga will premiere on Tokyo MX on October 11 at 10:30 p.m., and on BS11 and MBS on October 13.

Kazuya Nomura (Joker Game, Run with the Wind, Black Fox) is directing the anime at Production I.G. Go Zappa and Taku Kishimoto are in charge of the series scripts. Tooru Ookubo (Sengoku Basara - Samurai Kings, Tokimeki Restaurant: Miracle6) is designing the characters and is also the chief animation director.

The story's protagonist is James Moriarty, the famous antagonist from Sir Arthur Conan Doyle's Sherlock Holmes series. In the manga, he is an orphan who assumes the name William James Moriarty when he and his younger brother are adopted into the Moriarty family. As a young man, he seeks to remove the ills caused by England's strict class system.

The 12 five-minute episodes of Rail Romanesque, the television anime of digital novel brand Lose's Maitetsu game, premiered on Friday at 25:00 (effectively, Saturday at 1:00 a.m.) on the Tokyo MX channel.

Sekai Project released the original game for PC globally via Steam in June 2018. The company describes the game's story:

Maitetsu takes place in an alternate reality in Japan, where railroads were the most popular form of travel and transportation. But the difference with these railways is that the trains were paired up with humanoid modules called “Railords.” Due to a popular new form of travel, the railroads were practically forgotten about and eventually, railways were discontinued.

The story of the anime, which features new original characters, is set in the game's fictional southern Hinomoto city of Ohitoyoshi after its successful revitalization spearheaded by Hachiroku's tourism promotion. The city is now planning to host the first Maitetsu Festival to bring together Railords and their respective masters from all over Hinomoto. Inspired by the humans planning for the festival, the famed Suzushiro and other Railords are also hosting a "Railord Summit" at the railroad station cafe Amairo to share their collective wisdom. 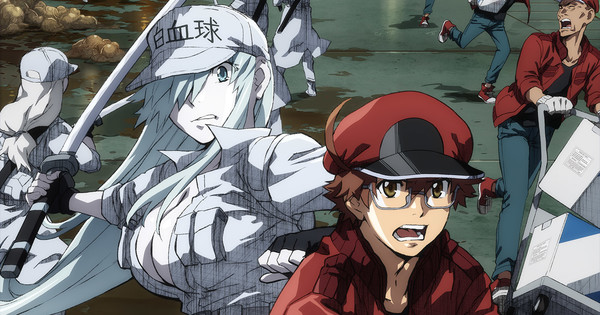