Yes, I’m returning to this show. When I joined OASG in 2014, Glasslip was the very first show I reviewed. Back then I only followed one show per season – different to now when I sometimes beg Justin to let me do half a dozen. You know, he was very skeptical of me re-reviewing Glasslip when I suggested to put it on my review list; he told me that he questioned my determination to return to watching bad anime.

Well it has indeed been 7 years since Glasslip came out. I hoped that with some level of maturity, I could look at the show again and see that there’s more to it than just watching these 6 main characters wasting their final year at high school.

Looking back, I really do think that in my original watch, I took it all too much at face value, and didn’t really think so much about how the character design was made, what the visuals of the show looked like, how each episode linked together story-wise, and so on. Is there more to Glasslip than meets the eye, though?

Set in a seaside town, five third-year kids all make the best of the time they have before they start to think about more adult things in life. We get a good amount of time with all five of them, but a lot of the focus is on Toko Fukami, the eldest daughter of the owner of the local glass workshop. The show gives the impression that she can see images and moments in the future when she stares into glass, but with the lack of cohesion in the story, that’s pretty hard to notice. More on that lack of cohesion later. Let’s dive into the other characters. Yanagi is a wannabe model, the tsundere girl of the gang, and very close friends with Toko. Yukinari is Yanagi’s step-brother who has a crush on Toko (because of course he does…). Sachi is the frail waif and glasses girl of the gang, softly-spoken and extremely protective of the people around her. Lastly, Hiro is the klutz of the gang, and has a crush for Sachi (because of course he does…).

It’s only when the summer fireworks end and everything seems to return to normal when the aloof and philosophical transfer student Kakeru comes in and throws a spanner in…all parts of their lives. And oh good lord, Kakeru is someone to talk about. Where do I even start?

Kakeru becomes someone that, instead of warming to, you actually want to dislike. In fact, as each episode goes by, it almost feels like the show is actively encouraging the viewer to dislike him more and more. His overly-philosophical tone is extremely off-putting, and you begin to question why Toko shows so much interest in him in the first place. So if it wasn’t enough for Yanagi, Yukinari, Sachi and Hiro to give him the cold shoulder, we get to do it too, almost straightaway in fact. He meets Toko and claims that he heard a voice from the future, and that it led him to Toko.

Before you begin to think about how Kakeru needs to work on his pick-up lines, the others in the gang gradually make the decision to try and keep Toko as far from him as possible. Upon first meeting in episode 1, Sachi immediately sees straight through his weird claims, Yukinari sees him as a rival for Toko’s affections, and Yanagi tries her best to protect her close friend from who she sees as some creepy weirdo that hooked her in straightaway with a crazy story about the future.

The plot of Glasslip ultimately revolves around Toko and Kakeru trying to make sense of what they have both encountered; he with his voice from the future, and she with her mysterious visions…neither of which are explained very well. That’s actually one big flaw in the show, among many. We get next to no explanation about why Kakeru hears this voice from the future or why Toko sees visions while looking through glass. Important points for the story are scattered all across each episode, meaning separate scenes and plot points can sometimes last for only a few seconds on screen. We are given several little flashbacks and flash-forwards with no real cohesion. Animation sometimes stops for no apparent reason. Other secondary characters are given next to no time to develop an attachment to. And while we are actively encouraged to dislike Kakeru, we want to sympathize with the others, but the fact that the show is such a mess just prevents that. These guys may be pretty predictable character designs, but aside from that they’re all very harmless.

I put all of this criticism out there, but there’s more to the show than you’d think; I didn’t want to take everything at face value again, like I did the first time. The Fandom Post’s review of Glasslip used the term ‘mono no aware‘ when it came to the show as a whole, and I think that’s a really excellent term to use. There’s a better explanation of the term here, but it can essentially be used to describe the beauty of seeing things go by in life, whether they be happy or sad. The 2003 movie Lost in Translation gave off this same kind of feeling; we’d watch both main characters (Bill Murray and Scarlet Johansson) bask in the beauty of Tokyo’s cityscape. The term can even be something we can see in some iyashikei shows (a fairly new sub-genre of slice-of-life that I’m really getting interested in right now); we’d watch our main characters just sit and enjoy their surroundings, or at the very least let life go by as they watch.

There’s no denying that Glasslip is a visually beautiful show, and as we watch each scene go by, we see how very pretty the seaside town they live in is, or how the glass effects gel so well with the rest of the show. Animation would stop sometimes, yes, but we’d still be treated with a pretty image. We’d let this gang-of-five (Toko, Yanagi, Yukinari, Sachi and Hiro) bask in their pretty surroundings. We’d see them in their café, or walk around town, or indulge in their little hobbies, and that’s it. That would be what would make an iyashikei show fun to watch perhaps. And so it’s only when Kakeru comes in and spoils their fun when the show collapses entirely, despite it having the intent of bringing drama, story and intrigue to it. I’ll go so far and say that if it wasn’t for the addition of Kakeru and his influence on Toko and the others, Glasslip may have been a very different and even a fairly decent show to watch.

I still stand by my decision to return to Glasslip, but this has actually been my toughest review to write to date. I’ve been able to look at it again with a different perspective, which is good. Some things from my original watch may not have changed (like how much I hated Kakeru’s character design), but I’ve always been an advocate of the idea of watching bad shows giving us, as the viewer, more appreciation of anime as a whole and how it is made. After shows like Angel Beats!, Hanasaku Iroha and The Eccentric Family, we can safely say that P.A Works really blew it with this one. They went on to make the truly outstanding Shirobako the following season though, which just goes to show how much they can be a hit-or-miss studio.

But after all the negative press and poor reaction it has received, do I still think you should make the effort to check it out? The answer to that isn’t really as black and white as you’d think. There are things to praise in Glasslip like the visuals or the predictable but likeable gang-of-five, but whether you think the poor script, lack of cohesion and continuity (and Kakeru) outweighs all that is something only you can decide. I like my iyashikei shows (going back to the ‘mono no aware‘ term there) to have some kind of substance as well as being chilled and relaxed, and I just did not get any of that here.

Glasslip is not a show for everyone, and picky writers like me can find so much to whine and complain about in every episode. In my original watch back in 2014, I did put out a lot of complaints, but it has only been in this second watch when I’ve been able to truly realize how universally panned Glasslip was, and how after releasing The Eccentric Family & A Lull In The Sea, P.A Works could have done so much better in this original show if only they put much more effort into it.

Diary of Our Days at the Breakwater Review 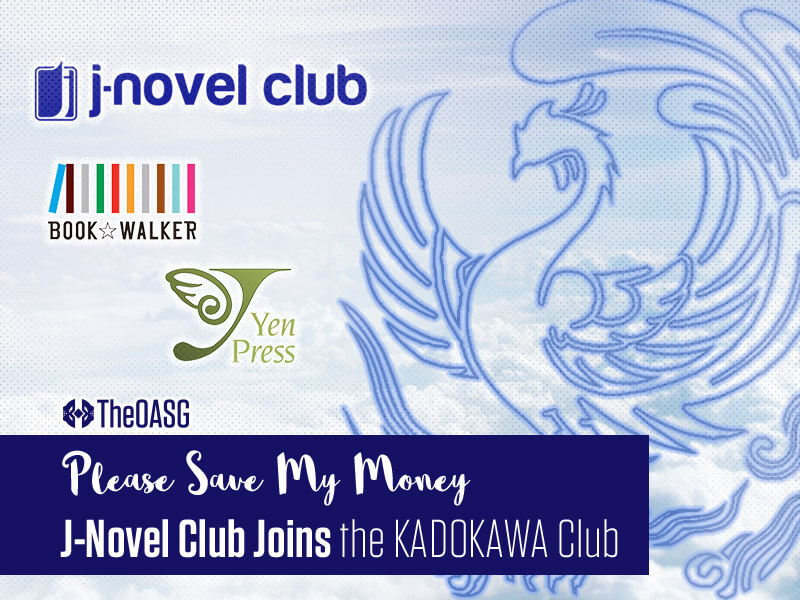