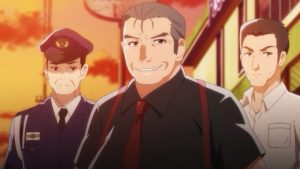 Before I delve into this week’s Higurashi, a brief detour on the subject of spoilers.  There’s a discussion on this in the comments from last week’s episode, and the fact is, there’s some stuff in my post (and earlier ones) that’s a spoiler in the sense that it’s based on prior knowledge.  But as I’ve thought about this, it seems to me that trying to discuss this remake-reboot without doing that would be effectively impossible. Essentially the whole substance of these posts is dissecting how “Gou” differs from earlier tellings of the story.  I’ll try and keep inessential spoilers out as much as possible, but if you’re a new viewer I guess a forewarning is in order – there are times when I’ll talk about what I know. 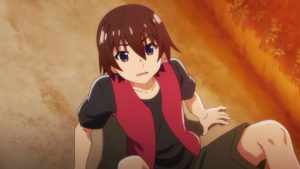 The flipside, of course, is that I don’t actually know all that much.  What’s happening in “Wataganashi-hen” is a lot like what happened the last time we saw it, but there are just enough differences to cast a layer of uncertainty on top of everything.  Since we have the Sonozaki twins at the heart of this arc, those small changes could be especially important.  It wasn’t easy to tell at times whether we were seeing Mion or Shion, and even after the fact I wasn’t always 100% sure.  That’s certainly true this time as well. 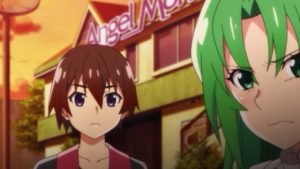 Personality-wise, as before these two seem very different.  But they also know each other as well as, well- twins.  And that means, presumably, enough familiarity with their sister’s quirks to slip into their identity when they want to.  I think the easiest interpretation (at least for me), is that the first go-around at Angel Mort was Mion posing as Shion, continuing through the delivery of food to Keiichi’s house.  And everything after the phone call in this episode is really Shion, because not only was her manner different but she seemed to be “re-introducing” herself to K1 in a way she wouldn’t have needed to if they’d already met. 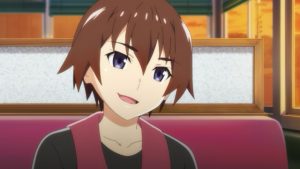 Things get a little more straightforward after that, because a lot of the rest of the episode affirmatively answers the old “did you ever see both of them in the same place?” question.  Shion’s gambit of trying to get Keiichi to buy her the same doll he gave Mion is new as far as I remember, but a lot of the rest of this felt pretty familiar.  In addition to seemingly making a play for him, Shion is also letting him in on the village’s secrets – something Mion, it seems, would rather not see happen. 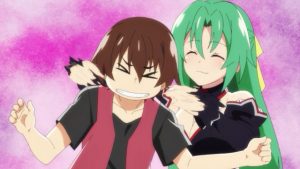 Then we have the storehouse at the shrine, which Takano and Tomitake are (once again) trying to break into.  Is it coincidence that Shion literally drags K1 away from the crowds to watch them do it, effectively making him an accomplice (or a partner in crime)?  Well, who knows – but I’m going to be very interested in seeing what’s in that storehouse because it’s going to provide a lot of clues about how the rest of this arc is going to play out… 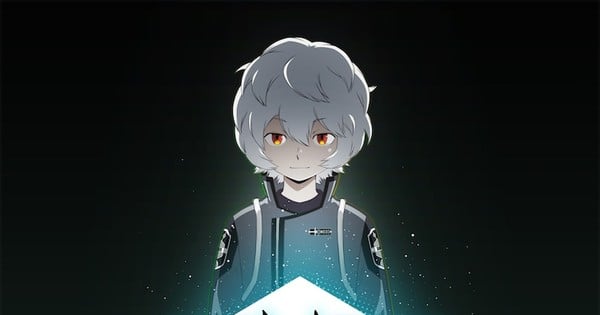 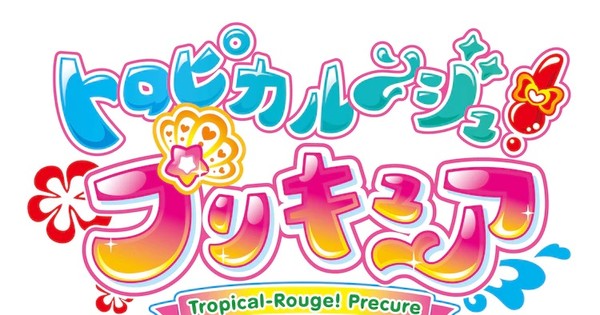 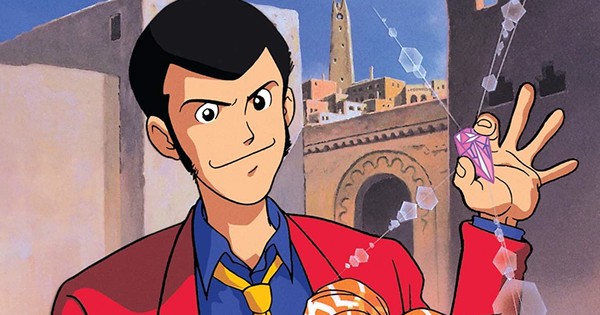