It looks like it's going to be curtains again for Keiichi, because our boy done screwed up big time. Keiichi headed inside the spooky storehouse with Shion, Miyo Takano, and Jirou Tomitake under the guise of a cheap thrill even though every one of his instincts told him it was a Bad Idea. Once inside, Keiichi sees a multitude of suspicious looking objects which prompts Miyo to go into detail about the town's urban legends.

Prior the Meiji era, Hinamizawa was known as Onigafuchi or "the swamp to hell." Legends state that one day demons arose from the swamp and headed into the village to massacre the townsfolk. The population was almost wiped out by the demon invasion until the benevolent god Oyashiro-sama intervened. His kindness won over the demons who posturated themselves before him. In order to bring peace to the village, Oyashiro-sama transformed the demons into human form and they began living and intermingling with the humans. Thus, legend states that the people of Hinamizawa are part demon and prone to cannibalistic tendencies.

The townsfolk would raid nearby villages and demon away (kidnap) a sacrifice selected by the "benevolent" Oyashiro-sama. The victim would be murdered in a ritual called Watanagashi where they would be disemboweled with a hoe at the Furude Shrine and then feasted on; their entrails sent floating down the river. Eventually the citizens gave the festival and PR makeover and began reading the "Wata" in "Watanagashi" as "cotton" instead of "entrails."

Keiichi is horrified at the history Miyo suggests and works himself into heated denial. Miyo is bemused by backs off. The trio then observe the Oyashiro-sama statue in the storehouse but its head falls off without much effort. Tomitake comes in from playing lookout and acknowledges that the head was already broken, puts the two hollow halves back together, and sets it in its rightful place. Everyone leaves but Miyo, who says she wants to take a few photos. Finally, Shion and Keiichi leave Jirou and Miyo behind. Shion urges Keiichi to lie to his friends about what took place. This is bad because whenever Keiichi lies he gets murdered~

He reunites with Mion, Rena, and Rika who ask him a bunch of questions about what he's been up to that night. Keiichi lies and it's immediately obvious from Rika and Mion's reactions that they know he's hiding something. Keiichi goes home where he runs into Ooishi who is doing usual cop stuff like hanging outside kids' houses at night. He attempts to plant more doubt in Keiichi's head by telling him that Mion is next-in-line to the Sonozaki Yakuza family and that she could get away with murder if she wanted. Props to Keiichi for sticking up for her here. He also lets slip that Miyo and Tomitake are missing and he knows Keiichi and Shion were seen with them.

Before Keiichi can get any shut eye, Shion calls him and reaffirms that Miyo and Tomitake are missing and supposedly stole a van from the festival grounds. She suggests that they were fleeing from Oyashiro's curse and that she and Keiichi could be next. Keiichi freaks out and begins yelling at Shion that it's her fault he's being targeted for going into the storehouse. Shion hangs up on him.

The next day Mion tells Keiichi and Rena that she didn't get any sleep because the Mayor is missing. While playing outside, Keiichi confesses to Rika what he did which causes her to go aggro and tell him that it doesn't matter because this timeline is doomed due to his actions. She cryptically states that Tomitake is definitely dead and maybe "they both are" but Shion is alive. She notes that Shion's survival could be bad for Keiichi.

For newbie viewers, it's important to remember that Mion and Shion have switched places before and given how Mion knows Keiichi is lying about his whereabouts during the festival, it seems pretty likely to me that it was Mion during the late night phone call. She makes Keiichi acknowledge details of the night that both of them would know are true. This episode also follows up with the return of timeline-hopping Rika. While this was made evident very early in the series, I was surprised how little the series has focused on Rika's perspective of the events. Even if you haven't seen the past series, it's important to know that Rika thought she found the "correct" ending there and so believes she knows the exact sequence of events that need to take place to achieve it. When Keiichi didn't watch her dance, she knew it spelled doom for this timeline. The reference to Shion being alive is foreshadowing for what she expects to happen based on the original "Watanagashi" arc.

HERE MARKS THE HIGURASHI SPOILER LINE. STOP HERE IF YOU'RE NEW TO THE FRANCHISE

The missing mayor coupled with Rika only confirming that Tomitake is dead is a big spoiler on who the series' villain is. That said, I don't remember a stolen truck being part of the previous anime series, but obviously the villains would need it to pull off the deaths.

The statue's broken head is also new and with how it was hollow, I could only think of an Iron Maiden. Is the whole thing hollow inside?

The next episode will likely be the finale for this arc and I'm wondering how the ending will differ from the original given some of the timeline change ups, like the doll.

Higurashi: When They Cry – GOU is currently streaming on Funimation and Hulu. 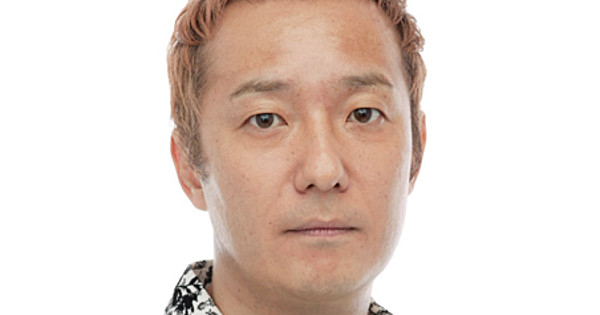