How would you rate episode 13 of
Horimiya ?

I have to admit that I've never really understood high school nostalgia or being sad to graduate from it – when I graduated high school, I felt like maybe everything would finally be okay. But that's obviously not going to be the case for Miyamura, because for him, high school was when he finally felt like he received permission to be himself, and much as their relationship may have soured for viewers, Hori was a huge part of that for him. First befriending, and later dating her showed Miyamura that there were people out there who would look beyond the walls he put up, and even more than that, not be put off by the person they found behind them. Before getting to know Hori, Miyamura was a master of camouflage: his long hair and glasses hid him from student eyes while his piercings and tattoos functioned in the same way a poison dart frog's coloring did, warning people away. Hori was the first person in high school to recognize that neither appearance was a true representation of Miyamura, helping him to feel comfortable in his own skin and to branch out and make other friends. If Horimiya as a story has a major strength, that would be it.

Unfortunately adaptation is a delicate, fragile thing to handle, and the anime never really made up for its missteps around the halfway point. That's driven home here in the final episode as we're meant to feel a little sad that we won't see this group of friends together again, because at least half of that group are people we never really got to know at all. Never mind remembering their names or color schemes, most of them got one episode tops to serve as both their introduction and storyline, and that's really not enough to make me sorry that we're not going to see Iura hanging out with the gang anymore. Even Yuki and Toru didn't get the airtime needed to truly sell their relationship's evolution, to the point where we're not even 100% sure how they ended up. Sakura obviously gave up on Toru, but that doesn't mean that he and Yuki are headed in happily-ever-after's direction. Likewise we never really got a feel for what makes Remi and Sengoku's relationship works, making Remi's little pout at the end feel like more of her usual obnoxious behavior. Then to add insult to injury, the ending credits roll over scenes from the manga that never made it into the anime.

It isn't always easy to point out where something went wrong. Horimiya has the dubious distinction of showing us plainly where the issue originates, and even non-manga readers can spot it. This is a flawed adaptation of a very good story, and that's too bad.

For all of that, though, Miyamura's finale does feel like it works. (Yes, that's ignoring the troubling Hori bits we got in the middle of the series.) His journey hasn't just been towards finding love, it's been about overcoming his feelings of unworthiness and his anxiety brought on by his middle school experience. When his middle school self says that he's going to disappear, that's not to say that Miyamura as he is now is going to forget what happened. It's more that it's no longer going to be the lens through which he views the world, a point in his life that he's ready to relegate to the past. Middle school ends. High school ends. Those aren't bad things, and for Miyamura, wondering where everything suddenly went right for him, this may feel like just another step towards a future he's feeling better about.

Even without the romance plot, that's something I would call a very happy ending. 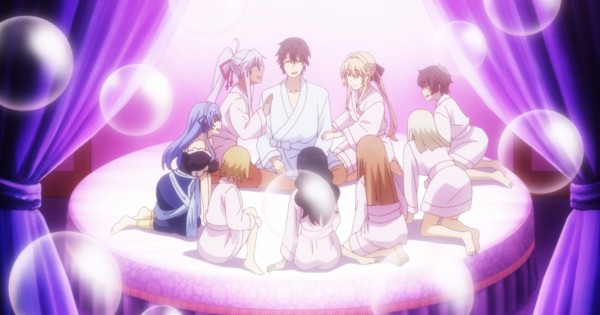 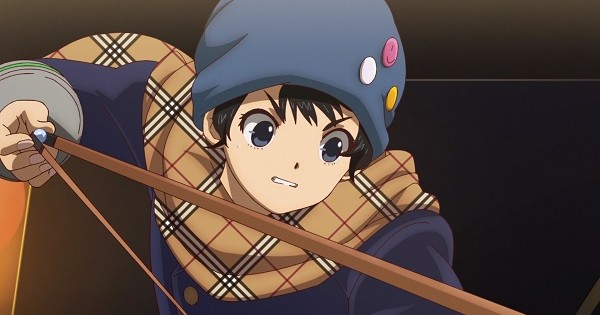