The official website for the television anime of Gege Akutami's Jujutsu Kaisen manga posted the Blu-ray Disc and DVD release schedule for the anime on Friday. The schedule, which lists 24 episodes over eight monthly volumes from January 20 to August 18, confirms that the series is slated to run for two cours or two quarters of a year. Below is the art for the first Blu-ray Disc/DVD volume's jacket cover by character designer Tadashi Hiramatsu:

The series premiered on October 2 in the "Super Animeism" block on MBS, TBS and their affiliates, and airs on Fridays at 25:25 (effectively, Saturdays at 1:25 a.m.). Crunchyroll is streaming the anime outside of Asia as the anime airs in Japan, starting on October 2.

Hardship, regret, shame: the negative feelings that humans feel become Curses that lurk in our everyday lives. The Curses run rampant throughout the world, capable of leading people to terrible misfortune and even death. What's more, the Curses can only be exorcised by another Curse.

Itadori Yuji is a boy with tremendous physical strength, though he lives a completely ordinary high school life. One day, to save a friend who has been attacked by Curses, he eats the finger of the Double-Faced Specter, taking the Curse into his own soul. From then on, he shares one body with the Double-Faced Specter. Guided by the most powerful of sorcerers, Gojo Satoru, Itadori is admitted to the Tokyo Metropolitan Technical High School of Sorcery, an organization that fights the Curses... and thus begins the heroic tale of a boy who became a Curse to exorcise a Curse, a life from which he could never turn back.

Sunghoo Park (The God of High School) is directing the anime at MAPPA. Hiroshi Seko (Attack on Titan: Lost Girls, Banana Fish, Vinland Saga) is writing and supervising the scripts. Tadashi Hiramatsu (His and Her Circumstances, Yuri!!! on Ice, Parasyte -the maxim-) is designing the characters. Hiroaki Tsutsumi, Yoshimasa Terui, and Arisa Okehazama are composing the music.

Viz Media published the manga's first three chapters in English simultaneously with Japan as part of its Jump Start initiative. When Viz then switched to its new Shonen Jump model in December 2018, the company began publishing new chapters of the manga digitally. Shueisha is also publishing the manga on its MANGA Plus website. 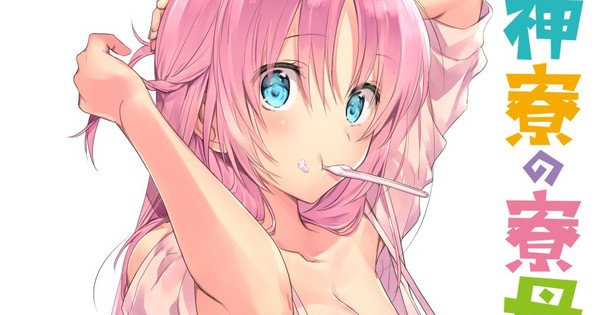