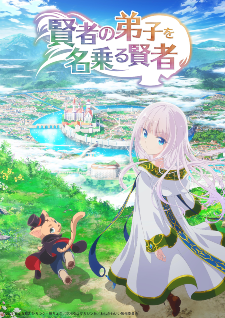 Kadokawa opened an official website for the television anime adapting Hirotsugu Ryuusen's Kenja no Deshi wo Nanoru Kenja (She Professed Herself Pupil of the Wise Man.) light novel on Friday, unveiling the main staff, lead cast, the first promotional video, and key visual (pictured). The anime is scheduled to premiere in 2021.

Seven Seas Entertainment licensed the light novel and its manga adaptation in English on November 3. The first volumes of the manga and light novel are scheduled to be released in July and August, respectively.