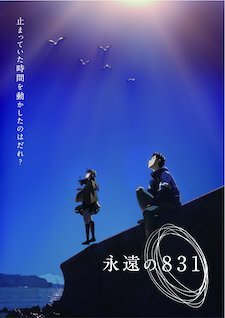 WOWOW opened an official website for a feature-length original anime titled Eien no 831 (The Eternal 831) on Tuesday, scheduled to premiere on the channel in January 2022. The website also revealed a teaser visual (pictured).

Kenji Kamiyama (Ghost in the Shell: Stand Alone Complex, Hirune-hime: Shiranai Watashi no Monogatari) is directing and penning the anime at Craftar (Soutai Sekai, Ingress the Animation). The feature-length anime is commemorating the 30th anniversary of the satellite channel WOWOW.

Digimon in the Modern Era