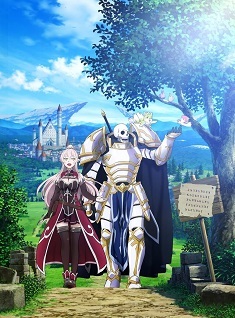 Synopsis
One day, a gamer played video games until he fell asleep...and when he woke up, he found himself in the game world—as a skeleton! Equipped with the powerful weapons and armor of his avatar but stuck with its frightening skeletal appearance, Arc has to find a place for himself in this new, fantastical land. All his hopes for a quiet life are dashed when he crosses paths with a beautiful elven warrior, setting him on a journey full of conflict and adventure. (Source: Seven Seas Entertainment)

Hakari began penning the action fantasy novel on the Shousetsuka ni Narou website in October 2014. Overlap began publishing the series featuring illustrations by KeG the following June and published the ninth volume in March 2019. The light novel has a cumulative 1.5 million of its copies in circulation.

Seven Seas Entertainment licensed both the light novel and manga in September 2018 and published the eighth novel volume on February 23 and the fifth manga volume last December.