GKIDS, TMS Entertainment, and Fathom Events announced on Monday that they will screen Lupin III THE FIRST, the first 3D CG feature-length anime film in Monkey Punch's Lupin III franchise, in theaters in the United States on October 18 (English dub) and 21 (English subtitles). GKIDS will then separately release the film theatrically in select theaters on October 23. The Fathom Events screenings will include a special introduction from director Takashi Yamazaki. GKIDS plans to release the film on home entertainment platforms this year.

The company also began streaming English-dubbed and -subtitled versions of a trailer for the film.

GKIDS announced in March that it would release the film theatrically in North America in 2020 with English subtitles and an English dub. The film competed in the Features category at this year's digital Annecy International Animation Film Festival in June.

Takashi Yamazaki (Stand By Me Doraemon, Dragon Quest Your Story) directed and wrote the film.

The iconic "gentleman thief" Lupin III returns in an action-packed, continent-spanning adventure, as Lupin III and his colorful underworld companions race to uncover the secrets of the mysterious Bresson Diary, before it falls into the hands of a dark cabal that will stop at nothing to resurrect the Third Reich. The gang undertakes trap-filled tombs, aerial escapades and daring prison escapes with the trademark wit and visual finesse that have made LUPIN THE 3RD one of the most storied animation franchises in the world, in a thrilling new caper that is sure to delight fans old and new.

Lupin III creator Monkey Punch passed away in April 2019, but the film's website posted an October 2018 message in which he had expressed his excitement over imagining how this fresh take on his character would turn out.

Lupin the Third: Part 5 is the most recent television anime in the franchise. The anime premiered in NTV's AnichU programming block in Japan in April 2018. Crunchyroll streamed the series in Japanese with English subtitles as it aired in Japan. TMS Entertainment USA offered the series' first 12 episodes for digital purchase in the U.S. on iTunes, Google Play, and Amazon Digital in November 2018. Adult Swim's Toonami block began airing the anime in June 2019. 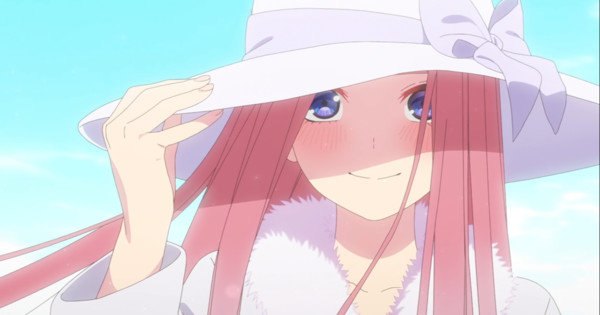