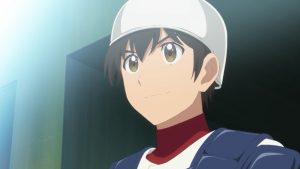 This was an episode where the rubber met the road bat in a lot of ways, starting with the first few moments and continuing to the last.  One way the really good sports series distinguish themselves from the also-rans is by using the tension of competition to reveal new facets of the characters.  That’s an area Major has always excelled in, which is a good thing since it’s a sports-first narrative most of the time (as opposed to say, Adachi).  Some of these twists were a little surprising, some not so much. 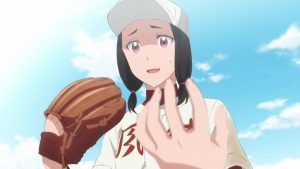 Definitely in the latter group was Chisato tiring quickly on the mound, though perhaps the speed of the collapse was a bit surprising.  We have to remember that these are middle-schoolers, and at an age where a year of physical and mental maturity makes a huge difference.  Chisato and Akira are both first-years and clearly, neither is close to ready to be a stalwart pitcher.  Chisato has already proven herself a pretty guileless girl – no nerves, no deception.  She walked out for her second inning and felt like she was done, threw two pitches, and told Daigo she was done. 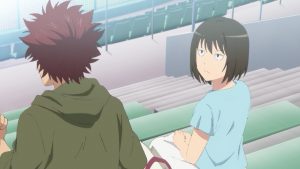 Last week we saw a side of Captain Daigo we hadn’t seen, impromptu anger.  We got a couple more of those aforementioned new facets this week, the first being abject panic.  Chisato telling him in the middle of an inning – much less just when the worm seemed to be turning – that she couldn’t pitch left Daigo pretty flummoxed.  He has no pitchers left – indeed, he mentions putting Akira back on the mound but that would truly have been a desperation ploy.  He kind of goes on tilt and begs Chisato to try and tough out the inning, but a walk following a leadoff single reveals that’s pretty much a lost cause. 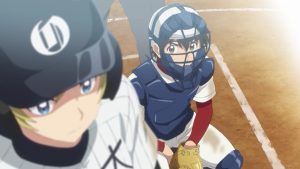 The other character who’s all sorts of faceting this week is Yayoi.  Taking one for the team is definitely a new look for her – the approach thus far has seemingly been “do the bare minimum and no more”.  Yayoi is the great enigma of this Fuurin team – clearly its most talented player but just as clearly little-motivated to commit herself to baseball.  There’s a backstory here – some incident that happened at Yokohama Little which stopped her from pitching.  But given what a freak athlete she is, it only figures that she’d be a helluva pitcher.  And though she’d refused before, Yayoi surprises Daigo  – and Tao – by asking for the ball when Chisato hits the wall. 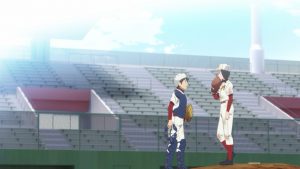 Whatever happened in the past – and I’m presuming it was an injury – Yayoi stops Tao from spilling the beans to Daigo.  But with the Yokohama trio and Michiru due up, even Sawa’s predictably impressive fastball isn’t going to be enough.  She calls Daigo out to the mound and tells him she can throw “sliders, shoots, curves – whatever you like” – leaving the poor boy flustered yet again.  Faced with this shocking array of choices he exhorts her to tell him which breaking ball she’s most comfortable throwing.  This turns out to be the forkball, which is notoriously one of the most stressful on young pitchers’ elbows.  But damn, it’s tough for a middle-schooler to hit. 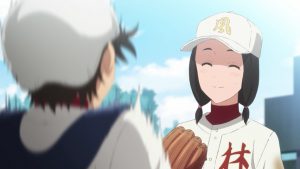 Yayoi does her job – but Fuurin is still three runs down.  And after Yayoi singles off Michiru, Daigo – heaping too much pressure on himself – chases a slider and grounds into a double-play.  And this is another new side of the little captain, despair – we’re reminded of the fragile kid from early in his Mifune Dolphins days.  Daigo may have leveled up in composure and self-assurance, but he hasn’t exorcised all the demons yet.  He still carries the complex of being a legend’s son who’s not big enough, fast enough, or gifted enough to be a star himself.  For all the grinding walks and opposite-field singles and inspired game management, sometimes he just wants to be a natural – and he can’t. 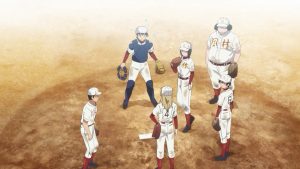 Fortunately for Daigo, Sakura always has his back.  I really like the focus Major 2nd places on the connection between these two, romantic or not.  Someone has to tell Daigo that his superhuman dedication is appreciated – that someone has noticed that he’s been “carrying the team” on sheer will power.  And it could only be Sakura – she’s the one who’s always watching him.  Her determination not to let the game end with Daigo feeling responsible pushes her to a long at-bat against Michiru, fouling off pitches with emergency hack after emergency hack, until she finally reaches on an error (bringing the tying run to the plate).  Put the ball in play and you give yourself a chance – and the younger the competition, the better the chance. 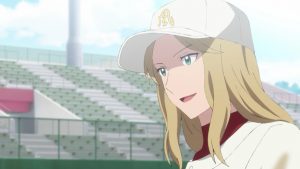 But wait, who’s that walking into the ballpark just at the death, with two outs in the seventh?  More father of the year points for Goro, who deigns to present himself at the moment when the game would have just ended if that error hadn’t happened.  I’m sure he’s been off playing in the Ecuadoran League or something, but even Goro makes an occasional pinch-parenting appearance I suppose.  It’s all the more reason for Daigo to be proud that he’s managed to get this far with almost no support from his father, but I certainly hope Goro’s presence doesn’t somehow materially impact events in Fuurin’s favor.  This is Daigo’s team and his game to win or lose, and I don’t want to see that cheapened in any way. 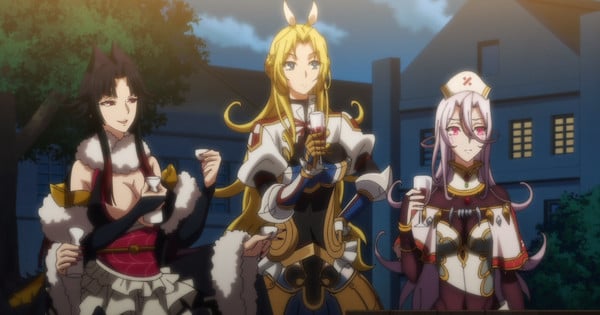 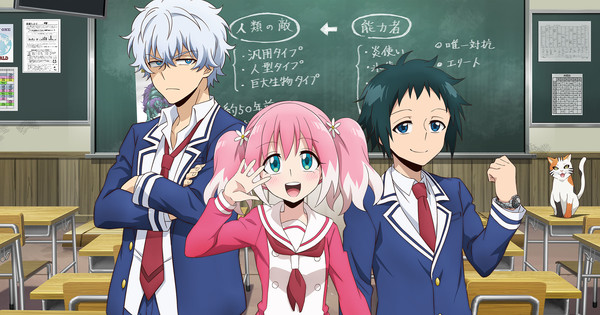