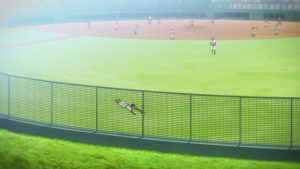 A couple thoughts predominate as I reflect on this episode of Major 2nd, one of the best of the entire series.  First, that very often a series will share the same personality as its protagonist.  That was true of the original Major, and it’s true of this one.  I respect a series that isn’t averse to the grunt work, digging into the details and getting them right.  And that, of course, is Daigo.  Unfortunately the other thought is that I’m having to try harder and harder not to hate the protagonist of the first series… 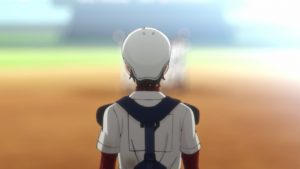 There wasn’t much preamble to the way the Oobi match concluded.  It was pretty clear at the end of last week’s episode how it was going to end, but at least Sakura’s leg cramps didn’t cost Fuurin the game.  The game itself was a bit of anti-climax, but it wasn’t really the point of this episode, as quickly became clear.  It made sense that Fuurin would lose, but how they lost was really important.  And they lost in a most encouraging way – coming within an out of winning a game they had no business winning (after having given up five unearned runs in the second), and showing their potential (not least to themselves) in the process. 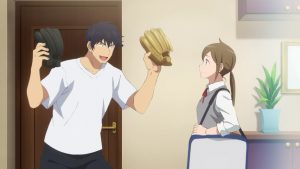 And then there’s Goro.  Seriously, this guy really grates on me.  His whole routine about using baseball to communicate with his kids was meant to be cute, but it was a sad reflection of the fact that he can only communicate with them though the game.  As if that weren’t enough he bolted town (seriously, why bother coming back at all?) without even seeing his son.  A note is not a substitute for presence, sorry.  I adore this series but the one element that bothers me is the way Mitsuda-sensei glosses over what an awful parent Goro is.  Goro is a wonderful protagonist (albeit totally different from Daigo) but he’s a terrible father. 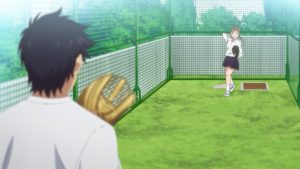 The bulk of the ep, though, really grinds on just what’s necessary to succeed as a youth baseball team.  Daigo is naturally gung ho to ride the wave of the team’s surprising success and power up for the rubber ball nationals in two months.  He proposes that Yayoi try being a closer – which, I must add, is exactly the role I had in mind for her as it’s less potentially stressful for her elbow and can use him in high leverage situations.  He initiates morning practice, then Saturday practice.  And, eventually, Sunday too. 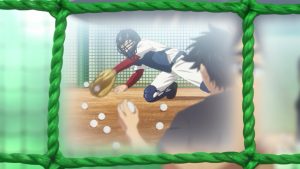 The fault lines are pretty obvious here.  Anita has emerged as a key ally for Daigo – she’s a baseball idiot too, and keen to keep her less eager comrades in line.  Tao is the biggest problem by far.  Her enthusiasm for the game has clearly been waning, and while her supposed concern over her grades is nothing but a convenient excuse, her concern over Yayoi’s health is genuine.  Seira and Chisato complain about the grind, but it’s Tao who’s the only real obstacle.  For Yayoi’s part, she seems increasingly intent on giving baseball one last serious hurrah – though she’s not the type to try and order her friend to feel the same way. 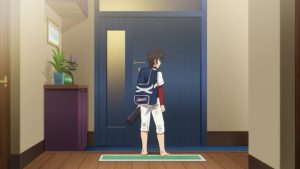 This is not a simple matter.  Tao complaining about girls being crushed under the strain of a routine meant for boys is problematical to me, because ultimately if a girl in junior high wants to compete with the boys in baseball, she really does need to work harder than they do if anything.  Tao needs to either accept that or quit, and there’s absolutely nothing wrong with either option – but she can’t have it both ways.  Her point about the physical strain on the players, however, is valid.  With only nine members Fuurin can’t afford an injury, and Anita is already carrying one.  Daigo is right to want his team on the same regimen as other serious middle school clubs – the question is whether this is too much, too fast. 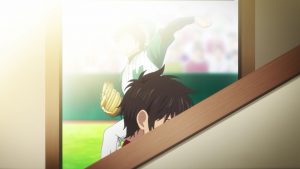 Indeed, it’s Daigo who cracks first – though this, of course, is because he’s carrying a far heavier load than any of his teammates.  Daigo’s explosion was a little petulant but he is the captain, and the fact that he does so much that the others take for granted no doubt heightened his irritation.  That’s why it was so important that Sakura came to his defense, not with the other players but to Daigo himself.  He’s a miracle worker to have gotten this team as far as he has, and he needs to hear from someone on his team that what’s he’s doing is recognized by them.  This was really a wonderful moment in the series – honest and raw in an authentically adolescent way. 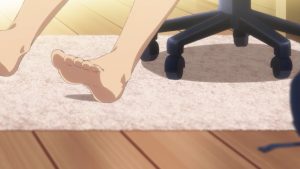 The future, then, clearly includes Chiyo (Watabe Sayumi, who was Akira in Koi wa Ameagari no You ni – and had a birthday yesterday), Chisato’s older sister.  And that’s good, since 10 is certainly better than 9.  But Fuurin is going to need more than Chiyo – they’re going to need a couple of male players quite frankly, and really strong ones too.  Not to mention a coach, so that Daigo can go back to being a captain and a player, not to mention a kid.  All that seems likely a matter for later, probably in a third season, but the foundation Daigo lays down now is going to be all-important when Fuurin is ready to move to the next level. 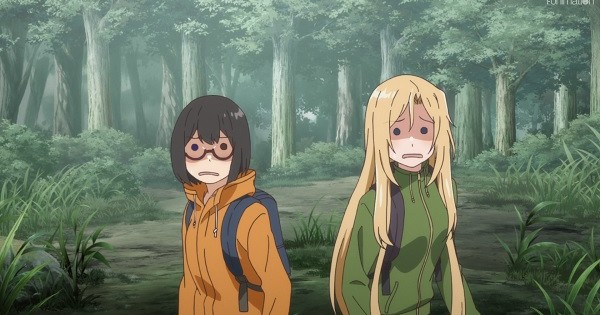 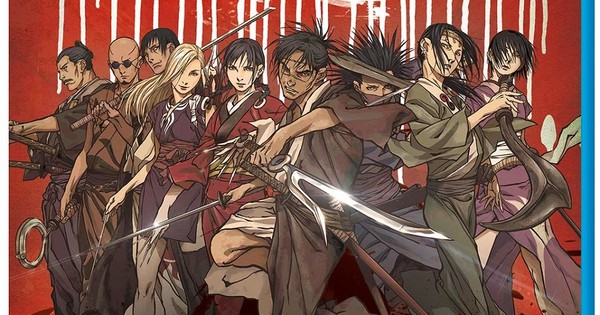 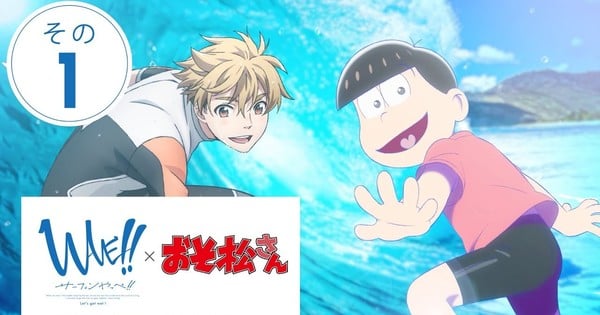 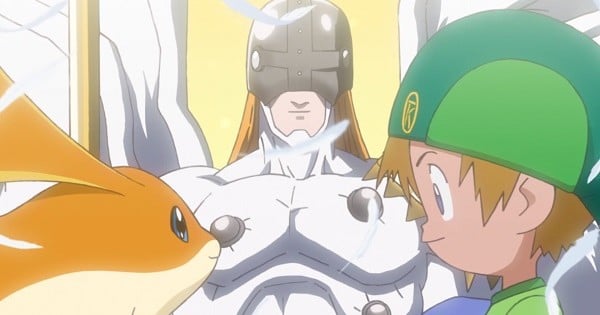