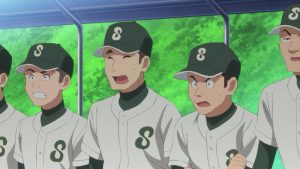 I confess I had a shit-eating grin on my face for most of this episode.  It was relentlessly amusing, a nice change-of-pace from the (excellent) tournament arc that’s been the spine of most of the season.  It’s nice to watch these kids acting like kids in a non-baseball environment – that’s one of the joys of a sports anime set with pre-high schoolers.  But the biggest laugh of the episode was definitely when Anita gave Chisato a “Bop!” on he shoulder and she let out a sort of “Uguu” and involuntarily blinked – a classic Watanabe Ayumu flourish, the sort of little touches he applies which give his series that little extra sparkle.

Chisato is emerging as a key figure in Major 2nd.  She’s cute as a button to be sure but also a low-key assassin, playing the feckless innocent while there’s a lot of calculation grinding under those twintails.  It’s her idea, as it turns out, to try and recruit big sister Chiyo onto the club.  The need was always there but it’s become especially acute because Tanba-san is officially off the team after their first-round exit in their next tournament.  He sticks around to fill out the lineup card so Fuurin can play practice games, but even that comes to an end when he breaks his wrist making a game-ending catch on a popped-up bunt. 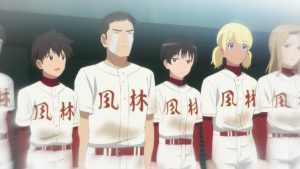 I confess I was a little disappointed Tanba never got to have a moment of glory on the diamond, though at least he went out on a nice play.  Daigo is only too happy to try and recruit Chiyo – the need to keep getting game reps in is urgent, as he knows all too well.  But Chiyo expresses no interest – in fact, outright hostility – when he and Sakura approach her about joining.  Chiyo professes to be unathletic, though Chisato reveals that to be at best an exaggeration and at worst an outright fabrication.  Why? 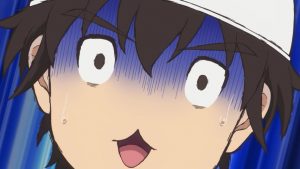 This is a really funny sequence too – especially when Daigo remarks, much to Sakura’s horror, on Chiyo’s “nice body”.  He truly is a baseball baka, I’m afraid.  Stalking Chiyo at the art club doesn’t help either, but there’s a glimmer of hope when Akira comes to drag Daigo away.  Chiyo finds Daigo annoying but Akira is apparently her type (or maybe she has a thing for younger men).  Soon enough she’s the one doing the stalking, and Daigo has aimed his radar in another direction. 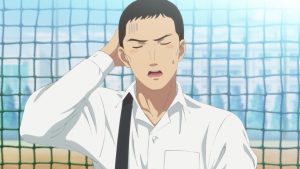 Chiba Takumi is one of the lads who joined with Nishina-kun but left for senior league (don’t worry Daigo, I couldn’t remember which one he was either).  That proved to be an annoyance for him, as (he says, at least) the coach “refuses to play first-years no matter how good they are”.  He accepts Akira’s invitation to check out the Fuurin baseball club again, and it’s clear from his first practice that Chiba-kun possesses a good deal of skill.  But it’s also clear that there’s going to be a culture shock here, especially as Chiba feels he has the club by the short hairs since they can’t field a team without him.

Daigo is in a tough spot here, no question about it.  He really does need Chiba, and not just because he needs a 9th – he needs more good players, period.  His defense against Sakura’s criticism that he was too soft on Chiba is not totally off-base (pun intended) – sometimes you need an irritant to make a pearl, and we’ve certainly never seen Tao act this motivated.  Akira is more motivated too, because Chiba annoyingly reminds him of what he was like a few months earlier.  It’s really Akira who’s in the best position to set Chiba straight, not Daigo – he’s a peer and something of a friend, and one who’s made the adjustment Chiba is being asked to make.

Now that Chisato has sussed out her sister’s interest in Akira she’s going to set the wheels in motion for sure, shameless little manipulator that she is.  That in theory negates the need for Takumi, at least technically, but I for one hope both newbies wind up with the team.  And it’s not just because carrying only nine players leaves Fuurin vulnerable to disaster in an instant – they need more players period, and Chiba is a prospect with real potential.  Even his personality – difficult to embrace as it is for now – adds something to the team chemistry that it currently lacks for the most part. 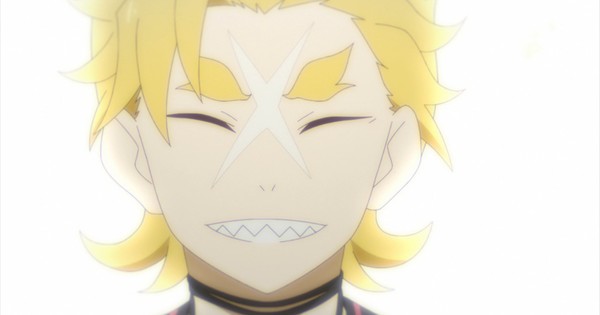 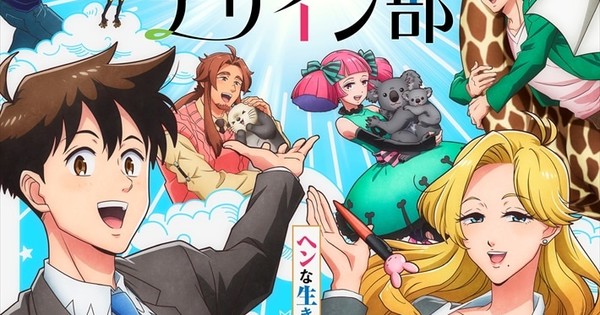 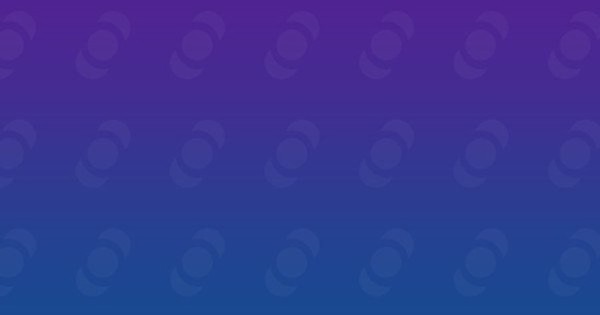 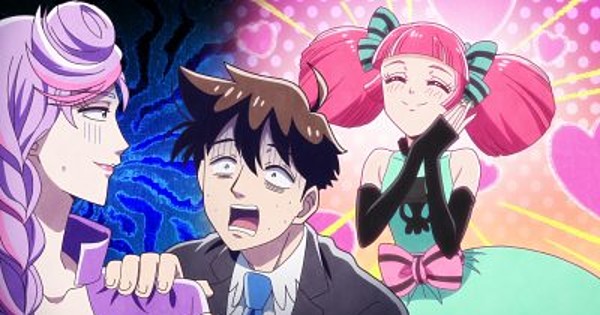