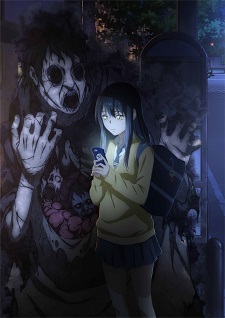 Synopsis
Miko is a typical high school student whose life turns upside down when she suddenly starts to see gruesome and hideous monsters. Despite being completely terrified, Miko carries on with her daily life, pretending not to notice the horrors that surround her. She must endure the fear in order to keep herself and her friend Hana out of danger, even if that means coming face to face with the absolute worst. Blending both comedy and horror, Mieruko-chan tells the story of a girl who tries to deal with the paranormal by acting indifferent toward it. [Written by MAL Rewrite]

Izumi originally posted the comedy horror manga on his Twitter account in September 2018, which garnered over 60k retweets and 180k likes. Kadokawa's ComicWalker web manga portal began serializing the manga in November that year. The fourth volume shipped on September 23, with the fifth volume scheduled for release on March 22.

Yen Press licensed the manga in English last July and published the second volume on February 23. The third volume is planned for a June 22 release.