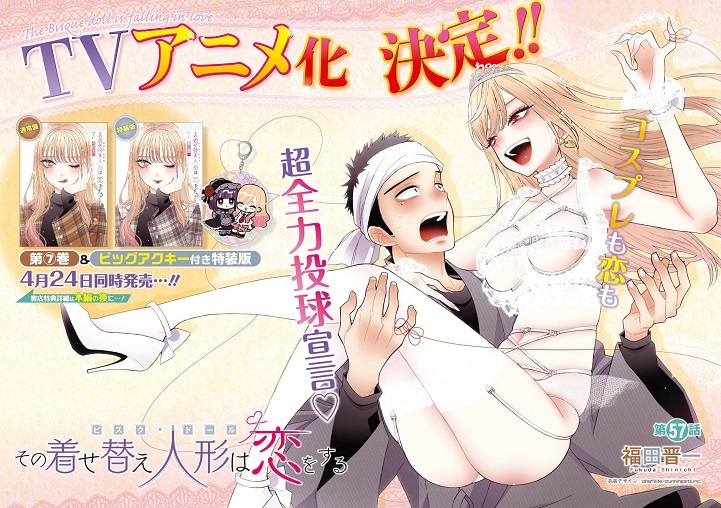 Synopsis
Traumatized by a childhood incident with a friend who took exception to his love of traditional dolls, doll-artisan hopeful Wakana Gojou passes his days as a loner, finding solace in the home ec room at his high school. To Wakana, people like beautiful Marin Kitagawa, a trendy girl who's always surrounded by a throng of friends, is practically an alien from another world. But when cheerful Marin—never one to be shy—spots Wakana sewing away one day after school, she barges in with the aim of roping her quiet classmate into her secret hobby: cosplay! Will Wakana's wounded heart be able to handle the invasion from this sexy alien?! (Source: Square Enix Manga)

Square Enix licensed the manga in English under its Manga & Books imprint in July 2019. The third volume went on sale on December 29 last year, and the fourth volume will ship on June 8.