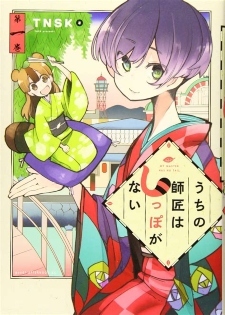 Kodansha announced on Thursday a television anime adaptation of TNSK's Uchi no Shishou wa Shippo ga Nai (My Master Has No Tail) manga.

Synopsis
Mameda is a shapeshifting Tanuki girl who dreams of becoming human someday. One day, she turns into a black-haired beauty and heads out to Osaka, but is soon discovered! One beautiful woman relentlessly says to the depressed Mameda, "Go back to where you came from!" calls herself Rakugo-ka (Rakugo storyteller). The Taisho Rakugo fantasy that will make you smile begins here!