Wakana Gojo is about to go through a trial that every cosplay maker goes through at least once: finishing an outfit in a far too short timeframe. He had no idea that there was a cosplay event coming up in two weeks until Marin Kitagawa mentions it off-hand. There’s about to be a lot of sweat and tears poured into this cosplay, but will it be able to live up to both Gojo and Marin’s hopes?

Poor Gojo. “Con crunch” is never an easy thing to deal with, even if it’s difficult to avoid (I’m almost always stitching a few last things in my hotel room or while on my way to a con) and hopefully he won’t have that issue again. Marin is terribly sorry for putting Gojo through this, especially since she didn’t actually mean to imply that she wanted the cosplay done so soon, and seeing Gojo put in so much work for her is making Marin realize that Gojo really is special to her, beyond just being a friend with a shared hobby. They’re not a couple yet but they continue to be one of the cutest high school age “couples” of all the manga I’m currently reading; outside of a few misunderstandings they have a an almost laid-back relationship but they also have such wonderful chemistry together and when one of them is happy the other perks up too.

As in volume 1, as a cosplayer I can’t find any faults with any of the costuming details in this volume, although I do have to raise an eyebrow at how quickly Gojo seems to be becoming an expert in everything. Not only does he execute Marin’s make-up perfectly (perhaps it’s just easier to look like a video game character when you’re already a manga character, figuring out how to “translate” a look otherwise takes trial and error) but even with his two weeks of nearly non-stop work on sewing the outfit, Gojo’s creation comes together a little too “easily.”

One big difference between Japanese clothing and more Western outfits is how Japanese clothing is almost exclusively made out of rectangles and straight seams, and it probably won’t surprise anyone to learn that straight seams alone won’t recreate curvy, sexed-up goth-loli outfits very well. Not only that but he’s able to pull off a near-perfect fit without doing any fittings on Marin in the process or with any kind of dress form! This is what we would generally call an “ill-advised” idea; I remember seeing a cosplayer joke once that an outfit they finished in their hotel room was their “garbage bag outfit” since they had no time to try it on in the process and for all they knew it was going to fit like a garbage bag and that was a far less fitted outfit than Marin’s!

I can forgive the story for this bit of disbelief-stretching however since it’s clearly in service of the plot: if Gojo had Marin over for fittings she would have realized their communication mix-up much earlier and they wouldn’t have made it to the actual event and that would have really shifted the emotional payoff. Additionally, the pacing in this volume is spot on and quite tight. I don’t think they could have easily fit in even one additional scene like that and still end the volume in the same place.

And this volume does end in a good place; with the pair’s first event done they’ve realized that they both get a lot of enjoyment out of making/cosplaying and it’s deepened their relationship. I’m rooting for these two weirdos, especially since it looks like a cosplay rival is coming onto the scene next time! 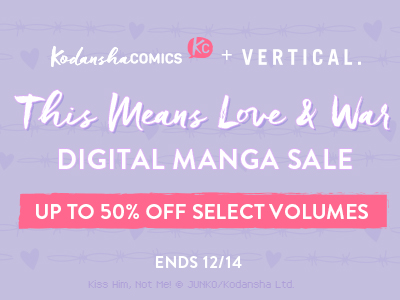