It may be a little too early, but I’ve already made some solid opinions on all three seasonal shows I’m watching, even the one that’s only just begun. Jumping ahead, I know, but these beginning episodes have had so much in the way of action and story that I can already predict on what I’m going to think of them come December, when they end. December will be the time when I end up picking my top 5 of 2020. A few of them have already found their place in that list, and perhaps the ones in the Fall season will end up alongside them.

I had to wait a while to watch this, and you can blame my own account for that. The Funimation UK service has had a few hiccups recently, with shows just not appearing when they normally do. For instance, both Mahouka season 2 and the new Love Live! show didn’t appear for a while. As for Adachi & Shimamura, I think it was more of a website error than anything else, since it worked just fine the next day. Anyway…

…first impressions mean a lot when it comes to any show, anime or not, and so when I finished watching this opening episode of Adachi & Shimamura, I was left not knowing what to think. Was it an enjoyable watch? Are either of these two likeable characters in this adaptation? Was all of these metaphorical moments of clouds, sea and ping-pong balls really necessary? More on those later though; instead I’ll start with my initial thoughts on both of these main characters.

We see them both for the first time as school truants. Both of them go up on the gym roof and play ping-pong because they have nothing else to do, and don’t especially want to head back to class. First meetings like this are fine enough, but I was still left conflicted. As well as being on the outside looking in, we are given narration from the both of them, which sometimes felt confusing. Although in this first episode we hear mostly from Shimamura, I was initially under the impression that we’d only see this all play out from the perspective of one of them, and so hearing narration from both of them threw me off a little.

Both Adachi and Shimamura are characters that we can warm to sooner or later as episodes go by, that much I’m very certain of. Adachi is portrayed as that weird girl that no one sees and has no friends, while Shimamura is seen as the fairly normal girl with fairly normal friends. At first look, one would not really see this as a yuri show to be honest, but then again, that’s something I quite like. I mentioned in my preview post that I was looking forward to the slow-build relationship these two girls develop. It’s certainly starting right now; I guess it’s just the other little things I see in this opening episode that stand out.

It’s not hard to miss all of these surreal visuals of the two of them floating in clouds or the middle of the sea…used as metaphors, of course. They certainly are a sight to behold, however it had to take me another watch to get used to them, and to see why having them in this show was an okay thing. This’ll be a show that’ll grow on me…eventually.

This has become a reoccurring thing for me this season. So far I’ve been conflicted with opening episodes for all of my shows, and Adachi & Shimamura makes it three in a row. I guess that I’m glad that episode 2 of my other shows turned out pretty decent, if not highly enjoyable.

Tonikawa: Over The Moon For You Episode 2

Episode 2 of Tonikawa carries on directly from when we last saw Nasa and Tsukasa after they left the marriage registration office, with Tsukasa spending her first night in Nasa’s apartment. Here was me thinking that Nasa would have some level of maturity about him now that he is no longer in school and has a job, but that’s not the case at all. Here in episode 2, we see him panic and blush and talk to himself just like any other guy in any other slice-of-life anime show.

I’ve already talked about how Tsukasa has come across as a very mysterious and closed-off girl, and this second episode only emphasizes that. She confesses to Nasa that she no longer has a place to stay, and that the suitcase she does bring with her that night is something she had to get out of a rented coin locker. She still won’t even give a legitimate answer on why she decided to jump this high hurdle and marry Nasa straightaway. As an anime-only person, I have no idea if she’s only doing this to take advantage of a gullible sap like Nasa. Tsukasa is no gold digger, and even if she was, there’s no money to take anyway. I know the long-running manga goes into much more detail here, but right now all I can do is make a lot of wild guesses. It’s only at the end of this week’s episode that we notice that she isn’t really that kind of person at all, and that she trying to adjust just as much as Nasa is. That’s one thing to tick off my wild guess list, I suppose.

The manga is apparently meant to be some kind of autobiographical take on the mangaka’s own married life, although exaggerated in many places. I’m hoping that a lot of things will settle down between these three, and Tsukasa can open up some more. Saying that though, I’ll be fair on her and say that she also knows next to nothing about Nasa, aside from that he’s an extremely gullible sap who sees Princess Kaguya in her.

I ended up re-watching the opening episode of Assault Lily: Bouquet to get as much as I could from it. My social media feeds ended up picking out a lot more than I did from my first watch, and now I see the show for what it is: science fiction, action, fantasy, school, comedy and yuri all thrown in a SHAFT-branded blender. I guess I was just looking at it from another point-of-view and didn’t look deep enough. So what about episode 2? Well, it’s only gone and hooked me in. I want to know so much more in this show, and I know for a fact that Assault Lily: Bouquet might well have already made it into my top 5 of the year, even after only two episodes. I swear, this really is the kind of show I…needed after being away from the seasonal anime scene for so long, as well as being locked away in my home and not physically interacting with the outside world.

There was not so much in the way of action like we had in episode 1, but I think that’s a good thing. We needed some time to get to meet all of these characters, both main and secondary, and know them more. Kaede continues to fawn over Riri like crazy, but even though we saw no Huge fights this week, some major plot points were introduced, the biggest concerning Schutzengel pledges. German for ‘guardian angel’, it basically acts like a sisterhood of sorts in the show, with the elder teaching the younger. A highly elaborate way of the senpai/kohai notion, but it fits the show so well considering the setting of a special military academy full of yuri girls using futuristic weapons capable of casting spells with Nordic runes. I mean, why else are these girls called ‘Lilies’ in an academy that’s otherwise known as a ‘Garden’? Metaphors are just overflowing here.

A theory is already going around that Yuyu’s roommate is in fact imaginary, or even a ghost that haunts her from a past fight Yuyu lost and is feeling the trauma of. Right now it’s too early to say, but from what we have seen so far, I would not be surprised. This person really is relishing in making Yuyu suffer; this is even more of a sign that she is a ghost of sorts, making Yuyu want to feel bad and for her to repent any past sins. Which ponders the question of whether becoming Riri’s Schutzengel was a good idea, if the same kind of thing happened to…whoever this is. Is Yuyu doing this to prove that she is capable of being in a successful Schutzengel pledge? It does sound like Yuyu wants Riri to regret the decision, just so she can wallow in depression alone. It’s far too early to call, so we’re just going to have to wait and see.

I’m enjoying Assault Lily: Bouquet so much now, and I’m a little saddened that it isn’t getting as much exposure as it should; perhaps we can thank the big franchises and their sequel seasons for that. The lore that is building and growing here is fascinating to watch, and these characters all look and sound great. I mean, what more can you ask for in an science fiction-action-fantasy-school-comedy-yuri show? I don’t even need to talk about the excessive amount of leg and thigh shots we get every week.

Carrying on with the whole ‘forming opinions after only the second episode’, I’m not entirely sure what to think having now watched episode 2 of BNA. It certainly highlights how different humans and beastmen are, but when it comes to ruthlessness and dog-eat-dog (no pun intended), they are both one and the same. As Michiru chases after her student ID, she finds her way to the criminal side of Anima City: Rabbit Town. Here she’s given the offer to teach children how to read and write, only then to realize that the gang leader responsible for them intends to sell them off in a child trafficking ring, since children who are literate are worth more.

What is highlighted some more in this episode is that Michiru is desperate to prove that she turned into a tanuki for no reason, or that it is some disease of sorts. Now armed with her student ID proving she’s human, Ginrou can’t deny the facts anymore. So with criminal beastmen, shady business types and even the Yakuza brought in, I think that BNA might be much darker than I thought. It’s already political enough as it is, and this second episode only enhances that.

Maybe after only a couple of episodes, forming show opinions straightaway is probably not the greatest of ideas. My own family keep telling me that I think too far ahead a lot. Even after over 20 years, they still have no solid idea of the anime I watch, and just decide to stay away altogether…which is perhaps a good thing. And so I really should wait some more, and see what Adachi & Shimamura, Assault Lily: Bouquet and Tonikawa have to show us.

Have you already formed your own opinions of this seasons’ shows though? Is Adachi & Shimamura living up to the hype already? Are you finding too many metaphors in Assault Lily: Bouquet, like I am? Do you think Tsukasa is a gold digger? Feel free to hit that like button and air your opinions in the comments below! 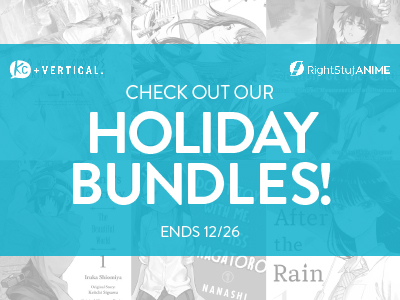