As you may have heard, Anime NYC, our favorite convention in the Big Apple has moved to online this year. Which means, we can let our nerds out with thousands of fans from our homes! So mark your calendar on November 17-20, and tactically plan out how to enjoy the fandom celebration festivity! 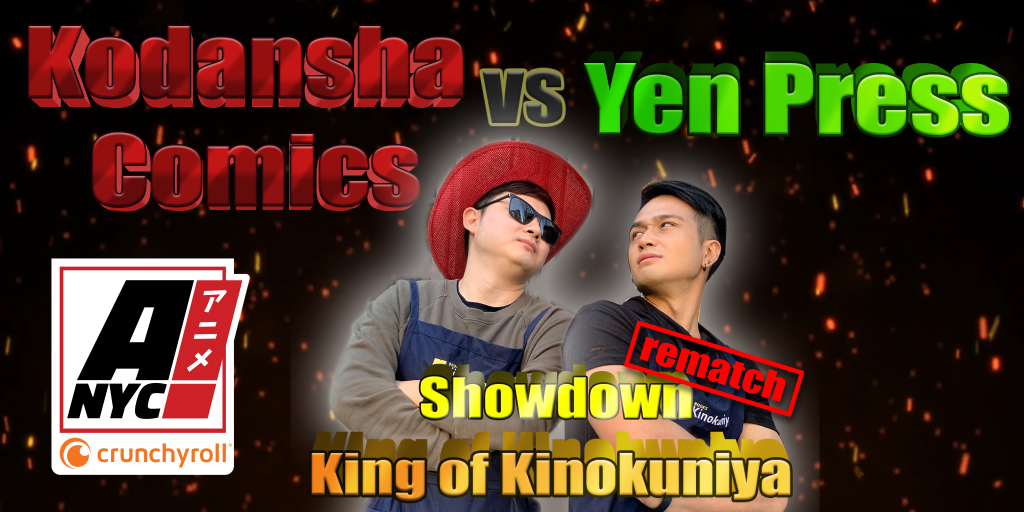 If you remember Crunchyroll Expo from earlier this year, the rivalry between Kodansha and Yen Press is spiraling out of control! To settle some unfinished business, this time we’re having a rematch at Anime NYC 2020!

The epic battle between two powerhouse manga publishers continues in a title match to see who will be crowned the “King of Kinokuniya”! The stage is set for a battle in the Big Apple as Kodansha Comics’ own Tomo “Double-T” Tran, faces off against Yen Press’ Mark de Vera, the “Man of 1000 Manga.” Watch as they test their skills and wits, to hard sell the best manga titles from each company within the confines of the hallowed NYC Kinokuniya. NYC is about to E X P L O D E, when these forces fight for manga supremacy! See the match for yourself, and stay tuned because YOU too can be crowned a winner of some excellent prizes!

Stay tune on this page for more details about all things Kodansha at Anime NYC 2020!

Delicious in Dungeon Volumes 7 and 8 Review