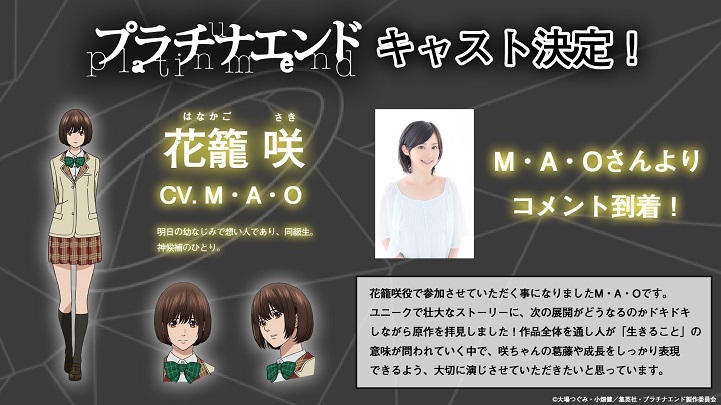 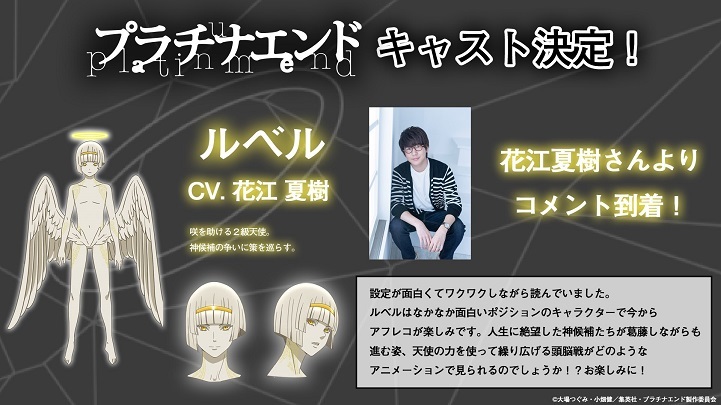 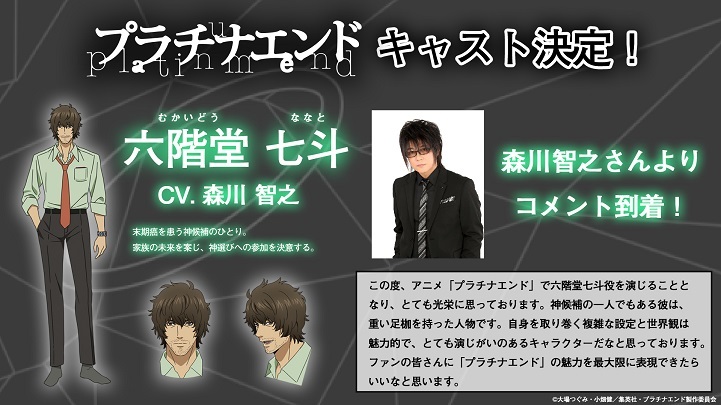 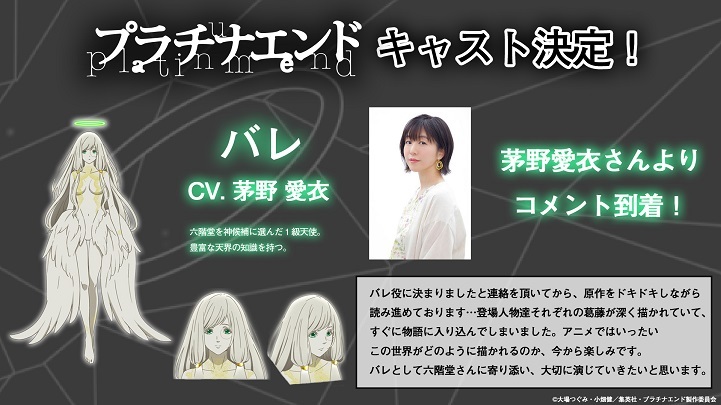 Hideya Takahashi (JoJo no Kimyou na Bouken Part 5: Ougon no Kaze) is directing the series at animation studio Signal.MD. Shinichi Inotsume (Persona 5 the Animation) is in charge of the series composition, and Kouji Oodate (No Game No Life) is designing the characters.

Ohba and Obata, the creators behind Death Note and Bakuman., began serializing the manga in Jump SQ. in November 2015 and concluded it on January 4. Shueisha published the 14th and final volume on February 4.

VIZ Media simulpublished the manga in English with the Japanese release and shipped the 12th volume on January 5. The 13th volume is planned for a July 6 release.