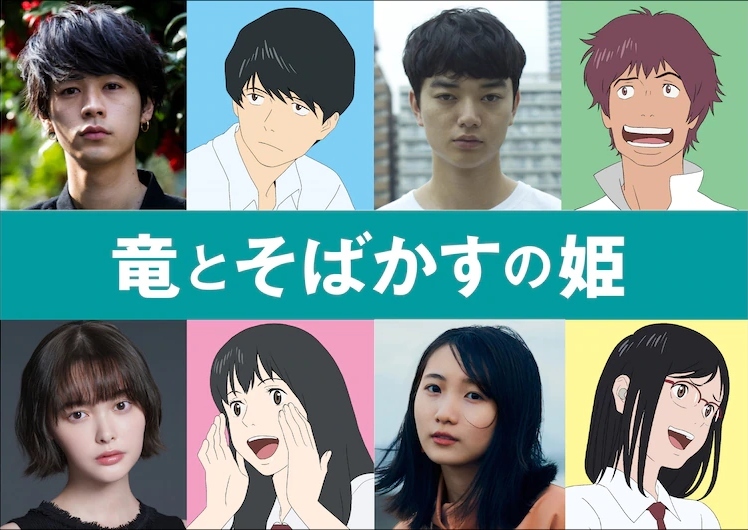 The official website for Mamoru Hosoda's new anime movie Ryuu to Sobakasu no Hime (Belle) revealed four supporting cast on Friday. The new cast will play the schoolmates of the protagonist, Suzu. The anime movie is scheduled to open in theaters in July 2021.

Hosoda is writing and directing the movie at Studio Chizu, and Taisei Iwasaki (Kekkai Sensen, Hisone to Maso-tan) is the music director and composer. Jin Kim (Frozen, Big Hero 6) is the character designer for the protagonist Belle. Irish studio Cartoon Saloon and Wolfwalkers directors Tomm Moore and Ross Stewart are credited as collaborators for the movie.

Update May 14
The official website for the Ryuu to Sobakasu no Hime (Belle) anime movie revealed four additional cast on Friday.

Romanized character names have not been confirmed.

One Piece: WANO KUNI (892-Current) (Russian) - Episode 978 - The Worst Generation Charges in! The Battle of the Stormy Sea!