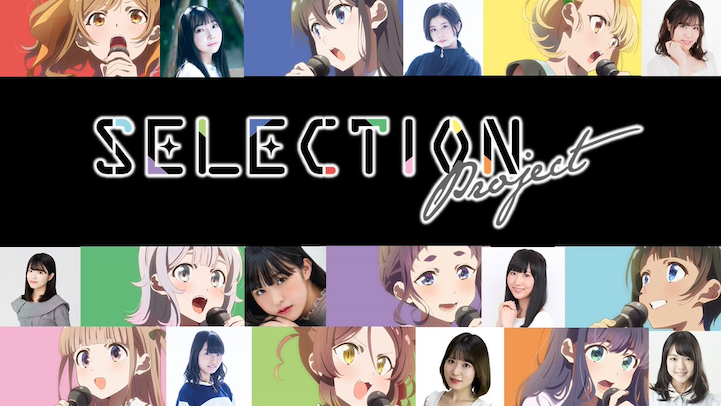 The official website of the television anime based on Kadokawa's multimedia project tilted Selection Project revealed the main cast on Tuesday. The anime series will debut this year.

Daisuke Hiramaki (Koisuru Asteroid) is helming the idol anime at Doga Kobo. Yuuya Takahashi (Luck & Logic) is in charge of the series composition and the script. Kanna Hirayama (Kanojo, Okarishimasu) is providing the character designs.