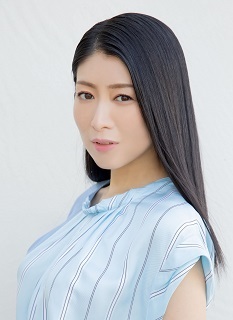 Singer and voice actress Minori Chihara announced on her official blog on Friday that she will take a break from her musical activities. She will continue her voice acting career.

"Reaching the age of 40 during the coronavirus pandemic was a major turning point for me to reconsider my future. Reflecting on myself, I began to think that the path as a musical artist may not be all of me," Chihara wrote. "To live more like myself, I would like to continue taking on challenges in works that bring smiles to people while moving forward."

Chihara will hold a two-day live concert at the Kawaguchiko Stellar Theater in Yamanashi prefecture on August 7 and 8 before suspending her music career on December 31.

Chihara began her voice acting and singing career in 2004 as Aya Natsume in Tenjou Tenge and with the album Heroine under King Records. Her notable voice acting roles include Yuki Nagato in Suzumiya Haruhi no Yuuutsu (The Melancholy of Haruhi Suzumiya), Miku Izayoi in Date A Live, Mitsuki Nase in Kyoukai no Kanata (Beyond the Boundary), and Chiaki Minami in Minami-ke.

She also performed theme songs for Suzumiya Haruhi no Yuuutsu, Violet Evergarden, Kyoukaisenjou no Horizon (Horizon in the Middle of Nowhere), Suisei no Gargantia (Gargantia on the Verdurous Planet), and Rail Wars!. As of her announcement, Chihara is signed under the music label Lantis.