Spirit Circle: What We Keep, and What We Leave Behind

Initially, Kouko’s demand that Fuuta relive his past lives must have felt like a kind of divine punishment. Dragged out of his happy, oblivious adolescent experience, he has been forced to experience hardship after hardship, carrying the suffering of multiple lives on his own shoulders. Fuuta’s past lives don’t even possess the decency to merely lurk in memory; they surge upwards at the most inopportune times, tainting his current experiences with the stifling taste of old, unfulfilled grudges and regrets. Thanks to Kouko, Fuuta carries his past with him always, living with one foot dragging through a mist of half-forgotten sentiment.

Of course, as anyone who’s made it past their adolescent years will tell you, this doesn’t really make Fuuta special. This just makes him a premature adult – and like the rest of us, he must learn to find peace with his memories, and forgive all the versions of himself that resulted in his current life. Through the concept of reincarnation and the great, endless wheel, Spirit Circle is ultimately offering a metaphor for the process of forgiveness, reinvention, and emotional stewardship we must all endure; a crucible that hopefully ends in some measure of forgiveness for our past mistakes, and a stronger, kinder selfhood moving forward. Without making these mistakes, we cannot hope to change from them; without learning from the past, we have no way to truly grow.

Volume four’s early chapters see Fuuta and Touko at last taking steps in this direction, in the wake of their brief and violent Tokugawa-era incarnations. Though Houtarou’s life was short, Fuuta seems at peace with its end; rather than begrudging his circumstances, he is once again consumed with gratitude for those who helped him along the way. Touko’s transformation is even more pronounced; through the perspective gained by living through multiple cycles, she is able to recognize Iwana’s anger more accurately than Iwana herself, and rightly see it as an unjust reenactment of the violence that consumed her childhood.

We can’t simply forget these painful or shameful things – we must recognize and accept them, understand what we did wrong, forgive ourselves for our wrongdoing, and pledge to act on our expanded moral understanding next time. Ideas like “justice” or “righteousness” frequently reveal themselves to be something else, but it takes time and perspective to back away from our own feelings, and to recognize them as feelings, rather than moral truth.

Having come to genuinely appreciate both the joy and the pain of the past, Fuuta and Touko spend these early chapters going on a pilgrimage, and visiting all the places Houtarou and Iwana spent their days. The past surrounds them, literally imposing its presence through ghosts and phantoms; in one standout panel, we see our current cast, old ghosts, and the forest around them all rendered through entirely distinct art styles. But while personal ghosts remain, most of the landmarks they seek have been destroyed; this temple is now a rice paddy, that dojo is now a parking lot, and the place where they pledged to meet up, no matter how much time or distance had passed, now serves burgers and fries.

Munching on those fries, Fuuta and Touko are forced to reckon with a lesson most people only learn later on: how many elements of your life will ultimately live solely in memory. Things you might think are stable and eternal, like role models or houses or cultural landmarks, will frequently disappear when you turn back to look at them, having spent too long away. Whether we learn from the past or not, we are ultimately its sole keepers. The temple where they bled, sweat, and ultimately forgave each other now only exists in Fuuta and Kouko; they are its final legacy. And through watching the dissolution of these stable things, Fuuta is coming to prematurely understand his own life in the same way – what does he want to cherish now, and what legacy does he want to leave behind?

History isn’t all a burden, of course. Fuuta’s newfound contentment with his current life speaks to another truth of aging: as our understanding of suffering increases, so does our capacity to appreciate joy and love. Every variation of “youth is wasted on the young” or “you don’t know what you got ‘til it’s gone” is riffing on the same truth, which is that cycling through joy, despair, and renewal is the way we come to fully appreciate the bounty of life.

As a boy who’s lived several lifetimes already, Fuuta is uniquely able to appreciate the unconditional love of his parents, something that many people either lose early or spend their whole life seeking. And he is content in this moment – not wishing it would last forever, not terrified that it might end. Because it will end, as all good things end, and all bad things also. The cycle will always bring something new, so we should work to appreciate the moments of happiness, and let their memories bring us warmth in the darker times.

Waking up into another “past” life, Fuuta finds himself in a world that offers a twisted refraction of all he’s learned so far. He stands on a grassy slope before the Sleeping Tower – a massive repository for humanity’s souls, containing ten billion brains in glass jars. Here, in the glorious future, mankind has nearly defeated death altogether. Instead, those on the brink of death are committed to the Tower, where they exist as the “Non-Living” in a perpetual sea of dreams. Meanwhile, humanity itself has grown old; while there are many billions of souls in the tower, the external population has shrunk to a few hundred million, who now merely polish the artifacts of a dying empire.

Taking on the identity of “Lafelle,” Fuuta is immediately introduced to this world’s Kouko, who goes by the name Lapis. The two of them work as a team at the Sleeping Tower, cleaning and polishing jars all day long – a job that robots could easily do for them, but which humanity has chosen to reserve for itself, as a kind of tribute to the Non-Living. It’s a premise that could easily support a full narrative all on its own; but here in Spirit Circle, it’s just one of many potential lives, casting a fresh perspective on what it means to truly live. After so many arcs focused on our inability to escape the past, the Sleeping Tower offers a world where the cast embrace being the past’s caretakers, with equally dubious results.

Lapis and Lafelle soon grow comfortable with each other, though in the absence of any other cultural context, they each tend to sink more frequently into the glimmering lights of their other selves. The Sleeping Tower’s reverence for the past could also be framed as a fear of the future, and in a world in stasis, there’s simply nothing else to talk about but what happened before. Lafelle’s boss tells him that “many people quit once they reach the place where their non-living relatives are sleeping,” making explicit the fact that this is essentially a graveyard, and that its workers are performing a final pilgrimage. Lafelle’s adopted family were killed by anti-science terrorists; it was undoubtedly their deaths that led him here, chasing the only home he’d ever known. But though Lafelle’s arrival at his family’s resting place brings tears and forgiveness, it offers no path forward; he remains tethered to his role, the simple camaraderie he shares with Lapis now his only constant in life.

Eventually, after many years, Lafelle and Lapis end up rising to positions of leadership within the tower, and learning the awful truth about their society. After genetic modification created long-lived superhumans with no desire to procreate, the world government ended up banning genetic experiments – but with all their needs still catered to by robots, humanity failed to experience any sort of collective resurgence. Instead, the species has been living in a still photograph for two hundred years; no new technology has been allowed to develop, and humanity hasn’t evolved in any way. The human race now lives in stasis, preserving a dying sense of normalcy, fearful of a transformative change that might mean the end of humanity altogether. Rather than learning to appreciate the turns of the great wheel, humanity has thrust a branch through its spokes, and is now fading into a quiet, stationary obsolescence.

Along with the truth of the world at large, Lafelle and Lapis are further informed that the tower itself has actually been continuing with scientific experiments, and even working on a way to revive the non-living. While Lafelle sees this as an encouraging sign, Lapis is more hesitant; and once again, their points of philosophical divergence serve as a sharp illustration of the complex relationship between our past selves and current identity.

For Lafelle, the anti-scientific terrorist act that destroyed his family was the inspiring incident for his whole current life. He is naturally predicated to think kindly of scientific progress, as it is neatly tethered to his family in his mind, and thus it is easy for him to see progress as righteousness itself. In contrast, Lapis is driven by a different but equally sympathetic story – a life of being experimented on by her scientist father, who ended up stealing her limbs in order to prove his own theories.

Through this contrast, Mizukami quietly chastens us for our tendency to assign both narrative and moral significance to the arc of our life stories. Both Lafelle and Lapis’ lives have a “moral trajectory” that makes sense, but the tragedies that inspired them lead them to precisely opposite conclusions. It’s a tidy, graceful illustration of the complexity of morality, and the difficulty of sympathizing with or truly understanding each other. Both of these characters were led to this point by the natural momentum of the great wheel; it is up to them to not simply flow in time with the wheel’s momentum, and make active choices, rather than live as either caretakers or avengers of the past.

Trapped between the slow death of idolizing the past and fear of an unknown future, Lafelle and Lapis ultimately find a way forward through an unexpected variable: Carol, the daughter of their original manager, who was kept in cold sleep in order to develop a cure for the consequences of her genetic modifications. Carol’s very existence is several kinds of illegal, and yet the moment Lafelle sees her, a bright memory flashes in his mind: “I was born to repay a debt.” We cannot live in reverence to the past, but we cannot deny it, either; even through all the suffering we endure, if we act in the spirit of the charity we’ve received, we might hope to pass along that flame.

Even without fully understanding their visions of other lives, the lessons of those stories live on through the actions of Lafelle and Lapis. Vann’s hardship and second life, Houtarou’s hard-fought peace, Iwana’s suffering and ultimate forgiveness; the sharp edges of these memories have faded, leaving only a firm directive to be grateful, be kind, and keep the flame alive. As their time at the Sleeping Tower demonstrated, attempting to live in service to the past is a road to slow destruction – and as their own pilgrimage made clear, the past is still alive within us, so long as we hold it close. Gazing out across his new family, Fuuta claps his hands together, a gesture from lifetimes ago that still carries that same vital resonance. “I have suffered and I have endured, but I am grateful to exist in this moment, and beyond grateful to everyone who helped guide me here.” Live with gratitude, and endure. 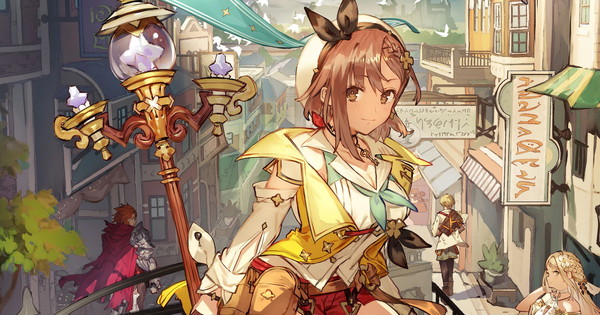 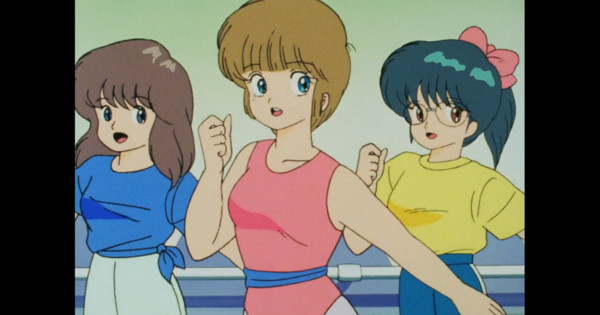 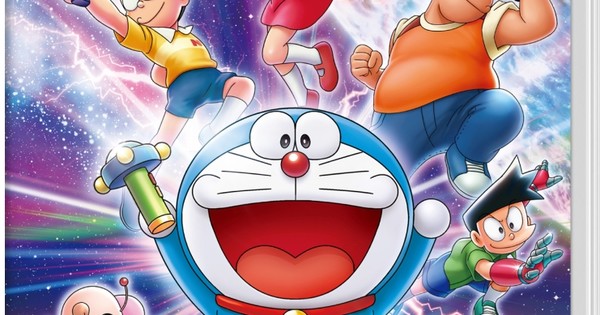 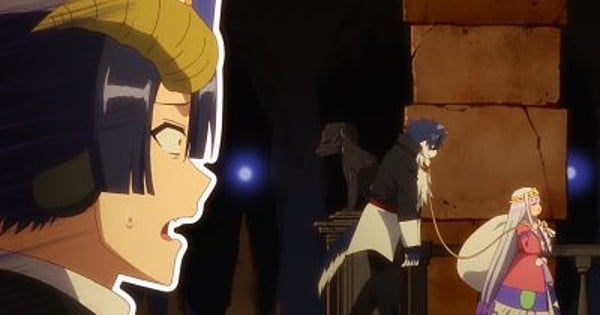