Hello everyone, and welcome back to Wrong Every Time. This week marked the end of an era I commenced several months ago, when I first told my housemate “hey, you should finish Adventure Time so we can check out Steven Universe.” Having at last arrived at the end of Steven Universe Future, I can happily affirm that Steven sits comfortably alongside Avatar: The Last Airbender at the absolute peak of non-Japanese animation. Along with Steven, I also caught on anime’s own current thematic juggernaut Deca-Dence, and even snuck in a viewing of Bill and Ted’s first adventure. Let’s break ’em all down in the Week in Review!

This week my house concluded its run through the extended Steven Universe canon, following up last week’s film with the entirety of Steven Universe Future. The Steven Universe Movie was essentially a celebration of the entire series’ emotional arcs and thematic accomplishments, serving as a cathartic, resounding expression of the show’s belief in our capacity for growth, and the love shared by its characters. In contrast, Future is the painful yet inevitable followup to that shimmering moment; after “happily ever after,” how do you keep living day by day?

In Steven’s case, it turns out the answer is “with great difficulty.” It’s clear that Future assumes its audience is somewhat older than those who started on the original as children, and thus both its character arcs and moral lessons are far murkier, with few of the “it all ended up okay” star wipes that characterized the original series. Instead, Steven frequently has to learn that sometimes, things just change, and you have to deal with it – friends move away, relationships you thought were inevitable never come together, and as the people you care about learn to care for themselves, anxiety begins to set in regarding what you are doing with your life, and what will truly make you happy.

For Steven, these universal feelings are compounded by the fact that he is a half-gem, half-human anomaly, basing his decisions off a childhood where he split his time between rambling around town like a feral child and fighting off enemies who threatened the entire world. Steven’s default mode is savior, and default expectation is crisis; the trauma he’s sustained leaves him in a state of perpetual anxiety, combined with the expectation that he must overcome this and save himself just like he saved everyone else, or risk disappointing everyone. He’s at last old enough to recognize his dad was a deadbeat who fell in love with a war criminal, and old enough to realize that Connie shares a familiarity with her human friends that he might never understand. And since upbeat, considerate, emotionally generous Steven has always been the one to help his friends through these problems, he now finds himself both ashamed of his new feelings, and unable to truly reach out for help.

If it’s somehow still unclear, Future is a much heavier season on the whole than even the most dramatic arcs of the original Steven Universe, and tackles the consequences of trauma with a frankness that feels both painful and absolutely necessary. It’s the one-on-one talk that takes place after the storybook lesson, where the storyteller confesses that happy endings aren’t actually a real thing, and that learning to like ourselves and be happy is a process we must recommit ourselves to again and again, rather than “succeed in” and simply be fine from then on. Exploring Steven’s pain is the most honest possible conclusion of Steven Universe’s thematic thesis; even the strongest and kindest of us can feel weak and lonely and mean, and being broken in some way never means you are undeserving of love.

Painful as it was, Steven Universe Future ended up being precisely the epilogue the series needed, a fresh articulation of its fundamental values tempered by an acknowledgment of how badly life can hurt us, and how hard it can be to find peace. Ultimately, Steven Universe stands as one of the best shows I’ve ever seen, fitting securely within the top tier of animation as a whole. I am brimming with gratitude that such a smart, empathetic, and beautifully realized show is out there now; its insights span topics ranging from gender identity and personal trauma to non-traditional families and healthy relationships, offering a sympathetic shoulder to so many people struggling through so many different situations. And personally, I know I’ll be humming “It’s the True Kinda Love” to myself for a long, long time.

I actually did catch up on Deca-Dence again this week, though it’s becoming somewhat harder to critique the show on an episodic basis. That’s not due to the show dropping in quality or anything – in fact, it’s more the opposite problem. Deca-Dence is a very carefully and intelligently structured show, with its overt narrative drama and thematic conflict essentially working in harmony at all times, and all progressing towards a clear endpoint of commandeering the Deca-Dence itself. Because of that, it hasn’t really been throwing any truly unexpected twists our way – it’s simply executing on its fundamental concepts with persistent excellence, and curving gracefully towards the endpoint it’s been seeding all along.

Of course, each individual episode is still stuffed with its own distinct attractions. Deca-Dence has consistently explored new avenues of combining 2D and 3D animation for dramatic effect, like in its outdoor battles and the fight with Donatello, and the avatar factory served as an ideal venue for expanding that project. Hugin has turned out to be a far more menacing antagonist than I’d anticipated; in spite of his outlandish design, his appearance still prompts that immediate “well, we’re fucked” fatalism that you want out of a great villain. And the Shit Revolution provided ample opportunities to articulate smaller truths of attempting rebellion against a system like this.

Basically everyone except for Kaburagi must be convinced to join their revolution, through one avenue or another, but both Turkey and Minato end up declining entirely. Their choices are not a reflection of their personal failings – many others would make those same choices, and most of Kaburagi’s allies end up joining due to emotional manipulation, not philosophical agreement. Within any oppressive governmental structure like this, there is always a lingering fear that if you get out of line, you’ll end up worse than you already are. People always find ways to gain a measure of security and control within their present circumstances; and if you don’t possess any confidence that the system will ultimately support you, you’ll often cling desperately to that measure of security, to the point of actively fighting to maintain the system itself.

Deca-Dence’s worldbuilding and character writing work together to emphasize how frequently it is those who are most oppressed by its system who end up becoming that system’s foot soldiers – they fear the loss of their current, tentative safety, so they turn against those who threaten change, and tell themselves “at least I’m better off than THAT group.” This is why it’s so useful to keep people marginally supported and afraid, and also why it’s important to actively dismantle any efforts towards class solidarity, or risk having the humans and shit-farmers realize they’re both suffering from the same instrument. Even when it’s reveling in poop jokes, Deca-Dence still has a whole lot to say.

Over in film land, I ended up watching Bill and Ted’s Excellent Adventure for the first time, in preparation for the just-released third film. I doubt many people will be surprised to hear this, but it turns out Bill and Ted is pretty great – it boasts an inventive, charmingly faux-educational premise, a deceptively strong script, and most crucially, an absolutely astonishing amount of chemistry between its two leads.

Alex Winter and Keanu Reeves are truly magical in this film, so much so that I regret saying Keanu Reeves couldn’t act in Point Break. It’s still true that Reeves can’t act in Point Break, but now it’s clear that even early on, Reeves could nail more genial, conversational performances like this one. Even when they’re mocking each other, the sincere fondness these two share gives the film an incredibly endearing emotional heart – and though they’re ostensibly terrible students (“Who was Joan of Arc” “Uh, Noah’s wife?”), their dialogue is actually both witty and uniquely verbose. They feel like dirtbag poets in the same way someone like Trailer Park Boys’ Ricky does; they have lots of interesting things to say, those things are just inevitably going to be draped in a whole lot of “duuuude” and “that’s bogus.”

The film does feature one brief and wildly discordant homophobic beat, but is otherwise a creative, genial, and highly entertaining time throughout. I’m looking forward to my own journey through the rest of the series! 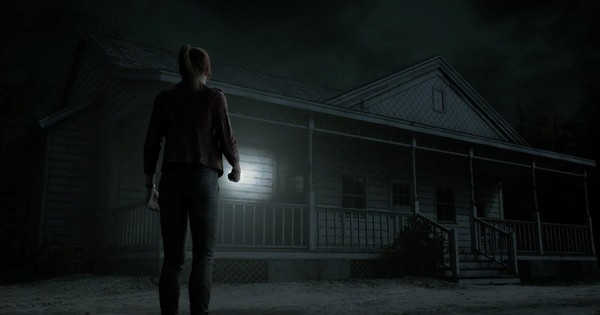