The Best Anime Fandoms Where Fans Are Mostly Positive

Anime fandoms, like other fandoms in entertainment and sports, can be toxic, negative and straight up depressing.

There’s always those fans who ruin it for everyone else or make a so called “community” too toxic for anyone to take part in.

To be fair, this happens in the most popular anime fandoms, and not the majority in general.

Even still, there are positive fandoms worth talking about.

Here’s a good amount worth mentioning. 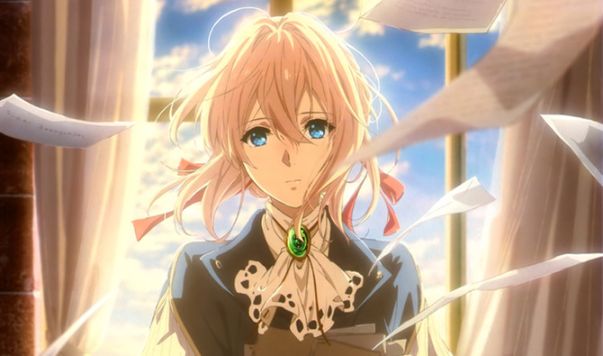 Violet Evergarden is one of the best anime we’ve had in the last decade. Whether it be slice of life, drama, or anime in general.

Following the life of Violet after the war, we see the toll and the pain that comes with the choices she made. Even if she was brainwashed and turned into a child soldier, etc.

The Violet Evergarden fandom isn’t one you’ll hear much about as far as popularity, but it’s positive and nothing fans would think of avoiding.

That comes with the territory of slice of life shows across the board. 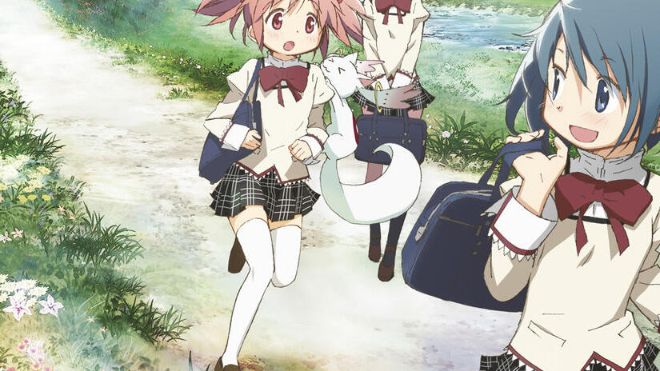 Madoka Magica is a mainstream series and one of the most famous magical girl shows ever made.

None have succeeded to the level of this anime.

Made by studio Shaft, it’s a short series with some of the nicest artwork, even in 2020. And deconstructs the whole genre and breathes life into it.

With powerful anime characters, the Madoka Magica fandom STILL has no obvious sign of toxicity. 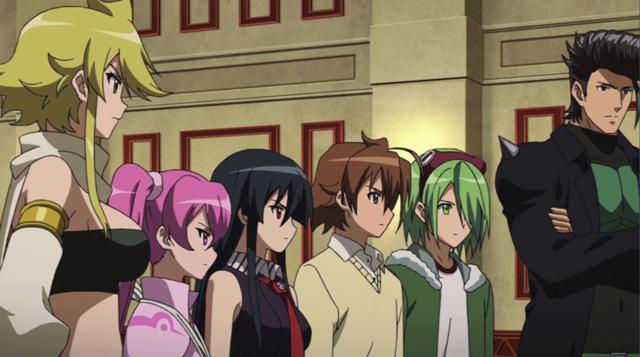 Akame Ga Kill will forever be one of my top rated anime shows of all time. It’s an unconventional series that doesn’t follow the typical Shonen tropes of the MC being saved by mysterious BS.

Even being a fantasy, it’s closer to being realistic and operating in a way that’s similar to the real world.

Especially as far as death.

This assassin-driven anime with a corrupt government is the least toxic anime fandom you could ever be a part of… If we’re talking about Shonen.

Even with its insane popularity in the anime community, the fandom is tame and there’s no history of death threats (like Naruto) or anything else. 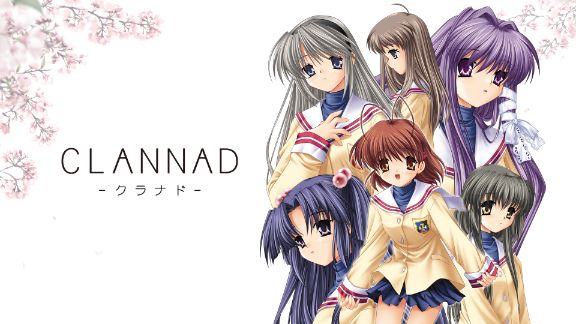 Clannad is one of the greatest and most emotional slice of life/romance there is.

It’s original as far as the idea of a main character and where the anime takes it.

Season 1 is more about Tomoyo Okazaki, Nagisa Furukawa and a few other characters lives in school. And how they all grow closer, etc.

Season 2 is where things take a surprising turn, giving this anime the solid reputation it has.

Just like with most Kyoto Animation anime shows, the Clannad fandom isn’t toxic. And it’s a place you can be without worrying about haters, racism, or any of that nonsense. 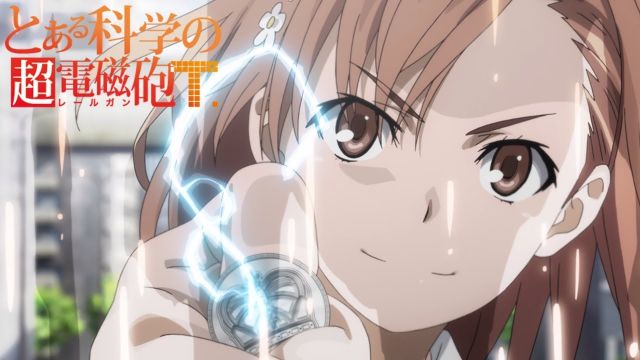 A Certain Scientific Railgun is an anime that’s been around for a decade at this point. And is one of the more unique superpowers/supernatural anime shows.

In Academy City there are espers in the millions. But only a handful or two have reached celebrity status in their level of power, skill and ability.

I can’t speak for Magical Index (the original), but A Certain Scientific Railgun is an anime with no toxic fandom in sight.

If it’s there, it’s so small it’s irrelevant.

For the most part the fandom is as normal as you’d want it to be. With fans doing analysis, talking about characters, comparing and other stuff. 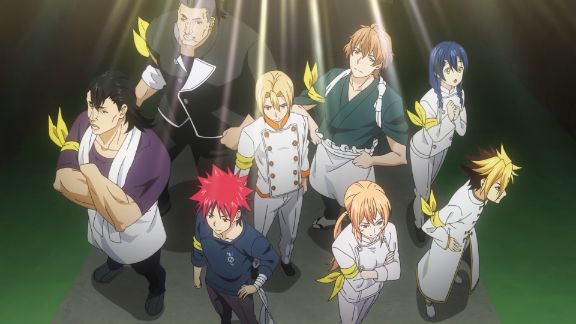 Food Wars is an anime by J.C Staff. Same studio as:

And plenty of other anime.

Released in 2016, Food Wars has become one of the most recognized anime in the 21st century.

It combines food with competitions and throws in some Ecchi with a Shonen style of execution.

This unique blend is why the anime is so different and so good at the same time.

As big as the fandom is, there’s no negativity or the typical things you’d expect at its level of success.

Related: 37 Delicious Anime Food Photos That Will Make You Drool 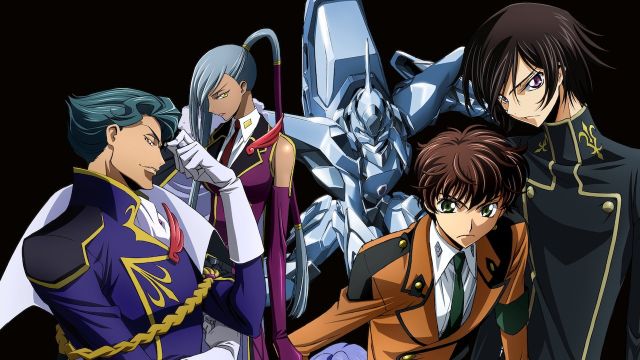 Imagine your country is overtaken by a foreign government, and is then forced to be 2nd class citizens within its own country.

This is the beginning of Code Geass.

The Japanese are named “elevens”, and the main character gives up a lot to get revenge and more by a stroke of luck.

Code Geass has dedicated fans. Let’s not get it twisted. The anime is massive and is one of the most successful shows in the industry.

But it’s not a fandom most anime fans have to consider avoiding or running away from.

It’s not toxic and especially not to that degree. 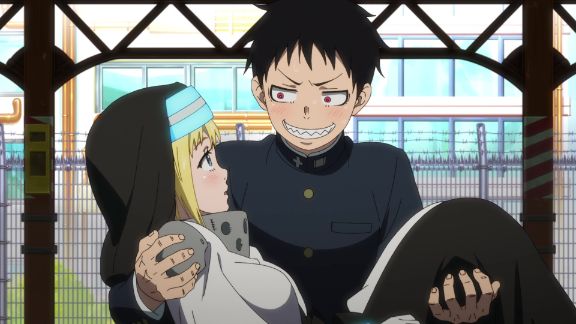 Fire Force hasn’t been as popular as lets say, Demon Slayer. But the good thing about that is the fandom isn’t toxic (unlike Demon Slayer).

This anime is about creatures called infernals. They were once people but have been turned into demons.

The country has 8 companies who deal with these issues, each with a “sister” of the church to help put them to rest.

Also, there are supernatural human beings. One that can manipulate fire and a type who can generate it from their own body.

It’s a world of fire, flames, demons, biblical references, and some of the nicest animation we’ve seen in the last decade. 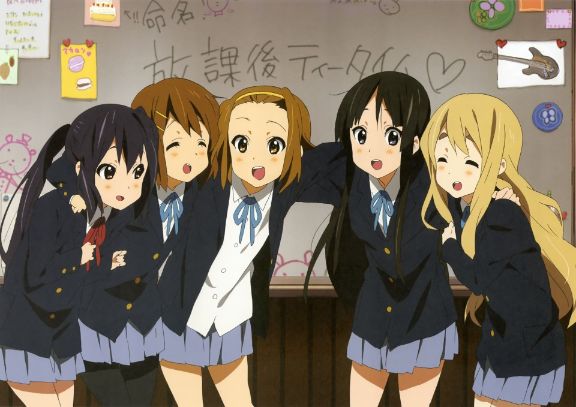 K-On is one of the original “cute girls doing cute things” types of anime.

It’s responsible for the “Moe” genre, just like a lot of other Kyoto Animation produced anime.

For an anime this popular in the slice of life category, and one that’s already had an anniversary, the tame, relaxed and chilled fandom says a lot.

As for the anime, there is no plot. Just 4 girls living their lives, doing whatever comes to mind, creating their own “light music club” and drinking tea and eating cakes. 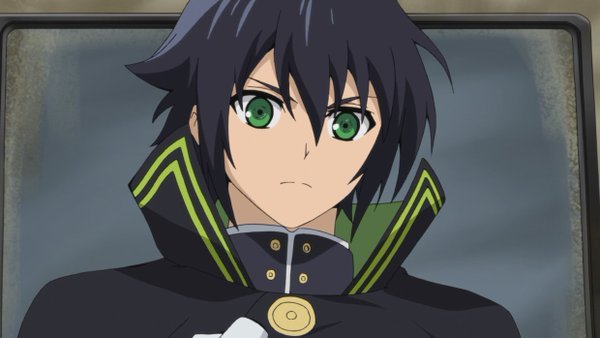 Owari No Seraph (Seraph Of The End) is an anime with 2 seasons, and is in desperate need of a 3rd season.

It’s made by the same studio as Attack On Titan (Wit Studios).

As you’d expect the first episode is dramatic, traumatic, and cruel. The main characters are orphans in a world run by vampires.

It’s a decent mix of action, depth, comedy and a story that makes sense.

No toxic fandom either.

11. The Disastrous Life Of Saiki K 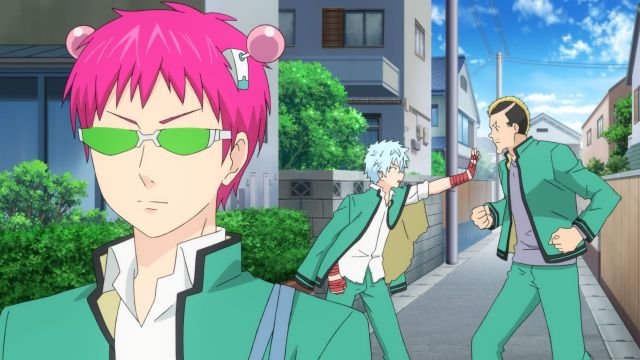 The main character is an introvert with psychic powers. The type that make him so OP he can change reality itself. But that’s not the highlight of the show (it’s a slice of life/comedy).

The Disastrous Life Of Saiki K is an anime that’s funny but doesn’t try to be.

There’s no overly dramatic comedy, or forceful events that try to be so ridiculous you can’t help but laugh.

It’s fresh and tones down fan service to almost zero. Proving that you don’t need it to make an anime compelling or entertaining. 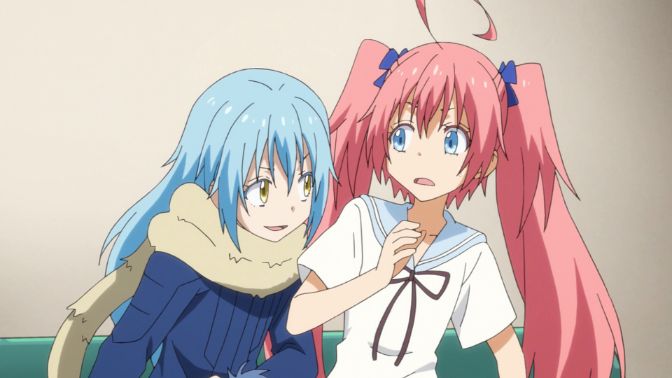 Tensei Slime is an Isekai series that takes a different route to differentiate itself. It’s nothing like your average.

The main character is a slime after death, and then evolves as the anime progresses. But how the anime goes about doing it, and the world building elements makes this series special.

The characters gender being non-stereotypical is another element that makes the protagonist less cliché.

If we’re talking about positive fandoms, Tensei Slime is one of the best there is.

Blue Exorcist is an underrated series to some degree. The fandom has a sizeable fanbase.

It’s about Rin Okumura, a teenager who’s the son of Satan. He’s had a tough upbringing because of his differences that people can’t see on the surface, but can definitely feel.

It’s not the best action anime I’ve seen, but like Owari No Seraph it has a good blend of different things that makes it appealing. 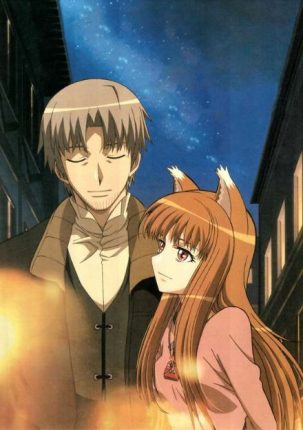 Spice And Wolf has to be one of the most relaxing and to a degree, romantic anime shows out there.

Its historical vibes give the art style a different look.

One thing most fans know is Spice And Wolf is an anime that can teach you economics, business, and the concept of supply + demand.

It’s an educational series following a merchant and a wise wolf (self proclaimed) who helps the merchant on his journey.

The anime is overdue a 3rd season. It’s been years since anything has happened with the series.

15. The Rising Of The Shield Hero 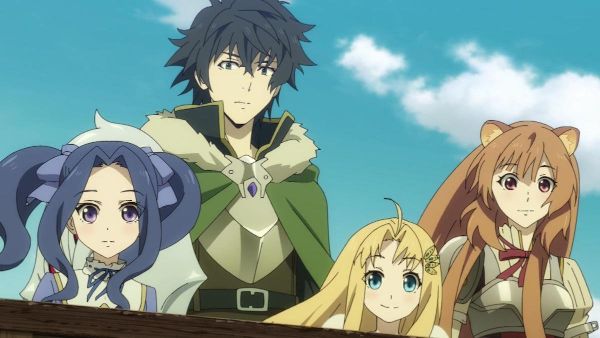 The Rising Of The Shield Hero is an anime that’s built up a fanbase since 2019.

Because of the controversy it managed to do it faster than most Isekai.

Naofumi Iwatani is accused of rape and the whole country goes against his word.

The vindictive, toxic woman – Myne is treated as “innocent until proven guilty”. Naofumi is treated the opposite.

This is the source of the anime’s controversy. It makes the anime realistic and relatable since this is happening to many men in real life, no pun intended.

With 2 more seasons planned, this anime has no sign of obvious toxicity.

Relevant: 13+ Of The Most Controversial Anime Characters To Ever Walk The Industry

16. Higurashi: When They Cry

Higurashi: When they Cry is a horror series that takes you for a spin.

Every couple of episodes the plot changes. And everything “resets” to something new.

This element of Higurashi is why the anime is so different and refreshing. There’s never a dull moment and it’s hard to get “bored” knowing the plot adapts at a nice pace.

With a new series coming in October 2020, there’s plenty more to see. 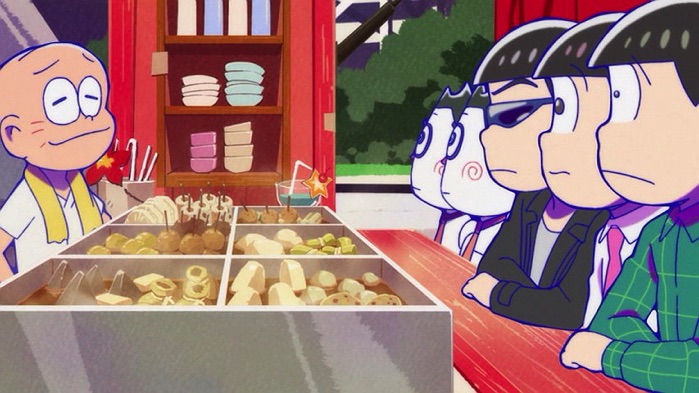 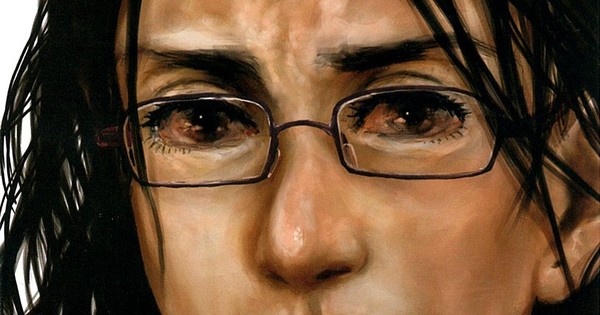 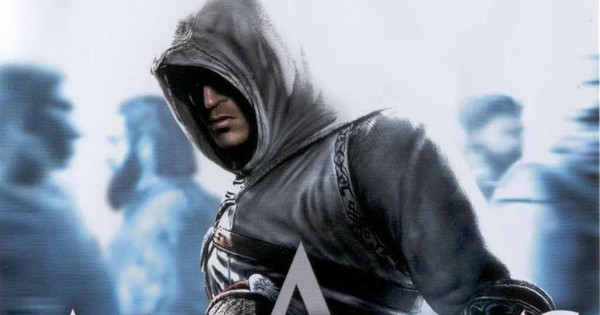 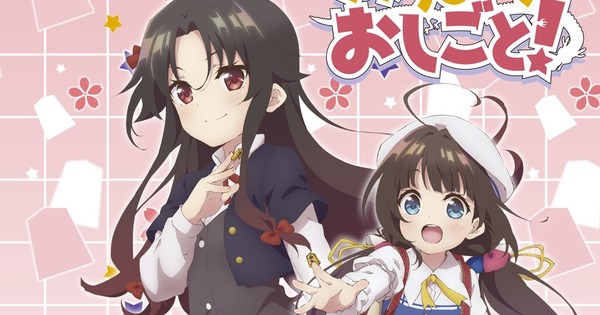