How can an audience be expected to care about a story when the characters in it hardly seem to give a damn themselves? Beyond the basic violations of narrative structure and common sense that The God of High School commits every single week, what has consistently amazed and confounded me about this show is how utterly it has failed to convince me that its heroes and villains even exist in the same show. It isn't for lack of trying either: This week, Ipyo's transformation into an avatar of the mythical Nine-Tailed Fox confirms that he is the all-important Key that GoH's different factions have been fighting over, and Mori matches Ipyo's transformation with a glimpse into his own hidden wellspring of godlike power. The force of Nox's will and whatever Mujin and Co. are up to are going to fully collide sooner rather than later, and every one of the charyeok wielders we've met so far looks destined to get caught up in the conflict.

Except, all of these fighters are technically wrapped up in this battle of/for the gods already, right? That's what the whole tournament has been about, according to Mujin – finding the wielder of ultimate divine power, and keeping them out Nox's hands. It sounds so incredibly simple when I lay it out like that, but for the life of me, I could not tell you whether any of the main characters in this show understands that they have a role in this conflict at all, let alone if any of them truly give a damn about it. Ipyo literally transforms into a deity this week, and Mori gets enough of a power-up that he's able to kick that god's ass in a fight, and every single person's response to this development is: “Neat! That could come in handy later.” It's almost as if destructive manifestations of celestial wrath are just such a regular occurrence in this world that nobody is even surprised to find out that they share a definitive and verifiable link to super-beings that also confirm the reality of myth and magic. Even then, I would have to ask why any of the government conspiracy stuff was hinted at in the opening episodes, or what the point of a secret organization of murderous monotheists even is when nobody seems to care even when other gods do show up to fling magical fox-infused hellfire down upon the masses.

Why does Ipyo's power manifest now, of all times? Why is the audience expected to understand how much of a power increase this is when Fox Ipyo's powers aren't that much more elaborate than everyone else's normal charyeok abilities? Why is Mori able to just…be stronger whenever it is convenient, and at seemingly random times? Why is nobody in this show the least bit impressed by the universe-shattering implications of the things they see and learn every week!?

I've been reviewing The God of High School for weeks now, and after contemplating the events of “lay/key” for far too long, the answer to all of those questions seems to be a resounding “Who the hell knows or cares?” I haven't even gotten to the second half of the episode yet, and here I am, already exhausted by GoH's complete indifference to whether its audience can actually enjoy it or not. The whole second-act of “lay/key” involves a hospital attack by a demonized Jeon Jugok, and all I really have to say about it is that I could not for the life of me even remember who Jugok was for most of the episode. Even when I could kind-of recognize him, I had to Google “God of High School do re mi fa guy” in order to figure out his name, and if the poor maid girl who gets attacked alongside Jugok has a name, it has certainly fallen out of my head like sand in a sieve. Besides, Jugok's entire purpose in this plot is apparently to be transformed into another stupid monster for Ipyo or Taek or whoever to explode, so I think the ship has sailed on his story, and the maid's, along with pretty much every other character we've met so far.

Though fans have been telling me to do so ever since GoH first came out, I simply cannot get on board with the notion that I have to read the Webtoon in order to appreciate the anime. Call me old-fashioned, but if an adaptation isn't even capable of functioning as a story without knowledge of the source material, then it's a failure. Full stop. If the anime's story is nonsense without the context of the comic, then there's no reason to watch the anime. It also doesn't speak very well of the comic, in my opinion, if the reverse argument is that the fight scenes from it simply cannot be appreciated without the visual flourishes that MAPPA's decidedly overqualified staff provide every week. At this point, I'm just waiting for GoH to be over already, so I can save a You Tube playlist of the show's best animation cuts for a rainy day, and keeping the 95% of the show that doesn't matter from killing any more of my brain cells.

• I misidentified Seungyon as Ipyo's brother last week, when she is in fact Seungah's sister. I got the characters' familial relationships crossed in my notes, and the “brother” thing was a typo I didn't catch. My apologies for the error – I wasn't joking when I said that this show was smothering all of my brain cells! 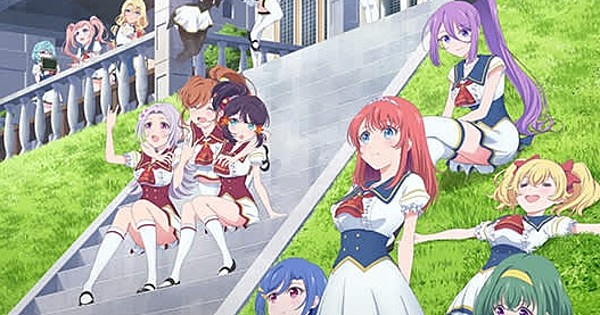