The World Ends with You the Animation ‒ Episodes 1-2

I first got into The World Ends with You (hereafter TWEWY and TWEWY the Animation to save my index fingers) in 2008 during my freshman year of high school. It was the kind of game that appealed to me, especially coming off playing Etrian Odyssey and Kingdom Hearts Re: Chain of Memories earlier in my freshman year. I remember paying a cool twenty and some change for the title, though nostalgia might be making that price lower than it may have actually been.

In many ways, TWEWY felt almost tailor made for a kid who dreamed of going to Japan on vacation, not knowing at the time that I would spend part of my twenties living in rural Tohoku—and soon, Kagoshima—as an educator. I suppose that's why I was—and still am—so eager to review TWEWY the Animation. So let's jump into the first two episodes, Players.

Time to play the Reapers' Game, which, coincidentally, is the title for episode 1. See what I did there?

Episode 1, “The Reapers' Game” is for all intents and purposes an info dump. It's structured specifically to get viewers —whether or not they know TWEWY—into the world of the UG (that's Underground, for folks checking in) and Shibuya itself. This is where viewers meet Sakuraba Neku, an amnesiac teenage misanthrope loner who finds himself playing in the titular Reapers' Game without warning.

Thankfully, Neku isn't alone, especially when he faces the titular Reapers, who want humans to play a good game in their space. Almost immediately, Neku meets Shiki, a hella stylish teen who fights with a cat. And speaking of fighting, that's a major aspect of episode 1, especially when the Noise—this world's version of monsters—come crashing in. Rather than fighting with a plush cat, Neku employs Psyches in the form of collectible can badge pins: his favorite in this episode is a pin that allows him to manipulate fire. In the game, this is much more clear; in the anime, it's an occasional “blink and you'll miss it” flash of a pin whenever Neku fights and channels an ability.

For a moment, it seems like Neku's got himself a gaggle of friends. Then the plot kicks in and it becomes clear that if he doesn't murder his partner, he'll face erasure, which in the case of the UG… means Neku would un-exist. In a scene that's more comical in the anime than the game, Neku immediately force chokes Shiki until Mysterious Glasses Daddy stops him. Thankfully, Shiki isn't shaken by nearly being ended by Neku. In fact, they spend the rest of episode 1 getting along, and even do some good along the way.

Episode 2, “Shiki”, continues to flesh out TWEWY's iteration of Shibuya, and follows Neku and the Gang on a day there. However, rather than speeding along like episode 1, episode 2 is a lot more lax. There's a lot of table setting for what might happen in the future, and less in your face fighting and info-dumping. That being said, a lot of jargon gets thrown around in episode 2, which has to be confusing if you have no clue what some of the terms mean in the context of the game. I'll keep quiet about the back half of this episode and just say that things are left at a cliffhanger, in large part because I think it functions better if you don't know what's going to happen.

There's a frenetic pace to episodes 1 and 2, which kind of fits the source material. Of course, the perk of the game is the simple fact that you spend more time with Neku, Shiki, Beat, and Rhyme, and get to explore Shibuya's every nook and cranny. As a fan, I find the episodes perfectly understandable. After all, I spent years of loving the franchise. I'm working with loads of secrets and plotty tidbits from later in the game. I know—or at least, assume I know—how most things will go. I'm along for the ride, simply because seeing TWEWY animated feels wicked in the best of ways.

However, when I consider the perspective of an anime-only viewer who's never encountered Neku in TWEWY or Kingdom Hearts: Dream Drop Distance, that's where things become a bit messy, especially when you consider that episodes 1 and 2 compress nearly an entire week's worth of development in-game into 48 minutes. While the bulk of it is engaging, there are chunks of info that someone who didn't play the game probably will just have to handwave away.

Thankfully, the animation is there to make even the biggest info dumps look pretty. While it might not be to everyone's taste, I think the slightly 2.5D-ish, cel-shaded animation looks really neat. It carries a lot of the stylistic design elements from Nomura Tetsuya and Kobayashi Gen while also looking stylish enough to vibe with 2000s Shibuya in 2021. The use of pitch-black shadows also carry over the pixelated style from the DS release and sits in that happy space between 2D animation and CG.

Now, I will say that some of the Noise looked like they'd been dipped in baby oil and Vaseline, but hey: don't curl that monkey's paw too hard, right? We can't always have nice things. Still, I can easily see myself sitting with TWEWY every week, not just because I'm covering it, but because I'm genuinely hyped for a blast from the past.

All in all, episodes 1 and 2 function best as an opener to a more complex series… if you're already in the know. If you aren't, then they will feel like a slick infodump that gets you ready for UG Shibuya to build into something more bombastic. I'm genuinely looking forward to TWEWY Fridays here at ANN, and can't wait for the series to go lots of plotty places. I just hope you'll come along for the ride with me.

Catch you next week in the UG, Players.

The World Ends with You the Animation is currently streaming on Funimation.

Mercedez is a localization editor & QA, pop culture critic, and a writer who also writes & reviews at Anime Feminist and But Why Tho?. There, she gushes about idols anytime someone lets her, which is… not often enough. This anime season, she's all about Super Cub, which is great because she's also reviewing it here on ANN. When she's not writing, you can find her on her Twitter, where she's always up to something. 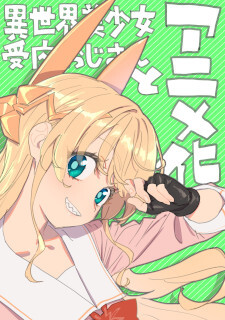