Only spoken in hushed tones across the internet, Eiken may be one of the most cursed anime put to film. A veritable "Test of Courage," Steve and Nick try to survive Eiken's yogurt slide and many, many (literal) bananas.

CONTENT WARNING: This OAV is full of absurd sexual situations. It's literally trash and you shouldn't let anyone you respect see you reading this.

This OVA is streaming on Crunchyroll and Tubi TV.

Disclaimer: The views and opinions expressed by the participants in this chatlog are not the views of Anime News Network.
Spoiler Warning for discussion of the series ahead.

Nick
Well Steve, I hope you're happy. You just had to be a god damn snitch and now look where we're at.

Just remember: You did this. We could have had a nice, fun time talking about one of the countless great shows airing right now. But thanks to you and whatever monster at Crunchyroll who decided to add Eiken to their catalogue, we now get to talk about THIS.

Well this is our last column before Halloween, so of course we wanted to end the spookiest of months on an adequately frightening note. That said, I think we might have gone a little far on the body horror angle.

Spoiler warning for the rest of this column: There is nothing safe for work here. God help editorial trying to find a single image in this whole thing that can be used on social media without getting banned.

There's also no way we get through this whole thing without Discord simply refusing to upload some of these screenshots. I know it's just trying to protect us, but you're too late for that, buddy. There's no salvation for either of us anymore. There is only Eiken.

Mm. Me. Nothing's sexier than two balloons filled with quicksand. I better take a cold shower before we continue.

While you do that, I guess I can start summarizing the plot, because I'm kind of at a loss for words otherwise. This did a number on my brain. Anyway, tiny everyman Densuke just enrolled in a new school that looks so Freudian, it would make Akio Ohtori blush.

Immediately upon arrival, he slips on a literal banana peel and lands hands-first into a pool of half-cooled jello that's attached itself to this girl's sternum.

He then gets roped into the Eiken Club, which does...activities, probably?...and in fact immediately gets elected president by way of being sat on by another very large-bosomed woman.

And given the way I've seen democracy play out otherwise this year, that doesn't seem like too bad a method.

Yep, the rest of the show follows the school's annual tradition of hosting The Olympics But For Perverts. That is, you can in fact quite easily guess why there is liquid yogurt running down that slide.

The razor-thin narrative of this whole mess is that this limp pile of Harem Protagonist Visual Signifiers:

Really wants to buy a birthday present for the large garbage sacks filled with cake icing that constitutes his love interest:

And then hijinks ensue for like 30 minutes and I guess somebody theoretically finishes in that time.

I pray to The Lord that nobody is finishing during any part of Eiken, but yes, that pretty much covers it. And to be perfectly fair, this is based on an EIGHTEEN VOLUME manga series, so maybe we're just missing out on the other really good storylines about the other magic-marker hair color harem members. Yeah, that's probably it.

You do have to watch Eiken in motion to properly appreciate just how buckwild its boob physics get. I don't have a command of the English language that's anywhere near capable of describing this, and I'm not afraid to admit it.

I hope you're happy having that gif on your hard drive. I hope it glitches out and can't be deleted once this is over.

I'm just trying to help all the sakuga academics out there so they can start drafting those analyses of why Eiken chose to animate its titties on the 1s.

Speaking of, as I understand it you made a pretty shocking discovery in this thing's credits, didn't you?

Thankfully, however, there are translated credits at the end of the video. How thoughtful!

Oh it's only one of the most talented directors currently working in the field, responsible for From the New World and a lot of the most memorable OPs and EDs from the past decade.
He did this

I mean, of course. Don't you remember that scene from From the New World where Shun finger/toe-bangs Saki and Maria while they slide down Squealer's Yogurt Slide?

I had initially planned to watched both OVA episodes last night. However, I was so psychically drained after the first one that the Ishihama credit was enough to force me to immediately crawl into bed and try to sleep off the sin. And yet here I am today. Broken, and talking about these girls breasting boobily hither and thither.

I actually made my own interesting discovery in the credits. Main girl Shinonome? Turns out this is her voice actress' only acting credit. Whether that's because it's a pseudonym or she ran screaming from the industry after this I can't say, but it makes sense because every line she speaks in this thing sounds like she was being held at gunpoint.

On the opposite end of the seiyuu spectrum, your friend and mine Takahiro Sakurai pops up as the hot, mysterious former Pervert Olympics champion.

Ah, Mr. Steal Your Girl himself.

Which brings us to the 2nd half of this thing, which is somehow worse than the yogurt slide. Because along with the given body-horror boobs we also get into some horrifically blatant NTR/emasculation fetish stuff. They even dress Densuke up as a girl the whole episode.

Honestly, at least the NTR felt like refreshingly normal fetish stuff, compared against everything else Eiken dishes out on its filth-encrusted platter.

Oh good I was actually just about to bring up the eel that swims right up into the teacher's cooch, because that's a thing that happens. That was written and animated and voice acted.

By that time I was basically numb to all this. I'm not sure if that was my brain disassociating to preserve what remains of my sex drive or the fact that I was playing Pokémon while it played in the background, but either way I didn't even blink when they introduced a second yogurt sorry, CHOCOLATE water slide.

Nick, please, they specifically mention that it is NOTHING like the yogurt slide.

For instance, everything about this scene is waaaaaaay grosser.

God, I know you joked about the shower thing earlier, but I legit am going to have to do something to clean my soul and my conscience after this.

There's no escape from this sin, Steve.

Not to blatantly change the subject, but wow, they just don't make ahoge like this anymore. That's a real shame.

Eiken is, on one level, a really fascinating 2003 time capsule if nothing else. You could argue it probably shouldn't have ever been made in the first place, but it definitely could not get made today.

I'll take that as a marker of progress, honestly. There's no shortage of tiddy anime right now but at least tastes have advanced enough that this is no longer acceptable outside of very specific tags on Fakku.

I also wanna say that, while doing some research, I saw a loooot of people trying to explain away Eiken as a "parody." Those people are cowards and fools. Eiken is exactly what it wants to be, and on some fucked up level, I kinda respect that.

I actually think that, under the right circumstances, Eiken is prime cut group watch material! Watching it alone, in your apartment, in the middle of a pandemic, like I had to do, is INSANE. But if you get the right group of friends together, you're going to have a much better time, because at worst, you'll each have someone to vent to when you inevitably start shrieking.

The only solace I can take from this experience is that I managed to negotiate something out of this hostage situation:

Yeah. We've seen things you people wouldn't believe. Titties bouncing off the shoulder of a giant water slide. I watched chocolate-covered bananas get sucked in broad daylight near the ocean. All those breasts will be lost in time, like boobs slathered in yogurt.

The human mind was not made to witness these sights.

TONIKAWA: Over The Moon For You - Episode 9 - Daily Life 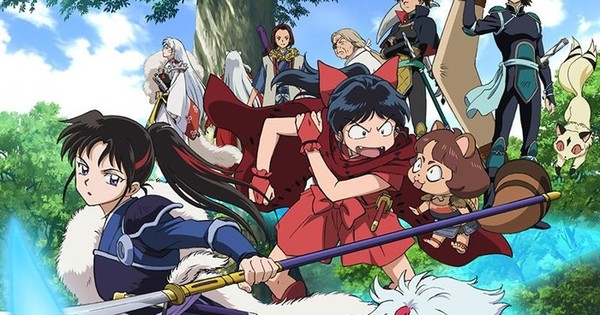