Sony Ponys and Xboners together at last

Join Kairi on an adventure to achieve her dream of becoming an idol in Akihabara in LIP! Lewd Idol Project.

LIP! Lewd Idol Project is an eroge visual novel being developed by Toffer Team, the same developers behind Himeko Maid and Hikari! Love Potion, and published by Denpasoft. The story follows Toffer Team’s official mascot Kairi, a cheerful young girl brimming with positivity. She moved to Akihabara to fulfill her dream of becoming an idol. Unfortunately, things haven’t been going so well. Kairi has been rejected by fifteen different idol agencies. To make things worse, she’s low on cash and has an increasing debt.

After another failed audition, Kairi meets Ranko, a self proclaimed “producer,” who suggests to her the most recent and ambitious project she has been working on: The LIP! Lewd Idol Project. Help Kairi navigate through the city of Akihabara and recruit girls for the project. Will you help Kairi fulfill her dream of stardom? 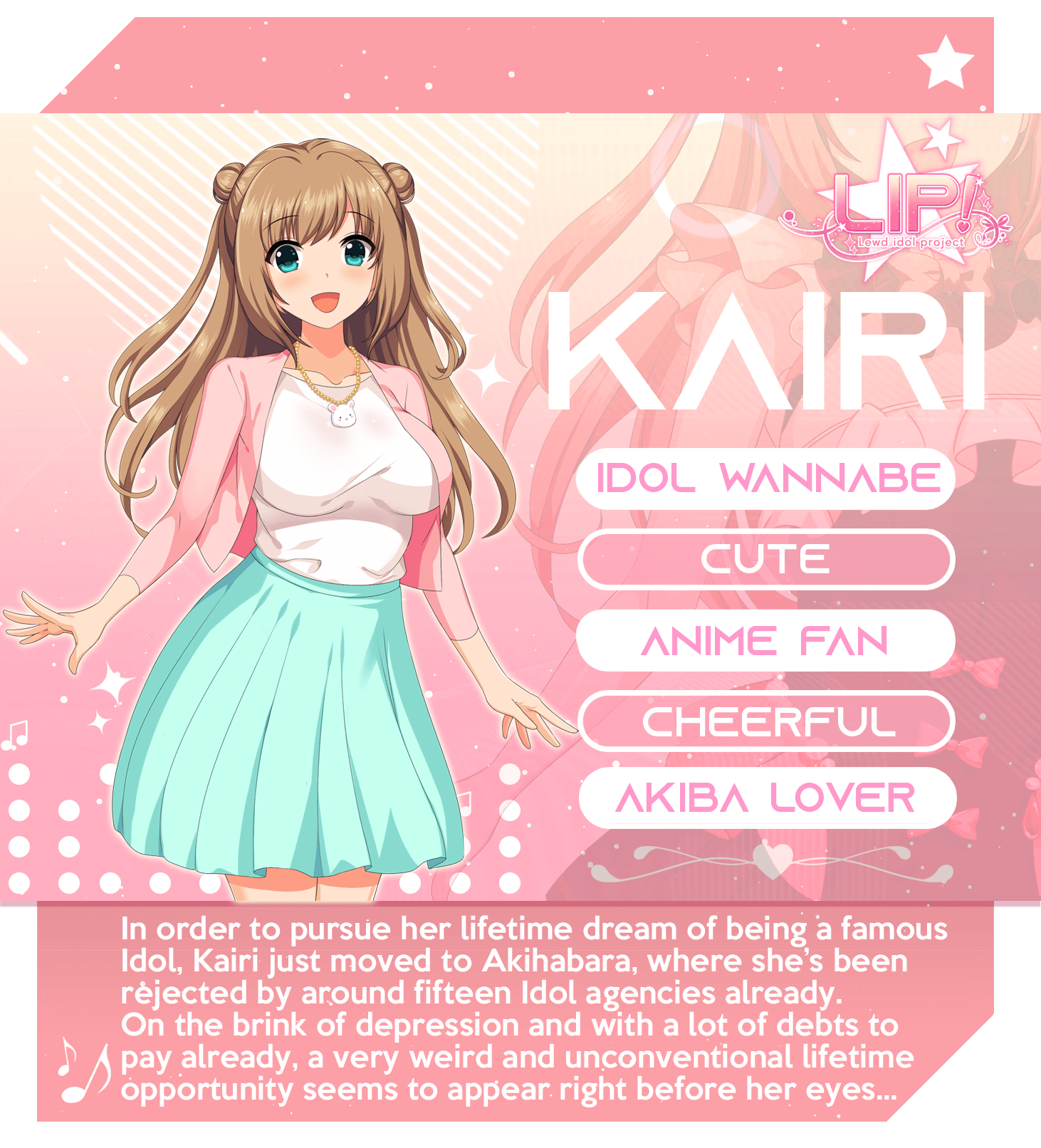 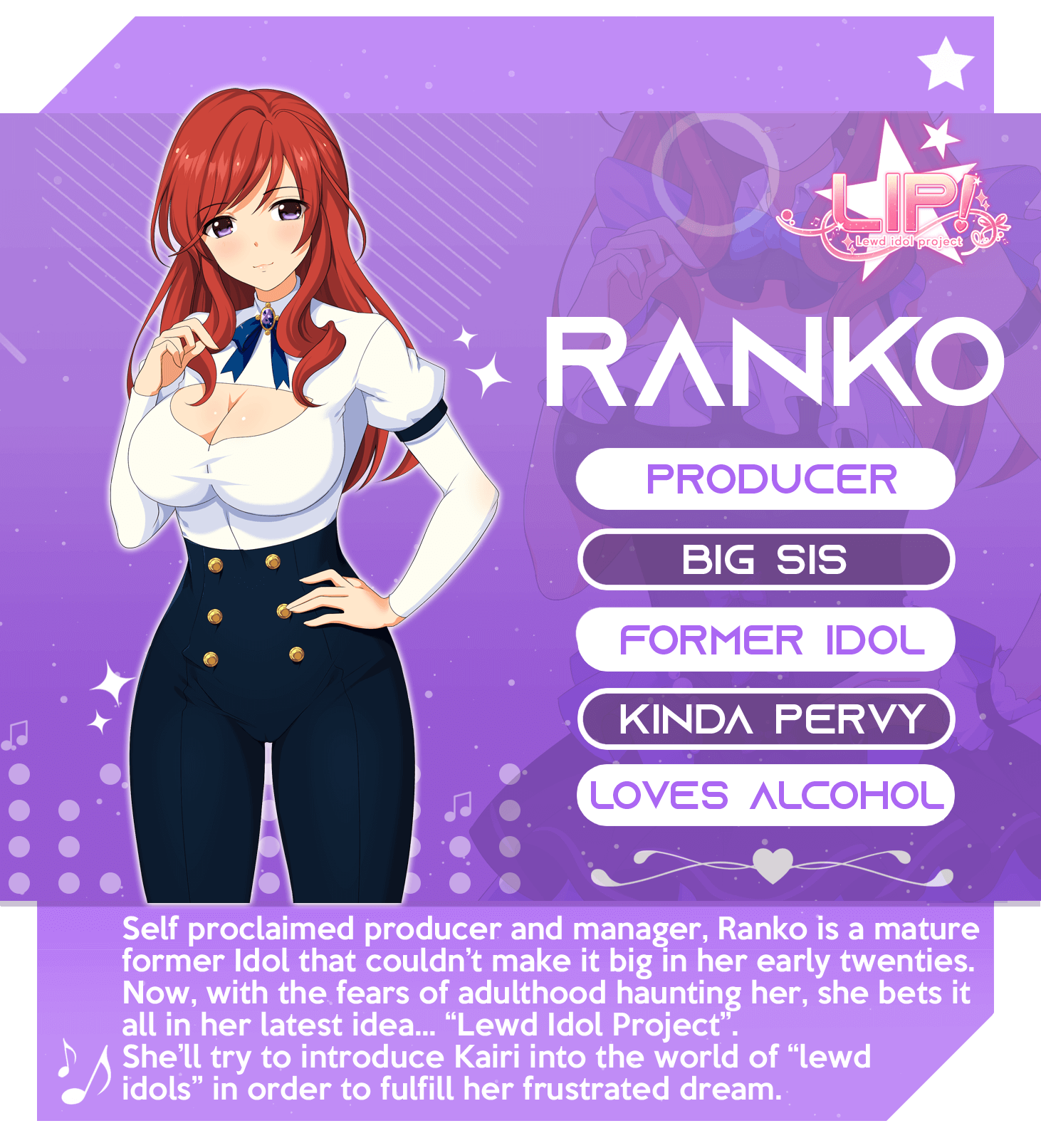 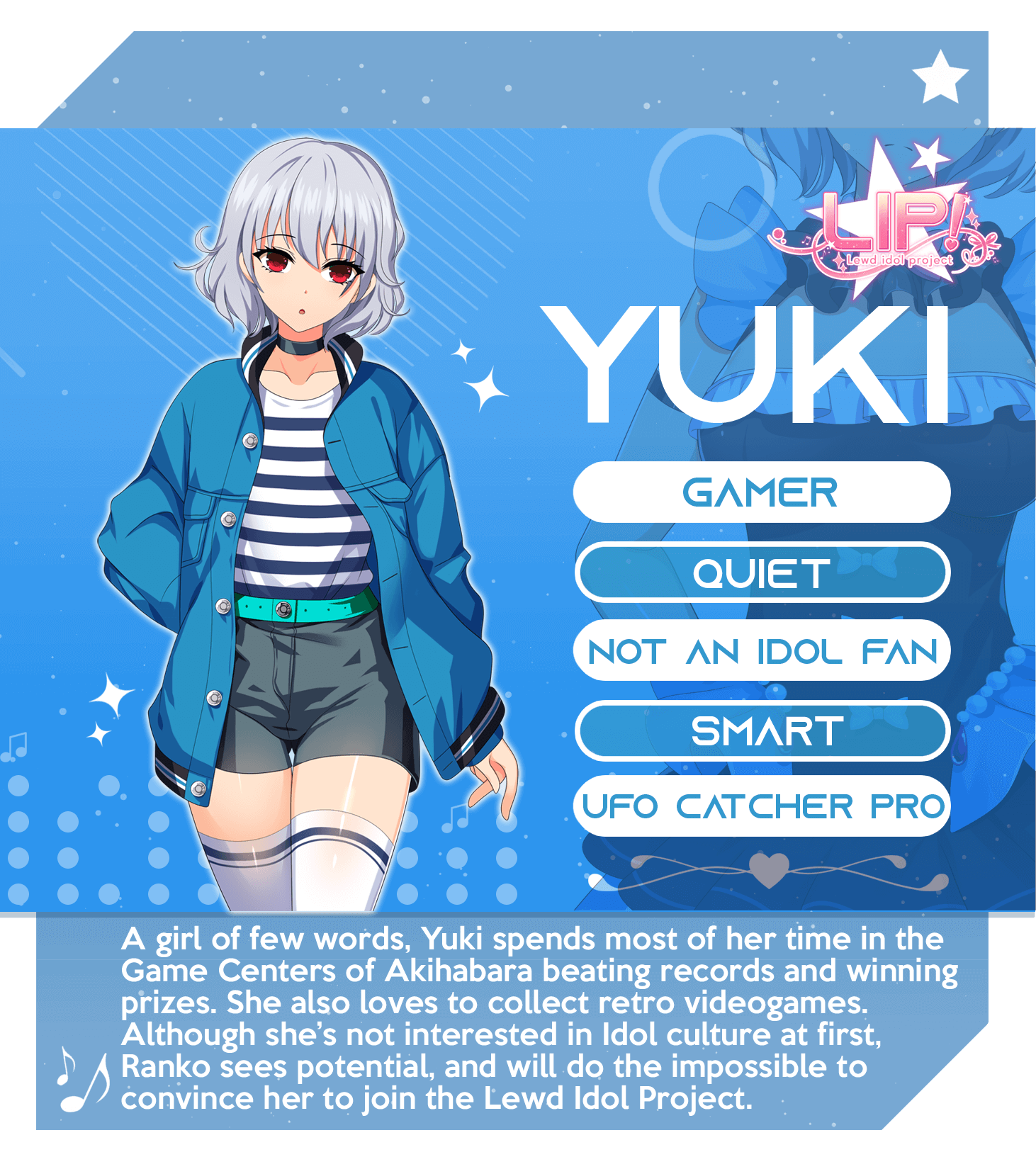 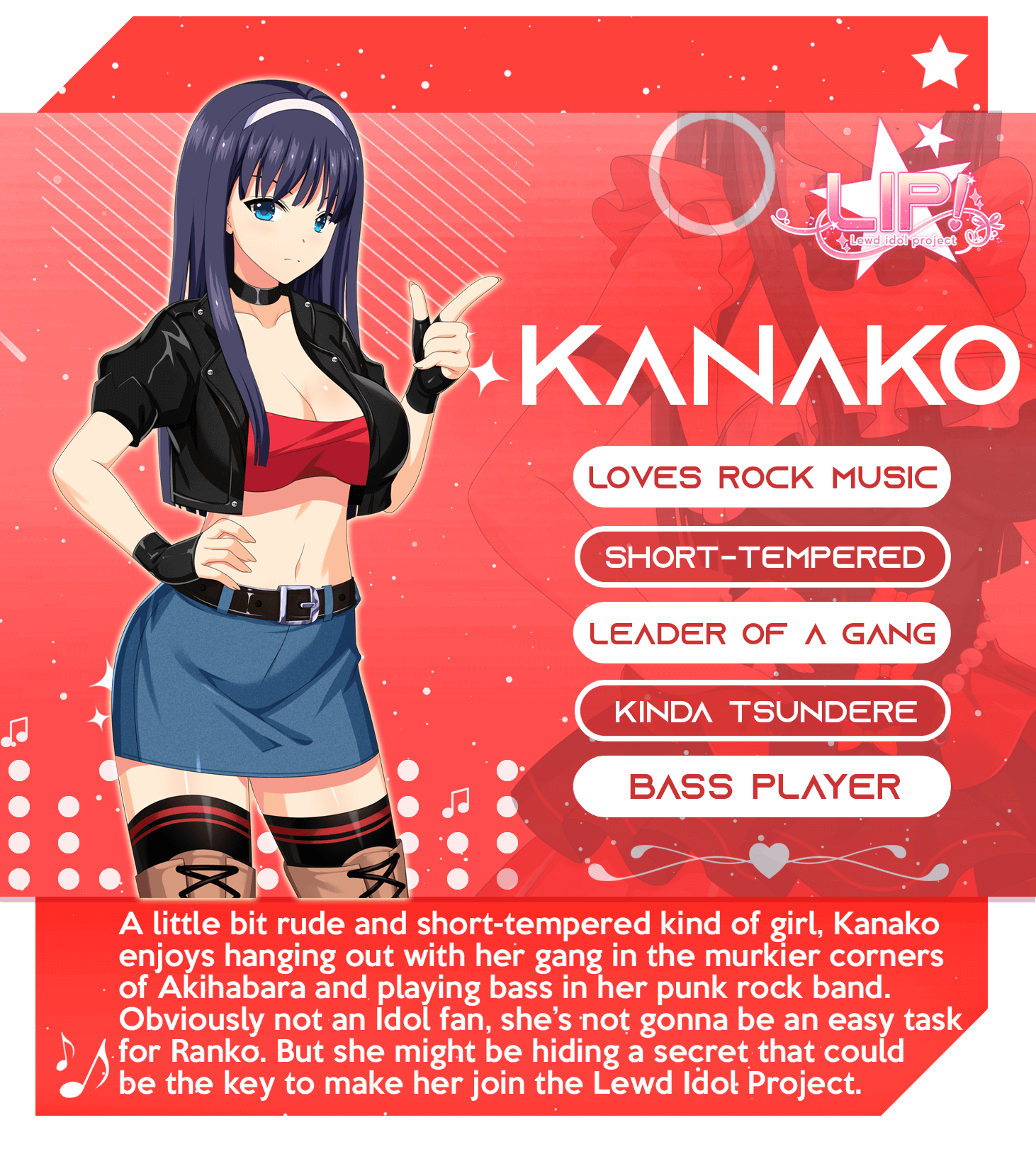 Toffer Team is asking for $9,500 to fund LIP! Lewd Idol Project. If they reach the goal before the deadline, they have thirteen stretch goals to reach for.

If funded, LIP! Lewd Idol Project will be released in three volumes between 2021 and 2022. Depending on whether certain stretch goals are made, there can be ten chapters at most and, at the very least, there will be three chapters. 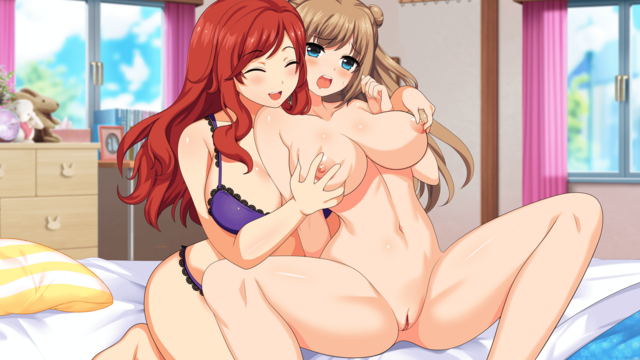 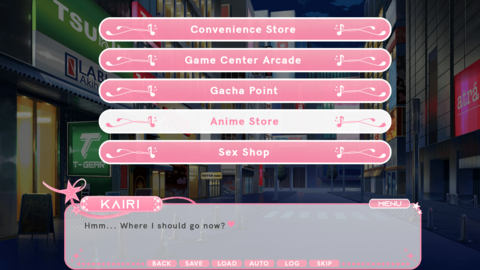 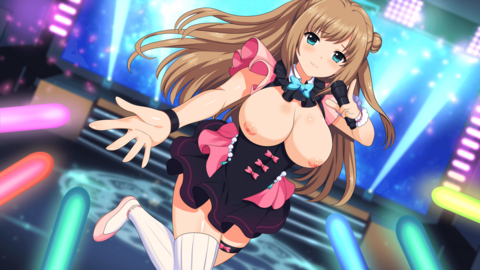 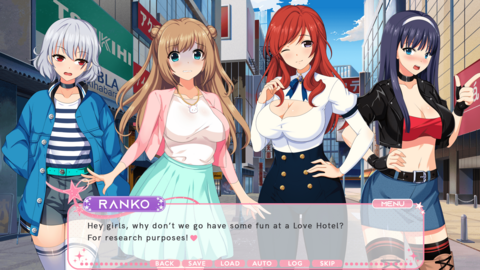 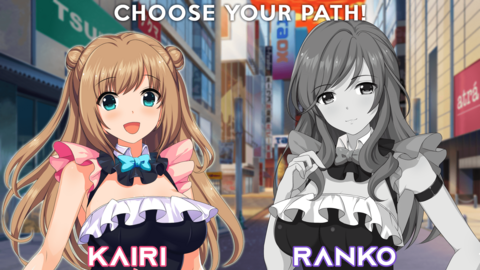 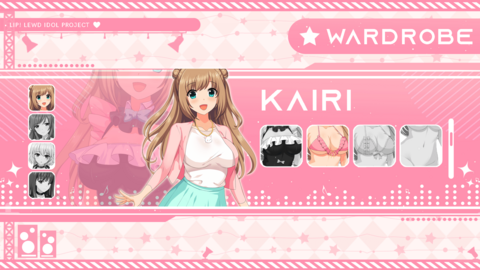 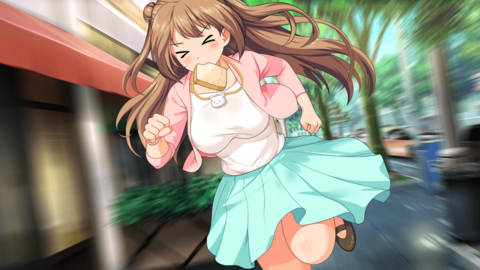 The campaign for LIP! Lewd Idol Project ends November 19th. As of writing, $5,408 has been pledged toward the initial $9,500 goal. If you are interested in funding the game’s development, consider checking out Toffer Team’s Kickstarter page. You can also download the available demo on Itch.io.