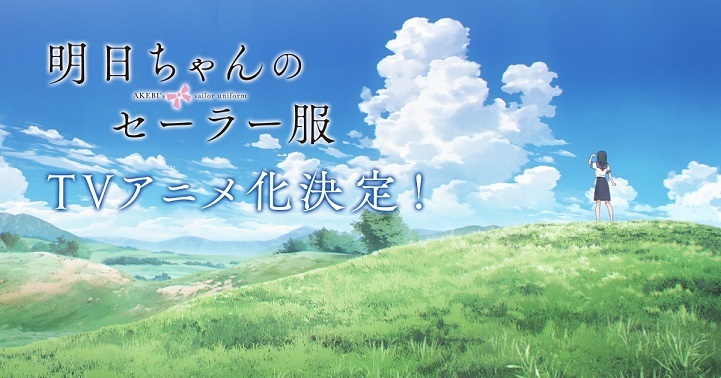 Aniplex opened an official website for a television anime adaptation of Hiro's Akebi-chan no Sailor-fuku (Akebi's Sailor Uniform) manga on Friday, revealing the main staff, a concept art (pictured above), and concept movie.

Synopsis
Akebi Komichi lives out in the countryside with her family. She's won entrance to the prestigious Roubai Academy middle school for girls and now she wants only two things—to wear the school's sailor uniform and to make a hundred friends!

Hiro began drawing the slice of life manga on the Tonari no Young Jump website in August 2016. Shueisha published the seventh volume last August, with the eighth volume scheduled for release on April 19. Akebi-chan no Sailor-fuku has a cumulative of 500,000 copies of its volumes in circulation.