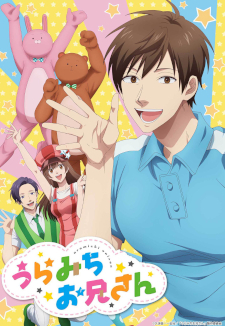 The official website for the Uramichi Oniisan (Life Lessons with Uramichi Oniisan) television anime revealed six additional cast members on Friday. The anime is scheduled to premiere this July.

Character visuals for the cast introduced when the anime was announced in October 2019 were unveiled on the official website. The website confirmed that Mamoru Miyano and Nana Mizuki, who are playing Iketeru Daga and Utano Tadano, respectively, will perform the anime's opening theme. They were previously revealed to be singing songs for the anime that were featured in the manga.