Vagabond Chapter 328 Release Date and Updates: When will it Return?

The manga Vagabond is unarguably one of the greatest sienen manga ever to release, standing on top with the likes of Berserk, Kingdom and Vinland Saga. It is a series created by famed Takehiko Inoue who also have written the mega-hit basketball centered series, Slam Dunk and Real. It started serialization in Kodansha’s Weekly Morning magazine in September 1988 and has over 82 million copies sold.

It portrays a fictionalized account of the life of Japanese swordsman Musashi Miyamoto, based on Eiji Yoshikawa’s novel Musashi. It is a masterclass manga known for its luscious art, engaging characters and captivating story.

When Vagabond enterered its final, fans were very excited to see the fated battle between Musashi and Kojiro. However, as we patiently waited and waited, that duel never came. The series is currently in an extended hiatus, with the latest chapter, chapter 327 “The Man named Tadaoki”, released in May, 2015. It already has been 5 years since the series has been on hiatus/break and it’s readers are wondering when Inoue will return with Vagabond chapter 328. First of all let’s talk about the circumstances which lead to such long hiatus. What Happened to Vagabond?

The series has gone through multiple hiatus throughout its serialization particularly due to Inoue’a health issues. Working continuously for more than a decade on a weekly release basis took a heavy toll on his physical and mental health which led to series going on a 2 years hiatus in 2010. In an interview with CNN, Innoue mentioned that he was only getting 2-4 hours of sleep in order to meet his deadlines which is the sad truth of manga industry.

During an interview in 2010 when asked about his hiatus he replied by saying:

“Well, speaking in terms of what I want to do: As I said before, I really don’t at all have the urge to work on it right now, but I do know that if I don’t work on it, I’ll be in trouble down the road, and that’s basically what was keeping me going up until I went on hiatus. I don’t think that’s a good way of going about it. My hope is to stay away from Vagabond until all those unnecessary worries and emotions are gone and I’m ready to draw it because I want to draw it. I’m not sure if I’ll be allowed to wait that long, though.”

I see this hiatus as sort of a death for myself as an artist, which sounds like a pretty dramatic way to put it, I realize, but there’s so much baggage that I’ve been dragging along for so long, and I know I’ll become a much better artist if I shed all of that. After I return to that state of innocence, the manga I make will be several times better than what I’m capable of now, I’m sure of it. If I prematurely go back to working on it before that, I’ll just end up going through this all over again. I mean, I’d manage to churn out something decent, I suppose, sheerly out of a sense of professional duty– but it probably wouldn’t be anything outstanding. Although, really, the fact that I’m still talking about making it something “outstanding” is itself a sign that I’m still carrying that baggage around. Anyway, I’m not touching Vagabond for now, because I think that’s what I need to be able to eventually produce something that feels right to me”.

After eighteen months, Vagabond returned to Weekly Morning as a monthly series in March 2012, but there was a visible decline in the manga’s quality. His ultra-detailed drawing was substituted with a more minimalistic art style. This was extremely evident in Vagabond’s infamous, farming arc. Afterwards it went into another hiatus in February 2014 which was only supposed only supposed to be of four months however, but lasted till January 2015 and the series once again went to hiatus in May 2015 and that brings us back to today.

The last time Inoue spoke about Vagabond was in an interview in 2015. When he was asked whether he had any idea when the series would end, Inoue responded:

“A few years ago I said Vagabond would end soon, but… I’m sorry (laughs). Manga is a living being which grows along with the characters, whose final destination and evolution is something I never know, so I can’t say when it is going to end.”

Another reason for Vagabond’s long hiatus can be traced back to his another ongoing series, Real.

Real is a sports manga which focuses on disabled basketball players and started serialization in 1999, a year after Vagabond began. There were times when Innoue worked on both manga simultaneously and moments when he took breaks to work on Real. It also experienced it’s fair share of hiatus and went to an indefinite hiatus starting in 2014, and returned back in August 2019.

Basically Innoue was completely burnout from drawing two manga simultaneously in the hellish work schedule the industry offers and decided to take a break to focus on his life, health and his love for basketball. But with Real back this year, is it about time when we expect the big return of Vagabond with its next chapter?

Vagabond Chapter 328 Release Date and end of hiatus: Will it Ever Return?

Will Vagabond ever return hiatus? This is a question that everyone has been asking since past 5 years. Inoue’s certainly has improved a lot better in last few years. He has been very active on twitter lately and continuously has been releasing new chapters of Real since last year. So with real back from 4 year long hiatus, it is safe to Inoue will return definitely return one day to put an end to the legendary tail of the greatest samurai ever known in enemy.

Just like his characters Inoue isn’t a quitter and he has shown this from time to time through his passion for drawing his characters with utmost perfection. Even after going on multiple hiatuses in the past, he has always returned. So let’s hope he does so again with Vagabond, one day, more determined than ever!

Still if you can’t wait to see the ending of this epic tale then you shout check out novel by Eiji Yoshikawa which the story is based on and is considered a classic literature worldwide. Many translations are available online to buy.

We will keep on updating you as soon as we get any more news regarding this. So stay tuned. 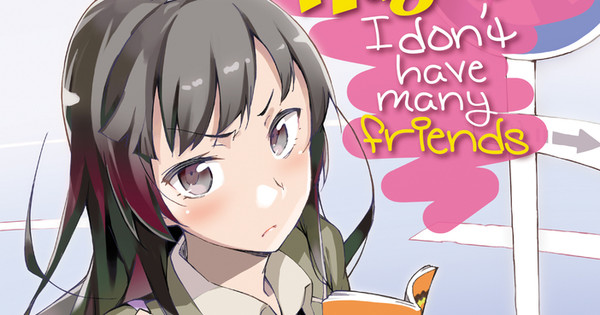