I'm in an awkward position reviewing this film, because it's impossible for me to talk about the basic plot without mentioning spoilers. The main spoiler moment is actually in the trailers, though, so hopefully I can be forgiven for writing a spoiler review this time. If you haven't seen the trailers and want to go into this film without knowing about the story, then by all means give this review a miss. For everyone else, here's your spoiler warning up-front.

Like the Violet Evergarden I: Eternity and the Auto Memory Doll side story film, Violet Evergarden: The Movie is a sequel to the TV series. Although you don't need to watch the side story film before this one, that previous film also portrays the more confident and expressive Violet whom we follow in this film. Violet has thoroughly matured and settled into her role as a Doll, but she still pines for Gilbert. The TV series ended with her realizing the meaning of both love and grief, but even at the end of it, she still maintained her hope that Gilbert is alive. In this film, her feelings finally get closure.

I suppose I don't need to beat around the bush about it any longer at this point, but yeah, Gilbert comes back. It turns out he's been living his best life on a tiny island. As for why he's there or why he hasn't contacted Violet, I don't intend to spoil that much. But suffice it to say, there is some drama and conflict in this film to justify the two-hour length.

The fact that Gilbert returns at all will undoubtedly be a point of contention among fans. The first season ended without any confirmation of his status either way, but there were multiple fake-out moments where you're briefly given the hope that he might have survived the war only for it to turn out to be inconclusive. Although I'm sure that there will be some who will argue, quite reasonably, that Gilbert's return cheapens Violet's character arc, I'm of the opinion that it works just fine. I always felt that the story of Violet Evergarden was about her learning the meaning of love rather than necessarily the permanence of loss; although she grieves for Gilbert, she has always believed that he is alive somewhere. Now that she has learned about love through interacting with other people, I think it's fine for him to come back.

Even as this film confronts the situation with Gilbert head-on, it doesn't forget that this is still primarily a story about Violet's growth as an individual. This is reflected in the narrative structure, which weaves three separate yet intertwining stories. The first, set several generations in the future, is about a girl exploring Violet's legacy as an Auto Memory Doll. The second story is about an ill boy who commissions Violet to write a letter for his family for when he passes away, while the third is about Violet and Gilbert's reunion. The stories are only loosely connected, but I think of them as statements about Violet's future, present, and past respectively. When put together, this film is like a cumulation of everything you need to know about Violet Evergarden as an individual.

In some ways, you could describe this film as a greatest hits album. I don't think it's a coincidence that the future story is framed around the events of episode 10, which is widely considered the most tearjerking episode of the series. That was the story about the girl who received letters from her mother every year for her birthday, long after her mother dies of illness. The story about the ill boy in the present also strikes similar notes, with Violet briefly suggesting the same approach of writing letters to be read years afterward. It was obvious from the moment that the premise was introduced that this was going to end with every character bawling their eyes out, and that's exactly how things play out. There isn't a single surprise in this film for anyone familiar with the anime's heavy-handed approach to emotions.

It's not as if the film strikes any particularly wrong notes, but it definitely feels to me that the two-hour length was a detriment for the kind of storytelling it was going for. Violet Evergarden works best in short and sweet installments; the emotional climaxes get too exhausting to watch otherwise. It's primarily for this reason rather than anything else that the Violet and Gilbert plot falls flat for me. I think it could have worked better if its resolution didn't come straight after another big tearjerker scene. I did cry watching this film, but grudgingly, and not at every part where it clearly wanted me to cry.

Visually, this film retains the strengths of the TV series, but there are some extra flourishes here and there. One crowd scene early on in the film contained multiple 2D characters walking around throughout the entire sequence. It was a flex on the level of the climax of A Silent Voice, but it comes early and the direction doesn't even draw obvious attention to it. That's the kind of brilliance that you can only see from a Kyoto Animation anime. The other thing that stood out to me was the crying. There are a lot of scenes where people twist their faces in an attempt to hold in their emotions before they inevitably lose control, and all of these parts are drawn with such delicate precision that it's easy to forget just how difficult it is to draw such expressions convincingly.

So, yeah, there were a lot of things to like about this film and the plot itself is par the course for this series. But it definitely struck me as kind of a messy experience overall. The future plot frankly didn't add much, and I would have appreciated the experience better if it were broken up into smaller parts. But it works well enough as a sendoff to Violet Evergarden, and I'm glad to see that the ethos of Kyoto Animation remains bright and strong through this lovingly-crafted production. 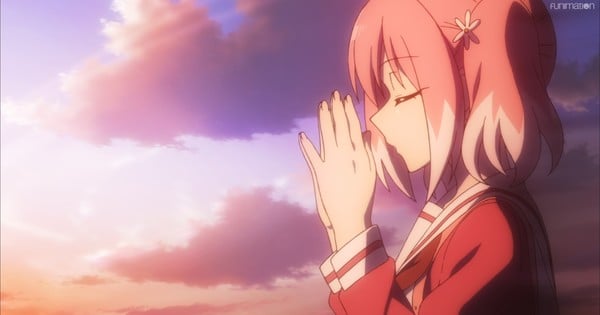 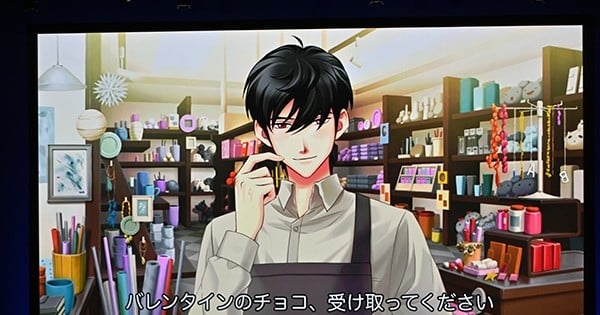 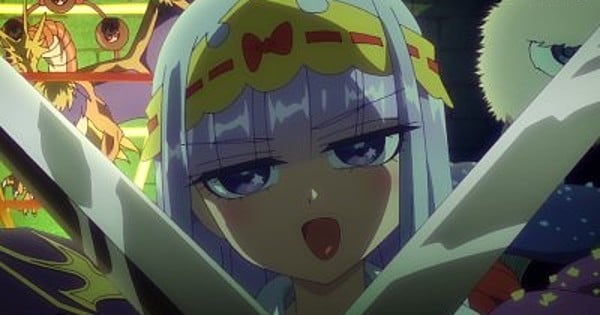