Want to “Support the Creators?” Here Are Actual Ways to Do It

Among online anime and manga fandom, there’s been an ongoing narrative about “supporting creators, not companies.” Often presented as a noble justification for piracy, where the companies that own the rights to either creating or translating the works are greedy exploiters of the artists, authors, and other contributors, the idea is that it’s better to buy merchandise instead. This is, in short, a very faulty understanding of how the anime and manga industries work.

However, if we’re to take at least some of these sentiments as genuine and merely misguided, there are actually outlets to support anime and manga creators more directly.

One cause worth contributing to is the Animator Dormitory Project, which began in 2014 and aims to provide affordable housing to young animators for the first three years of their careers. Animation is grueling work, and a lot of young animators fall out of the industry after three years because the salaries are abysmal—sometimes less than $300 USD a month.

Related to the Animator Dormitory Project is founder Sugawara Jun’s other idea: the New Anime Making System Project. The basic gist is that it’s hard for animators to unionize both because of historical reasons, and that the animation studios themselves often don’t have enough money to sustain unions even if they wanted to do so. Sugawara’s idea is to have animators work on short music video projects for musicians from all around the world, and pay them more—eventually two to four times what they’d make otherwise, if all goes well. Compared to the Dormitory Project, I believe this one could be even more attractive fans who are skeptical of the production committees and companies who oversee anime production. It holds the potential to transform the industry as a whole for the better.

But maybe someone is really in love with the idea of supporting a creator directly. In that case, it’s not wholly out of the question. Some artists, both professional and amateur, have turned to Patreon-esque sites such as Pixiv fanbox and Fantia, which allow fans to directly donate to the authors either in general or for specific projects. You might just be able to find one of your favorite creators on those sites.

For example, I discovered that manga artist Matsui Katsunori (artist on La Sommelière) is currently trying to restart his Mixed Martial Arts-themed fighting manga, Hana Kaku: The Last Girl Standing. I learned a couple years ago that the manga had ended rather abruptly, so I’m glad to see him try to continue this series. I really love what I’ve read of it, and I think sites like fanbox and Fantia give a platform for passion projects that might not have been deemed as mainstream-viable.

Buying manga and anime legally and signing up for legitimate digital services will still, of course help creators out and contribute to their financial success, even as structural issues in these industries still exist. That said, if anyone feels sincerely passionate about “wanting to support the creators,” in a more direct fashion, I hope you’ll take one of the options listed above, or perhaps even try to find other possibilities. 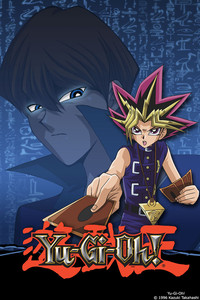