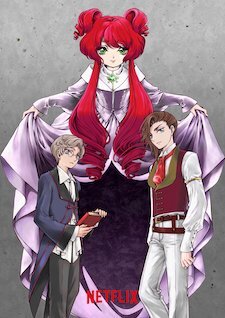 Global streaming platform Netflix unveiled a new anime project tentatively titled Grimm during the Netflix Animation Studio Focus Panel at the 2021 Annecy International Film Festival on Tuesday. The panel also revealed a teaser visual (pictured). The final title of the anime project has yet to be revealed.

The anime series will be based on the fairy tales by the Grimm brothers and will interweave elements of horror and suspense. Wit Studio (Shingeki No Kyojin) is producing the anime project, with Michiko Yokote (xxxHOLiC) penning the script. All-female Japanese manga group CLAMP (Blood-C) is credited for the original character designs.