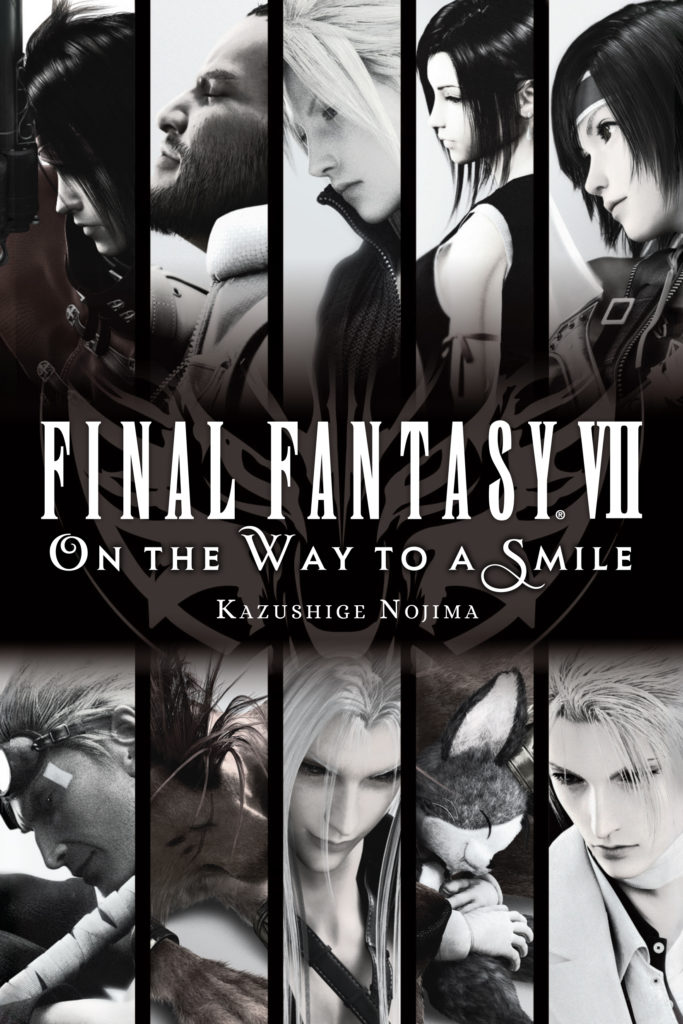 Final Fantasy VII: On the Way to a Smile
The apocalypse is over, but the journey is only beginning.

The world may not have ended after the Meteor fell, but life has forever changed for the survivors of the cataclysm. Mako is no longer a viable source of energy, and an incurable new disease is spreading amid the societal upheaval. But even when brought face-to-face with grief, regret, and despair, people will find a way to pave their own path to the future-to stand tall and live.

This collection of short stories serves as an epilogue to one of the most beloved installments of the hit Final Fantasy video game series, as well as a prequel to the cinematic follow-up, Final Fantasy VII: Advent Children. A must-own for enthusiasts and newcomers alike! 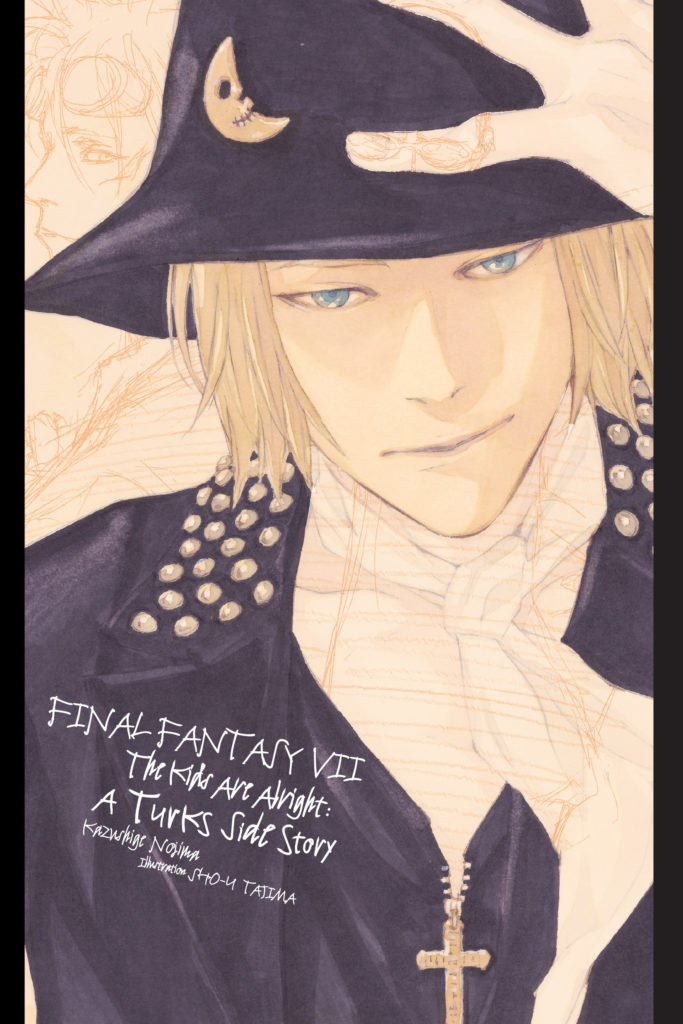 Final Fantasy VII: The Kids Are Alright: A Turks Side Story
I thought my place in the world was gone, but the world is so much bigger than I ever realized.

Evan Townshend is just one of many who lost everything during Meteorfall two years ago, and like the others, he has had to rebuild his life. In his case, this means working for Mireille’s Investigative Services, a small company that tracks down missing friends and family. But when a case of mistaken identity drags him into a run-in with the Shinra Company’s intimidating Administrative Research Department (better known as the Turks), Evan and his fellow investigator Kyrie Canaan begin a journey to discover the truth-about both the world around them and themselves.

And the truths they uncover may run deeper than they expect…Experience another side of the world of Final Fantasy VII with this prequel to Advent Children! 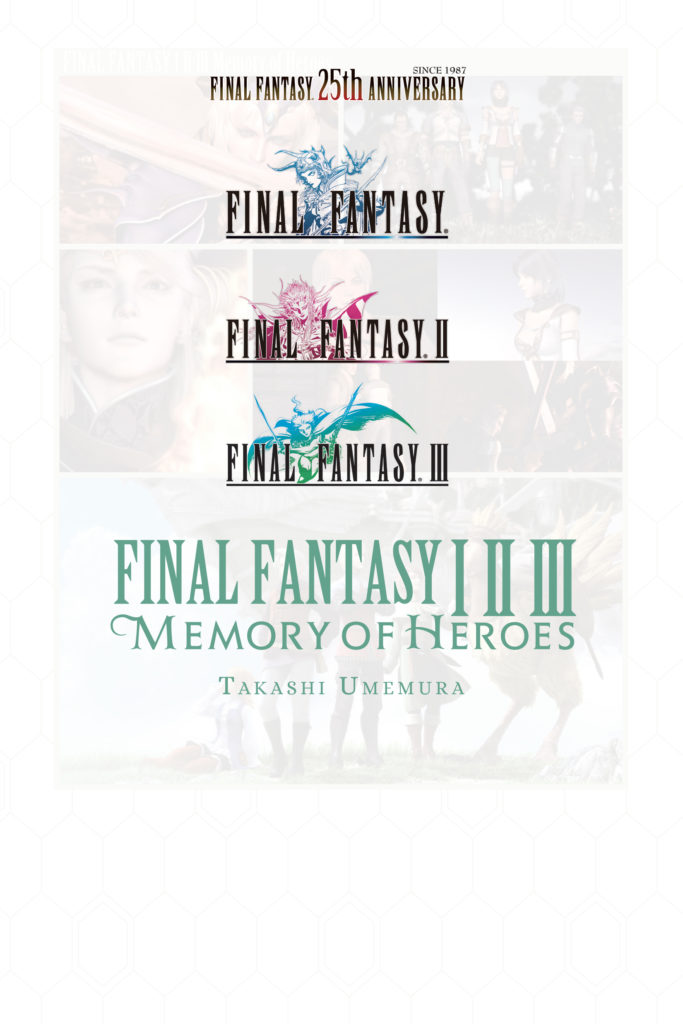 Final Fantasy I * II * III: Memory of Heroes
When darkness veils the world…

Light and darkness hold the world in balance-and should that equilibrium ever break, only the four warriors chosen by the Crystals can prevent inevitable ruin. This is the story of three times the balance shifted-and the three bands of friends who came together to save the world.

See where it all began with the novel adaptation of the first three stories from the classic Final Fantasy series, penned in celebration of its 25th anniversary! 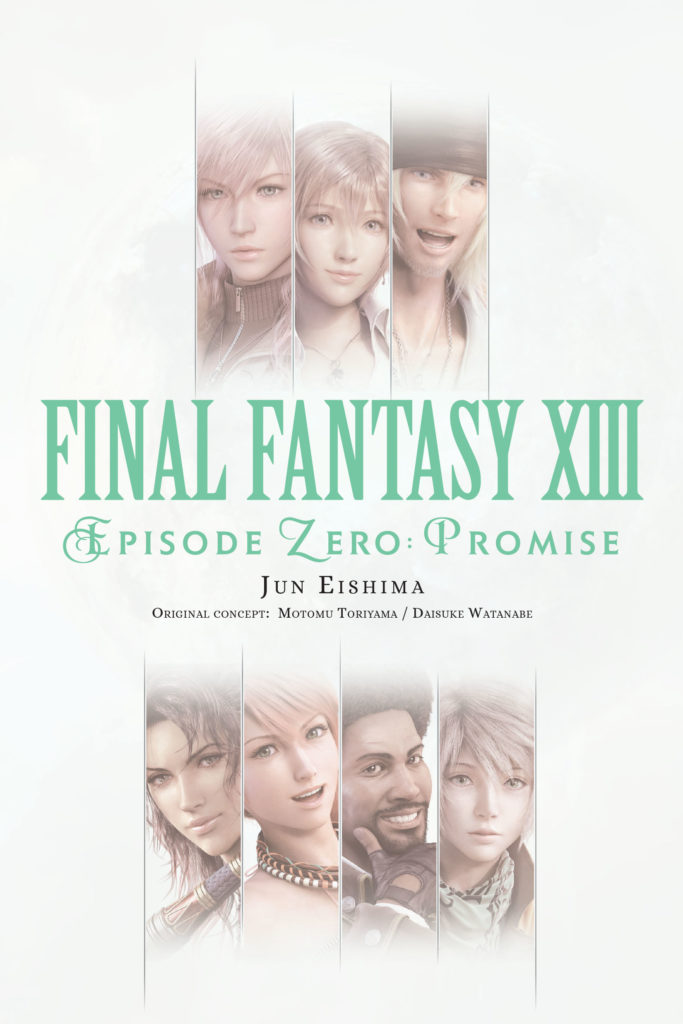 In the futuristic society of Cocoon, all the needs of the people are taken care of by the godlike fal’Cie. The only threat to their comfortable lives is the world of Pulse below, ruled by its own fal’Cie with their own intentions. And should trouble ever arise, the fal’Cie sometimes choose humans to do their bidding-and life will never be the same for these people marked by fate.

Before the unlikely heroes of Final Fantasy XIII banded together, each had their own story to tell. This series of short stories chronicles the last few days before their encounter with a fal’Cie, providing a deeper look at the characters of the hit game! 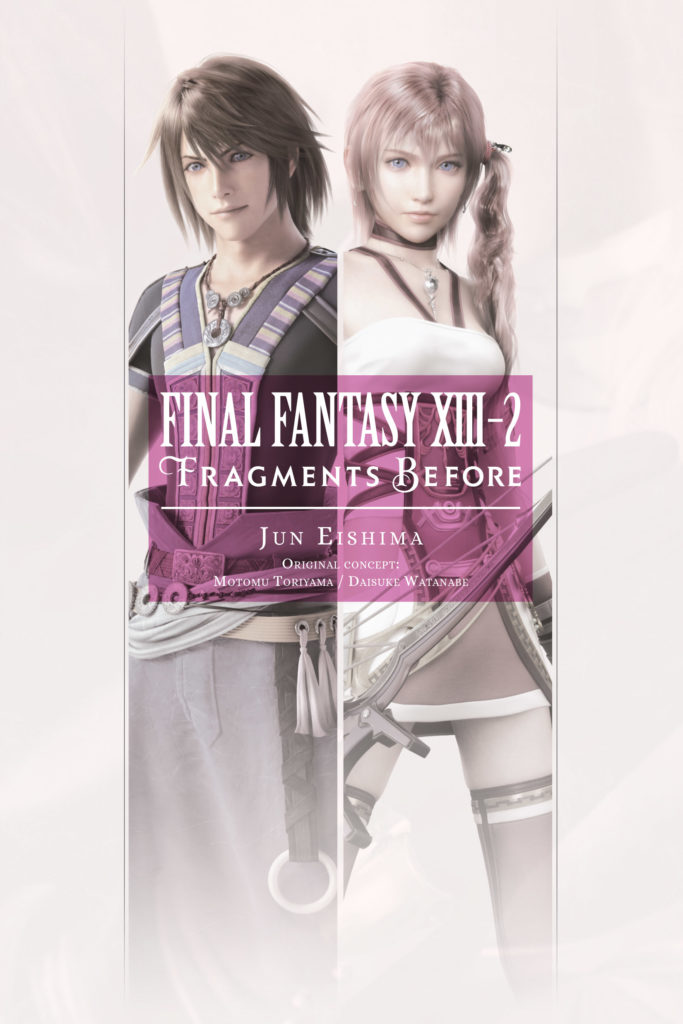 Final Fantasy XIII-2: Fragments Before
After the fall…

Serah remembers everything from the day Cocoon fell. She remembers waking up from her long sleep and learning the truth of the crystal pillar that saved everyone. Most of all, she remembers her joyful reunion with Snow and Lightning-and setting out on a new journey with the two she loves most at her side.

So why isn’t that how it happened?

Don’t miss this short story collection bridging the gaps between Final Fantasy XIII and its sequel! 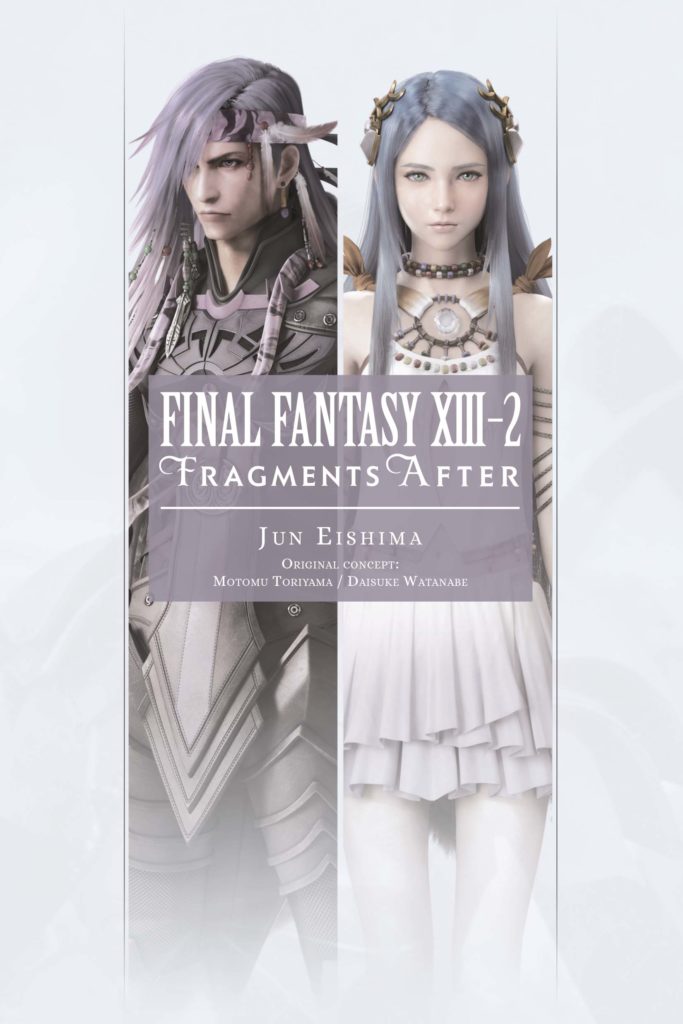 Final Fantasy XIII-2: Fragments After
After fate was changed… and changed again…

With temporal distortions and paradoxes threatening the very future of humanity, Serah and Noel have begun a journey through time itself to make things right. Their efforts have altered the course of history several times over, but they couldn’t have done any of it alone. Each step of the way, friends, family, and loved ones were supporting them-sometimes in ways they couldn’t see.

This collection of short stories tells the other side of Final Fantasy XIII-2, bringing together the different eras of the hit game! 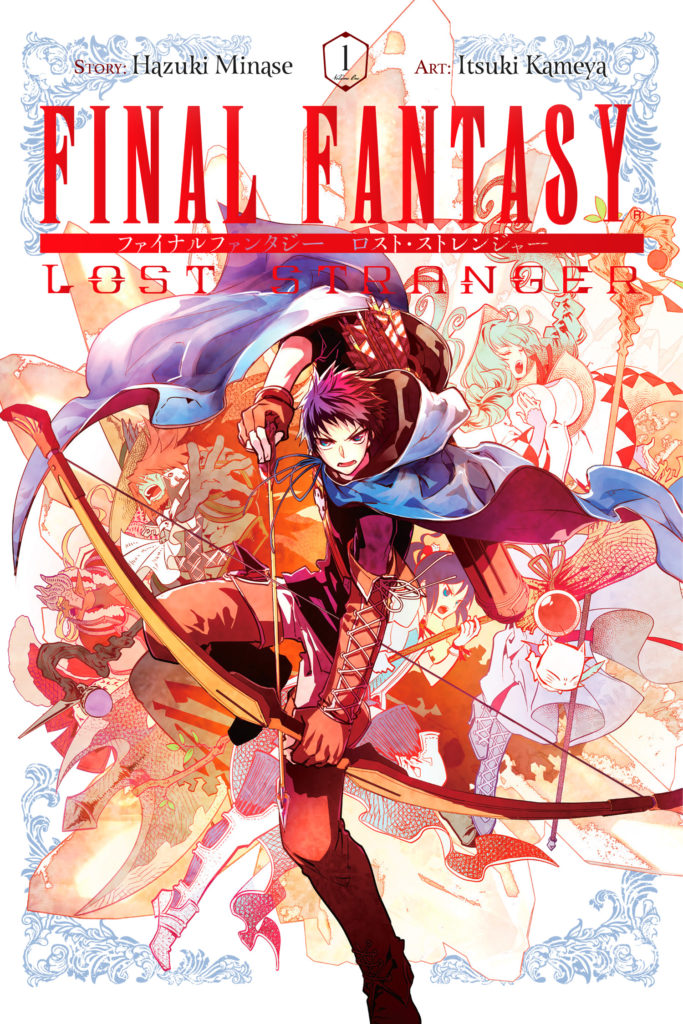 Final Fantasy Lost Stranger
Square Enix employee Shogo Sasaki has a big dream-to produce his very own Final Fantasy game with his sister, Yuko. But after the siblings are involved in a truck accident, they awaken to realize they’ve left their world behind…and fallen into the world of Final Fantasy! After coming to grips with the situation, they meet some new friends, join a party, and accept their fate as adventurers. But when danger approaches, Shogo will discover that his encyclopedic knowledge of the games can only take him so far… 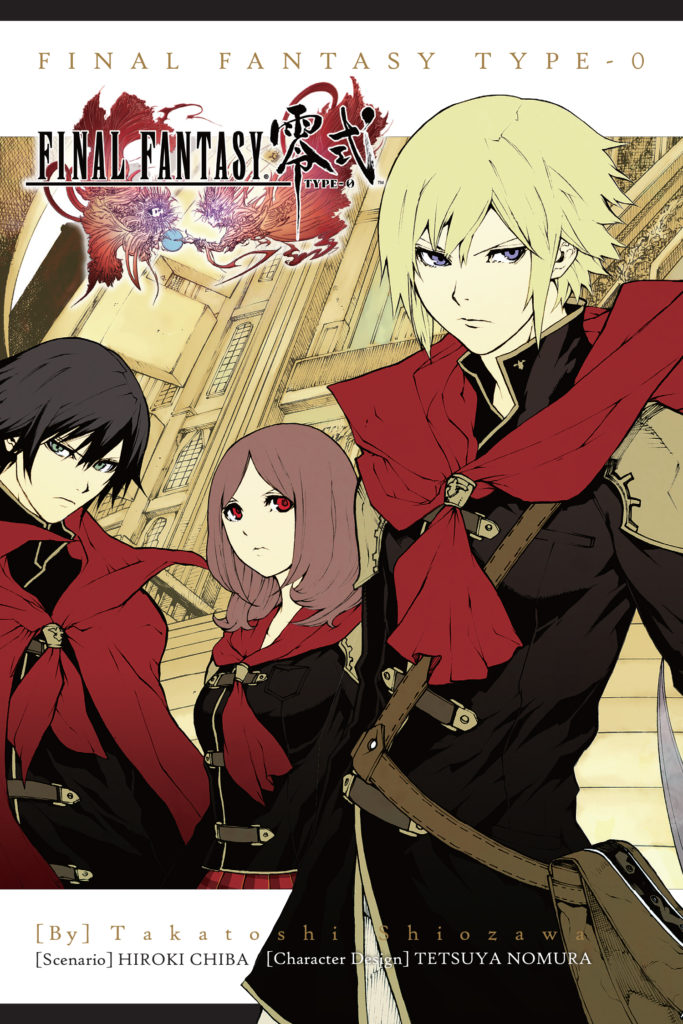 Final Fantasy Type-0
The cadets of Akademeia’s Class Zero are legends, with strength and magic unrivaled, and crimson capes symbolizing the great Vermilion Bird of the Dominion. But will their elite training be enough to keep them alive when a war breaks out and the Class Zero cadets find themselves at the front and center of a bloody political battlefield?! 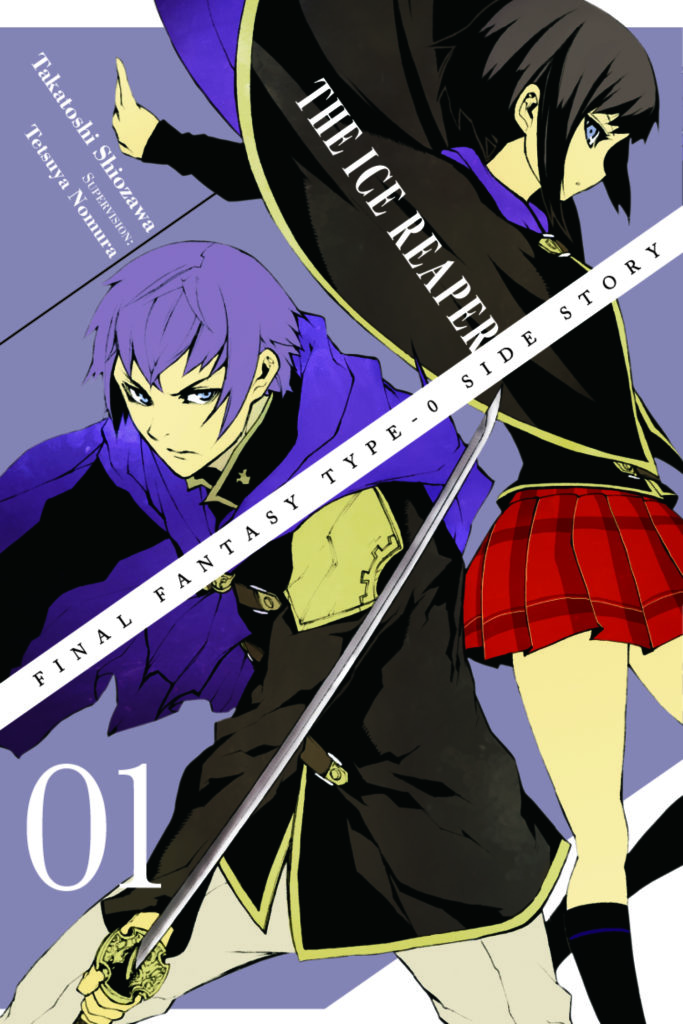 Final Fantasy Type-0 Side Story
Before commanding Class Zero of the elite magic academy Akademeia, before a bloody tragedy unfolded before his eyes, Kurasame was simply an Agito cadet of Class Three.